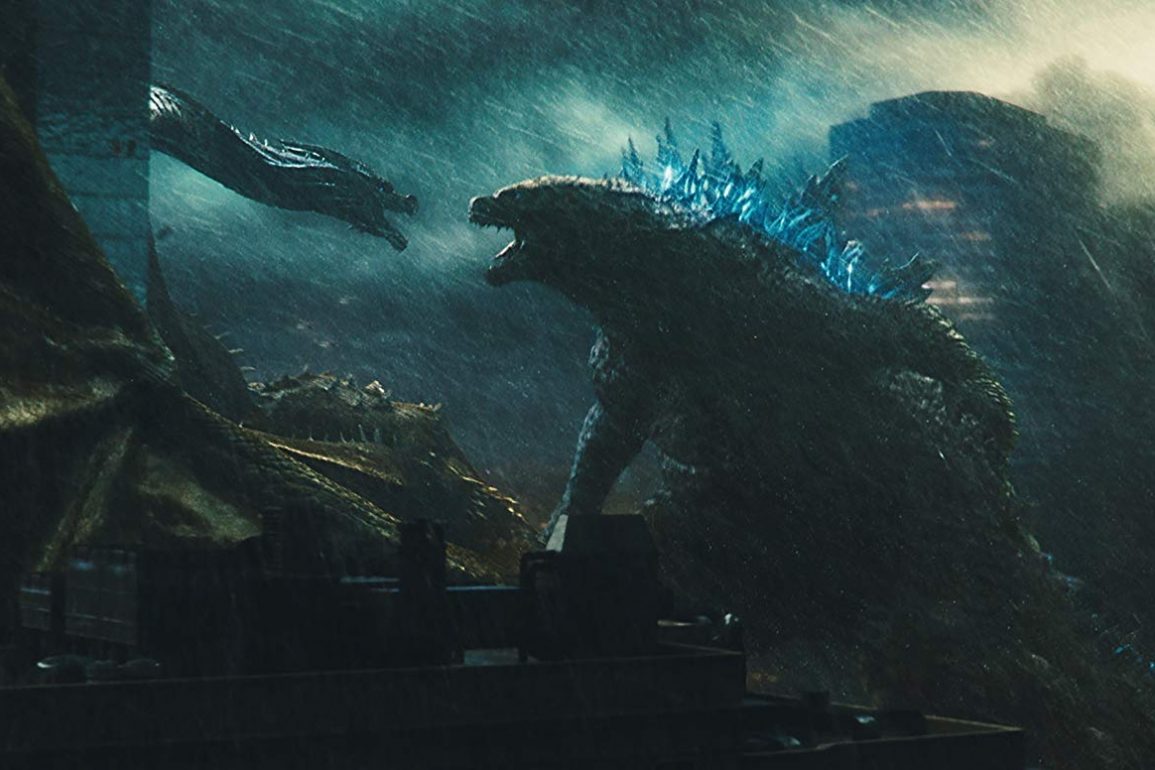 Godzilla: King of the Monsters (2019) Review

Godzilla is back and bigger and better than ever and King of the Monsters gave me everything I wanted to see from a Kaiju movie. There is plenty of action, stunning visuals and a sense of scale that is rarely seen in modern blockbusters. Long Live the King!

Plot: The crypto-zoological agency Monarch faces off against a battery of god-sized monsters, including the mighty Godzilla, who collides with Mothra, Rodan, and his ultimate nemesis, the three-headed King Ghidorah.

Review: Critics as expected haven’t been too kind to this movie; Empire was especially condescending but their reviews have been irrelevant for years and frankly I lost any respect for them when they gave Attack of the Clones 5 stars but they give King of the Monsters 1 star? Bitch please. Then USA Today described it as “absurd”, of course it is you pretentious prick; it’s a fucking monster movie.

I’m not really sure what they were expecting but I went into Godzilla looking for big monsters punching each other in the face so for me King of the Monsters delivered everything I wanted. Come Oscar time it deserves to win Best Special Effects as the visuals are simply stunning with such a sense of scale. When any of the Titans are fighting they seem genuinely massive and we humans are mere ants trying to stay out of their way. The devastation they cause is close to Armageddon and it truly feels like mankind’s last stand.

There is still very much a human story at the heart of King of the Monsters with Vera Farmiga, Millie Bobby Brown and Kyle Chandler playing a family devastated after Godzilla’s initial “attack” in 2014 where they lost their son/sibling Andrew. Chandler’s character Mark hates Godzilla for what he did to their family and thinks all the Titans should be destroyed however, the events of the film just might change his mind. Admittedly I think Chandler is the weakest link of the movie as some of his line delivery isn’t the greatest where he comes off like he’s trying too hard to be dramatic but fails.

Farmiga and Brown though never disappoint and Emma (Farmiga) is a more interesting character than the trailers portrayed her as. She is driven mad essentially from grief so her joining forces with eco-terrorist Jonah (Charles Dance) may have seemed like a good idea as they want to restore balance to the world and they believe the Titans can do this.

I was thinking that their reasoning was a little like a certain other Titan Thanos’ where wiping out half the world may serve the “greater good” but in actuality it’s even more monstrous than the Titans themselves.

Some of the dialogue is rather hackneyed and at one point someone actually says “may God have mercy on us all!” which had me and my brother smiling.

But enough about the boring human stuff; what about the monster flavoured smashy smashy? Well King of the Monsters has no shortage of that and King Ghidorah steals every scene as he is truly a terrifying creature and when he first makes his entrance in Antarctica it’s pure spectacle that is a joy to behold. All of the monsters look incredible and as I said the sense of scale is amazing. Rodan and Mothra look better than ever and when Rodan first appears it’s pure blockbuster nirvana.

Where the 2014 movie would frustratingly pan away from the creature action just as it was getting interesting King of the Monsters puts us right in the middle of it so we get to enjoy every smackdown. It still happens at times but it’s not quite as noticeable this time around making for a generally more satisfying film for me at least.

It’s a very blue movie which I’m sure you picked up from the trailers and a little too much takes place at night but there is still plenty of daytime action. There are so many moments that had me cheering to myself as Godzilla is now a total hero and hearing his classic theme tune again just made the movie for me. As I said in my review for Bear McCreary’s score the other day the music is jaw dropping and easily the best score of the year and watching the film in IMAX is essential for maximum enjoyment.

Overall, Godzilla: King of the Monsters is what you go to the movies for; it’s not a flawless film but it sure as Hell deserves more praise than what critics have given it purely from a technical standpoint. Godzilla and the other Titans have never been bigger or better looking and there are some tremendous set-pieces which literally had me saying “wow” which I rarely say in any movie these days. This is a monster movie and it doesn’t try to be anything more than that so enjoy it for what it is and get ready for Godzilla vs. Kong.