Godzilla: King of the Monsters is one of the best monster movie scores of all time with plenty of throwbacks to the original themes and a bold new sound.

Review: Keeping in with my Godzilla themed Friday I thought I would review the score to Godzilla: King of the Monsters and I had a feeling it would be rather epic and I wasn’t mistaken. Bear McCreary has created one of the best music scores of recent times proving once again he is one of the most talented composers working today.

I was fangirling at various points throughout listening to this score and that’s even without the visuals from the movie which I now know is going to be simply awesome.

Vintage Godzilla fans rejoice as King of the Monsters restores the iconic themes for ‘Zilla & Mothra but giving them a modern update and they have never sounded better. The Main Title will blow you away but it was Battle in Boston which made my jaw drop as the classic Godzilla theme is used; we also have the addition of Asian war chants which occur regularly guaranteeing this is going to be a battle for the ages.

It is a visceral assault on the senses and one of the most bombastic and thrilling scores I’ve heard in years. One thing that had been sorely missing from so many recent movie scores was the leitmotif where certain characters have their own theme tune and thankfully King of the Monsters restores the tradition.

The score is out from today and if like me you love to totally immerse yourself in a movie then I would recommend picking this up immediately.

Overall, the score to Godzilla: King of the Monsters from Bear McCreary delivers everything you could possibly want from a creature feature soundtrack and it now makes me want to go stomp on some cities for good measure.  An instant classic. 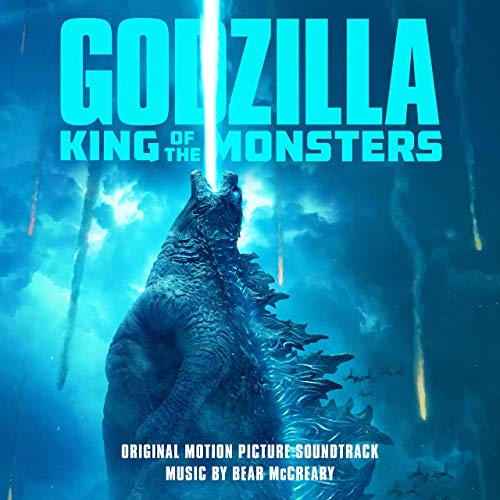