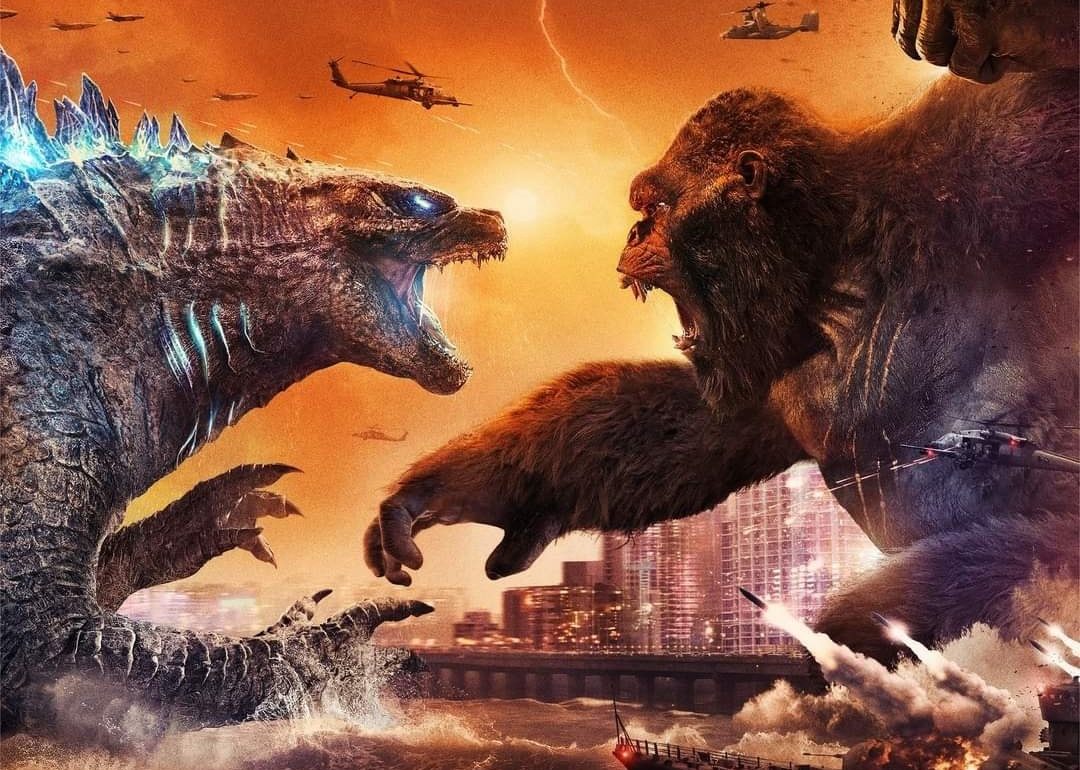 Godzilla vs. Kong is the first big blockbuster of the year and delivers the right amount of insanity and spectacle we would want with these two monstrous legends. The visuals are incredible and there are several scenes which filled me with a sense of wonder which is something I haven’t felt for a long time.

Plot: Legends collide in “Godzilla vs. Kong” as these mythic adversaries meet in a spectacular battle for the ages, with the fate of the world hanging in the balance. Kong and his protectors undertake a perilous journey to find his true home, and with them is Jia, a young orphaned girl with whom he has formed a unique and powerful bond. But they unexpectedly find themselves in the path of an enraged Godzilla, cutting a swath of destruction across the globe. The epic clash between the two titans—instigated by unseen forces—is only the beginning of the mystery that lies deep within the core of the Earth.

Review: *I’m afraid there are major spoilers ahead so if you haven’t watched the film yet and don’t want to know anything then come back after you’ve watched it.*

I feel like we’ve been waiting for Godzilla vs. Kong forever as it had its released date changed so many times; thanks to stupid Covid I didn’t get to see it in an IMAX theatre where it belongs (as all of them are still closed here) but I have a decent television and sound system in my apartment, so it did the job.

I’ve enjoyed all of the recent Godzilla (and Kong: Skull island) films and they each have their own visual style and personality, but are all telling one large, interconnected story. Godzilla vs. Kong goes for a lighter touch with an almost sci-fi feel which I wasn’t sure about for maybe the first 45 minutes but once the two Titans meet in the spectacular aircraft carrier sequence the film doesn’t let up.

As with every creature feature the real monster is mankind and it’s no different here with the APEX Organization wanting to make sure man remains the dominant species on Earth. We find out how they plan to take down Godzilla around the halfway point and if you’ve seen the trailers then you know what I’m talking about but just in case I won’t spoil it here. I’ll just say that it doesn’t disappoint giving us some truly spectacular action in the finale.

There are a lot of human characters but the only one that really matters is the young girl Jia (Kaylee Hottle) who is a deaf mute that uses sign language to communicate with Kong.

This creates a bond between them, so Kong is taken by MONARCH to search for what is known as the Hollow Earth where they think the Titans came from initially. While being transported they are attacked by a very pissed off Godzilla who has an ancient grudge against Kong. What ensues is a battle for the ages and one of the most genuinely batshit movies I’ve seen for some time.

Millie Bobby Brown returns as Madison Russell where she teams up with her friend Josh (Julian Dennison) and conspiracy podcaster Bernie (Brian Tyree Henry) to try to stop APEX from killing Godzilla.

Rebecca Hall and Alexander Skarsgård are also along for the ride as they try to lead Kong to the Hollow Earth but they are non-entities as far as characters so we never care about them in any way.

Kong himself is essentially the protagonist; the humans are just there to move the plot along but he has never had more personality feeling like a genuine character we care about. I was always #TeamKong but I was curious as to how this battle would go and why Godzilla was acting so aggressively.

Versus movies are usually cop outs promising a huge battle between two legends then having them team up to take down a bigger adversary at the end and although that is the case with this movie there is no doubt who wins and it is all profoundly satisfying. The set-piece in Hong Kong was reminiscent of Pacific Rim filled with wonderful neon visuals and practically faultless special effects. I normally dump on CGI because I’m a miserable old bastard but we really do sometimes take for granted the leaps in technology and the effects in this movie are some of the best I’ve seen in recent years with several jaw dropping moments.

Godzilla vs. Kong made me feel 12 years old again with its incredible visuals and imaginative ideas; the Hollow Earth theory is one that has been around for many years but never have I seen it brought to life so spectacularly. We were cheering away throughout that entire sequence and didn’t want it to end. This feels like the movies I grew up watching like Warlords of Atlantis, The People that Time Forgot, Journey to the Centre of the Earth and tales of that ilk.  It’s just pure wonderful escapism and by the time the end credits rolled I was left with a big goofy grin on my face.

Is it perfect? No, like I said the human characters don’t matter at all so we never get invested in them and it might be a bit too bonkers for some tastes with a far lighter tone than the previous entries.

Tom Holkenborg AKA Junkie XL’s score is suitably epic with hints of Godzilla’s theme but it pales in comparison to Bear McCreary’s King of the Monster’s score which is the best of these recent Godzilla movies.

Overall, Godzilla vs. Kong deserves to be a monster hit with some incredible visuals, imaginative set-pieces and a genuine sense of fun that has been missing from most of our lives this past year.  If you are able to get to a cinema to see this movie then try to find the biggest screen possible as you’re going to have a blast.