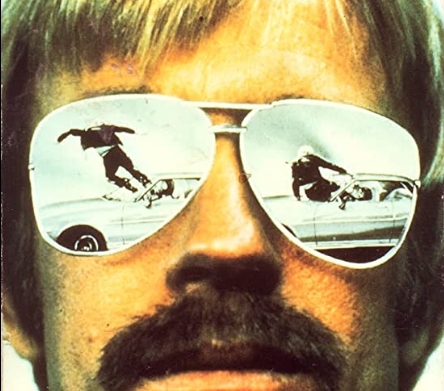 Good Guys Wear Black has a few entertaining moments and Anne Archer is at her stunning best but there is little in the way of action and the best scene of the film involves the bad guy being kicked through the car windshield. For Chuck Completists only.

Plot: Former soldier John T. Booker (Chuck Norris), who is now a teacher, takes a leave of absence when he learns his friends from Vietnam are mysteriously dying. Booker, who was part of an elite unit in the war called the Black Tigers, starts visiting his Army buddies to try to warn them that they are in danger. As more Black Tigers are killed, Booker connects the murder spree to a high-ranking Vietnamese official who is working with a U.S. politician (James Franciscus).

Review: I always thought the biggest selling point for this movie was the cool as ice poster with Chuck Norris sporting awesome sunglasses; the title itself Good Guys Wear Black is also a great name for a movie. Another plus point is the casting of a young Anne Archer who has always been totally stunning but her character is an interesting one whose motivations we question throughout.

Sadly, the movie itself is one of the most tedious of Chuck’s career; it’s very talky and only has a few brief fight scenes although the highlight is Chuck’s stuntman doing a fly kick through a car windshield and killing a bad guy which was amazing.

In Good Guys Wear Black Norris plays John T. Booker, a soldier who had been set up by his own people; he had moved on and after 5 years was living a normal life but suddenly the men in his unit are getting picked off one by one and his name is next on the list. You may think it sounds like Commando but at least with Commando stuff actually happens. The movie starts off with one of the ugliest opening title sequences ever but the scenes in Vietnam are decent with an impressive firefight.

It kind of feels like a prequel to the Missing in Action movies except not remotely interesting. Conrad Morgan (James Franciscus) is suitably slimy as the devious Secretary of State who has painted Chuck’s team known as the Black Tigers as double agents and his comeuppance is pretty satisfying.

Overall, Good Guys Wears Black drags the story out and never really gets exciting; it has a few brief fight scenes but generally it’s rather dull and not one of Chuck’s best.