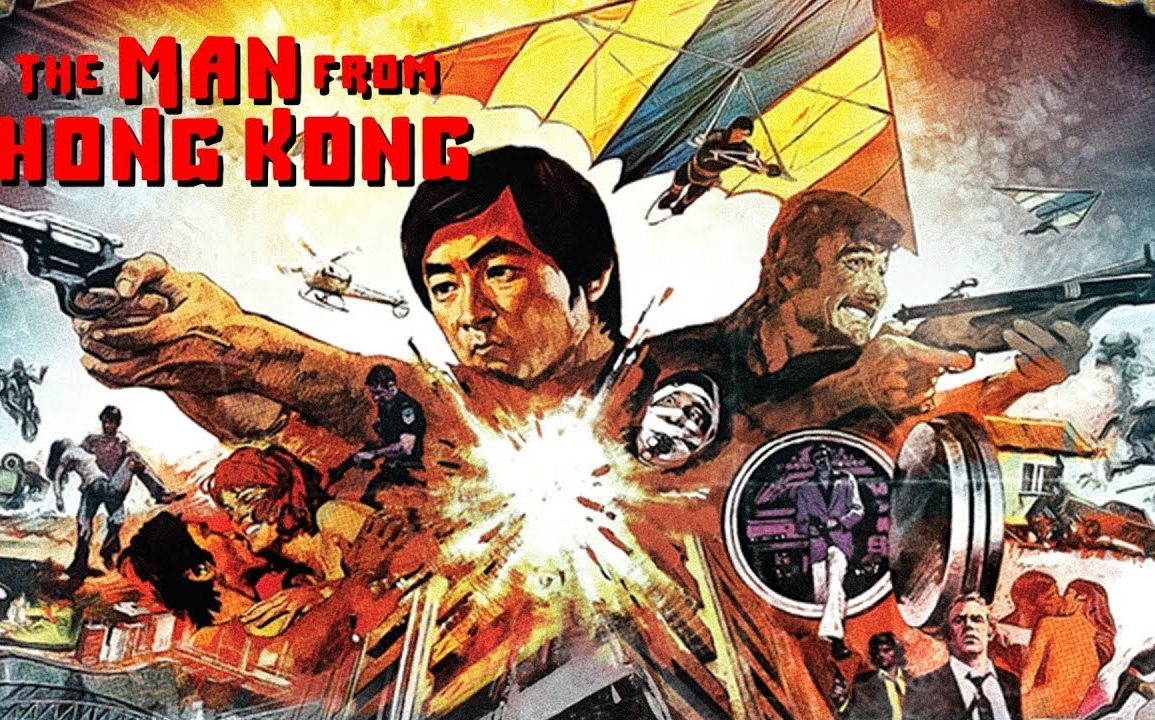 Plot: While on dispatch in Australia to extradite a drug courier, Hong Kong cop and martial artist Fang Sing Leng finds himself waging a one-man war against Jack Wilton, the most powerful kingpin in Sydney.

The Man from Hong AKA as The Dragon Flies was the directorial debut of Brian Trenchard Smith (with star Jimmy Wang Yu getting the credit in Hong Kong) and is easily one of my favourite action movies from that time period.

It stars Jimmy Wang Yu as a Hong Kong policeman called Fang Sing Leng who flies to Australia to bring in a captured drug dealer (Sammo Hung). When said dealer is executed Leng investigates further and discovers the real mastermind is local crime boss Jack Wilton (George Lazenby) who isn’t going down without a fight.

What ensues is an hour and 45 minutes of action movie nirvana as Leng fights practically all of Australia single-handedly. The Man from Hong Kong feels very much like a sequel or spin-off to Enter the Dragon clearly cashing in on its success but also a nod to the Bond franchise as well. There are constant jaw dropping stunts, fight scenes and car chases all of which still hold up.

There is a great dojo fight which is a nice tribute to Fist of Fury and one of the many highlights however, my personal favourite is when Leng is having a footchase with a goon (Grant Page) and they eventually end up in a restaurant and the whole sequence seems to last around 10 minutes.

I haven’t seen many films with George Lazenby outside of Bond so it was a revelation to see him as a villain in this movie and he looked good in the fight scenes too. He was a martial arts instructor in the Australian Army (with a blackbelt in karate) and apparently studied under Bruce Lee. I was reading that Lazenby was meant to meet Lee for dinner the night he died as they were planning on working together. Lazenby’s villain Wilton is a fun adversary with a rad mustache but he has maybe one of the most epic bad guy deaths of all time.

Let’s not forget the amazing kung fu sound effects which make every movie better; the music is gloriously seventies but how can you not love the main song Sky High?

What were we thinking in terms of fashion back then? So many awful (yet amazing) hairstyles and at one-point Leng wears a green suit… tut tut. No excuse for that unless you’re The Riddler…

It’s funny how this movie’s budget wasn’t even a million dollars and the action scenes are better than a lot we would see today. There is no substitute for the real thing and The Man from Hong Kong has it all. Sure, some of it is dubbed but anything you see as a flaw I see as just another aspect that makes this film so damn entertaining. I could watch this on repeat; it’s just such a blast.

Overall, if you’ve never seen The Man from Hong Kong you need to rectify it immediately; it’s got constant action, fights, awful clothing, hairstyles and nudity so really what’s not to love? You can blow it all sky hiiiiighhh!!!