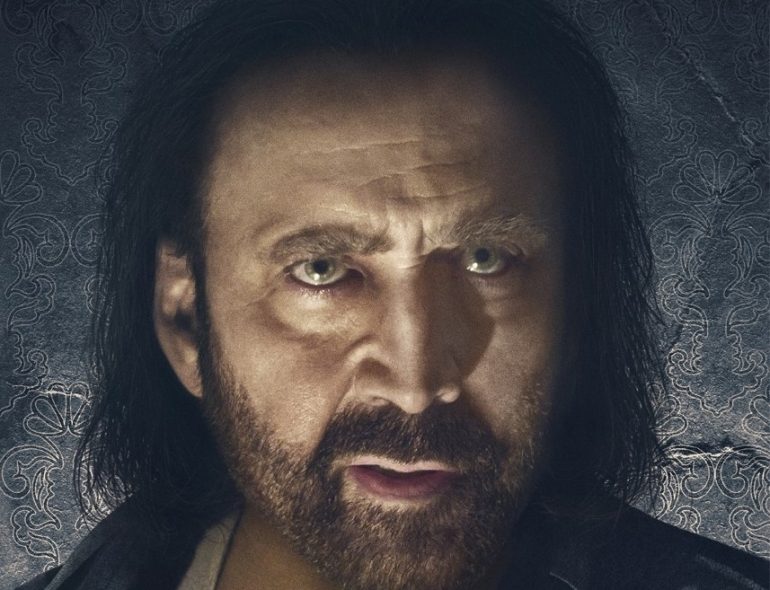 Grand Isle may not be action-packed but it is a tense affair with Cage showing more restraint than we’d maybe expect (although there are a couple of moments) and the Louisiana atmosphere works to the tale’s advantage.

Plot: A young father is charged for murder and must prove his innocence through recalling a very twisted and dark night of events.

Review: My first impression from the trailer for Grand Isle is that Nicolas Cage was returning as Cameron Poe but asking the all-important question what if he didn’t save the f**kin’ day and was in fact an evil, bullying douchebag?

The movie is described as an action thriller on IMDB but there isn’t much in the way of action until the second half. This is all about slowburn atmosphere and when our lead Buddy (Luke Benward) shows up to mend the fence of strange couple Walter (Cage) and Fancy (KaDee Strickland) his life takes a sudden downturn into a nightmare.

Buddy isn’t exactly perfect either with his own character flaws who is starting to get frustrated that his wife hasn’t let him touch her since they had a baby several months before. When he meets Fancy he is clearly taken with her immediately and vice versa… but is there something else going on?

Setting this in Louisiana is perfect as you can practically feel the heat and smell the moisture in the air from the approaching hurricane. Yes, a storm is coming in more ways than one and by the end lives will be changed forever. The set-design for the house makes you feel like something is immediately off with this couple and it doesn’t take long before Buddy finds out what. I don’t want to say anything else but the movie has a few fistfights but it’s mostly edge of your seat tension as you wonder where this unpredictable yarn will go.

My main thought while watching this movie was noting Cage’s hair and accent got me hankering for Con Air 2 which could still be a thing as he looks exactly the same as he did in 1997.

Cage of course does his usual overacting at times but that’s why he is always so much fun to watch on screen; no one but Nic could play Walter and it’s him that drives the film. Luke Benward is fine as Buddy who is just a character way out of his depth but it’s Cage that chews the scenery as is his wont.

Fancy is undeniably sexy and it’s no wonder Buddy finds her so alluring as any man would. From the get go though when she meets two young girls on her front porch you can tell this is a strange household with some dark secrets.

The first half of the movie builds up the tension, atmosphere and characters with a standout scene between Walter and Buddy talking about their military pasts. The problem is after all the build up it suddenly fizzles out with a rather anti-climactic finale that doesn’t go anywhere near as dark as I had expected or wanted. It’s all over far too quickly and if anything the movie should have been a little longer as by the time the end credits roll I felt a little flat and wanted more.

Despite the ending feeling rushed the rest of the movie is filled with atmosphere and the characters are engaging enough that it’s worth viewing.

Overall, Grand Isle is a sultry thriller that doesn’t have much in the way of action but Cage does what he does best and a supporting cast who give their all. It’s a shame it never goes as crazy or dark as it could have feeling like there was a little too much restraint as I wanted to see Nic freak out as only he can.