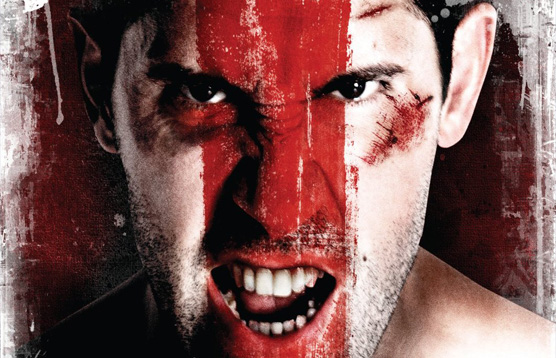 Green Street 3 is the best of the Trilogy with Adkins on top form and kicking ass better than the best of them. It’s stylish, well paced and with great action.

Plot: An old firm leader returns to Green Street for revenge after receiving a call that his little brother was killed, but is he able to cope with a new type of hooliganism and can he find his killer?

Review: From the trailers I was expecting this to be pretty grim and depressing; I wasn’t expecting it to be a Rocky-style movie mixed in with Bloodsport for good measure. Scott Adkins proves why he is one of the best in the business with a career-best performance and the best fight scenes you’ll see this year.

Adkins’ character Danny is sympathetic but at times you wonder if he’s enjoying beating people up just a bit too much; he’s meant to be looking for his brother’s killer and the only way for him to find out his to go back into the Old Firm. It makes him more interesting, rather than feeling sorry for himself and trying to avoid fights, he just barges right on in there which is refreshing.

Despite the fact that the rest of the guys are thugs, you take to them and root for them all the way through. Jack Doolan plays Gilly the current leader of the GSE, but he just doesn’t have what it takes to put them at the top. When Danny comes back to town, he begins to train Gilly and his boys how to fight properly.

There are a LOT of training montages, which maybe could have been cut down… nah, training montages are awesome. In this movie they are invigorating and after watching it, you’ll want to go to the gym.

Make sure to pick up the Blu Ray as it’s nicely shot with Britain looking slightly less grim than it usually does on screen… a bit. James Nunn is definitely a director to watch as he has a great eye for action, making this a far better film than I expected.

The score really stood out with some awesome electronica mixed with screeching electric guitars and it’s one of the best of the year.

Although the film is brutal, the violence is pretty stylized with some great martial arts; at only 89 minutes it rockets along and with every fight you are screaming for blood.

Kacey Barnfield plays the best looking barmaid of all time and although it’s unlikely someone THAT attractive would be working in a place like The Admiral, she is extremely pleasant to look at and she has great chemistry with Adkins.

Overall, Green Street 3 is the best of the Trilogy with Adkins on top form and kicking ass better than the best of them. It’s stylish, well paced and with great action.