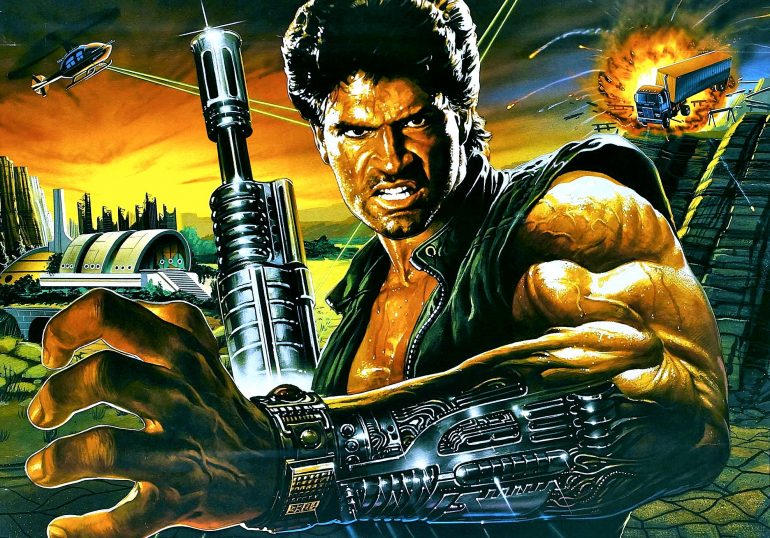 Hands of Steel has some decent action and it requires a few beers beforehand to be truly enjoyable, but there are better movies with similar stories, like Terminator or Universal Soldier.

Plot: A story about a cyborg who is programmed to kill a scientist who holds the fate of mankind in his hands.

Review: The one thing I noticed about this movie is that it has a very similar story to Universal Soldier, except this came out a few years beforehand. It’s a super low budget Italian sci-fi/action piece which was actually pretty disappointing.

I was expecting a super violent exploitation film and yes, it does have the odd bit of violence but nothing remotely shocking. It just looked incredibly cheap and although it has a “so bad, it’s good” quality to it, it wasn’t even that enjoyable.

The acting was (as you’d expect) pretty terrible with some awful dubbing but that is kinda what makes the movie entertaining.

For some reason John Saxon shows up as the villain and he must have needed the money at the time. He classes the movie up and easily is the best actor in it.

Daniel Greene is our protagonist Paco, a cyborg sent on a mission to kill a blind, disabled old man for reasons nobody cares about.

He suddenly develops a conscience and doesn’t kill the old man; his creators are less than pleased and think he needs to be shut down. A few fun fight scenes ensue, especially the bar fight with a guy called Raoul.

Greene plays the cyborg with no personality whatsoever, so I guess he may actually be the best actor of all time!

It has fabulously 80s style synth music which is pretty awesome and arguably the best thing about the movie.

Where the movie really kicks in is the last 20 minutes with Paco battling helicopters and trucks as they try to stop him from escaping. The action is rather cool with Paco punching holes through the bad guy’s heads.

I was hoping for a more interesting final scene though; the movie just sorta stops without any resolution so you’re left feeling pretty unsatisfied and wondering why you just wasted an hour and a half of your life.

Overall, Hands of Steel has some decent action and it requires a few beers beforehand to be truly enjoyable, but there are better movies with similar stories, like Terminator or Universal Soldier.