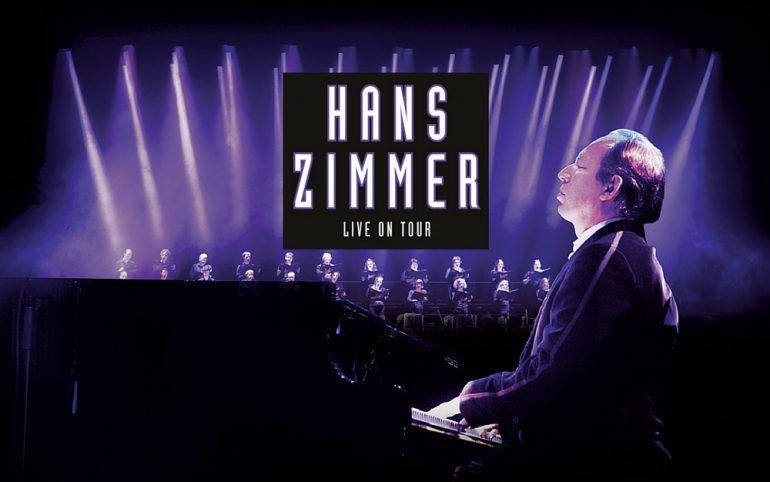 I’ve been a fan of composer Hans Zimmer since around 1989 when he provided the score to the Ridley Scott movie Black Rain. Since then he has grown to become essentially the rock star of film composition. With the music to Man of Steel, Gladiator, Wonder Woman, The Rock, Crimson Tide and The Dark Knight Trilogy (to name a few) under his belt Hans has become the go-man for modern action movie music. When I heard he was doing a live tour where he would be performing many of his classic themes in concert I knew tickets had to be in my life ASAP.

I’ll go as far as to say that it was one of the best nights of my entire life; hearing The Battle from Gladiator live was something I thought I would never witness and it didn’t disappoint. In fact the room may got gotten a little dusty when they performed Honour Him which was frankly beautiful.

It’s hard to pick out a favourite but I think Man of Steel and Wonder Woman were incredible and the audience screamed when Wonder Woman came on; Diana Prince has quite the following these days it would seem…

Crimson Tide was also a highlight although I probably could have done without the electric guitar on it but I’m just being a purist; the added choral element was spectacular though.

The biggest surprise of the evening though was The Amazing Spider-Man 2; a film I never paid any real attention to and the score didn’t really made any great impact either. However, this live version makes me want to revisit it as it was unlike anything I’ve seen or heard before. The musicians were truly at the top of their game and helped in transporting us to another world. There was a huge choir with some electric guitar making it all sound truly epic and we were all blown away by the end of it.

The Pirates of the Caribbean Suite was fantastic too especially considering I’m not a fan of the movies in any way but when Jack Sparrow’s theme came on the crowd went wild.

The Lion King I wasn’t as familiar with as it isn’t my kind of movie but the audience seemed to love it and it was beautifully done as were Driving Miss Daisy, Thelma and Louise, True Romance, The Thin Red Line, Da Vinci Code, Angels & Demons and Madagascar.

To be honest though, I would have gotten rid of Driving Miss Daisy and done The Rock instead which remains my personal favourite score of Zimmer’s; it was a shame that didn’t get played and I also wanted some Broken Arrow but I guess we all had to go home at some point and couldn’t stay all night.

The Dark Knight Trilogy was every bit as jaw dropping as I’d hoped starting off with Why So Serious and then escalating into Bane’s Chant so at that point I was ready to pass out.

The show ended with Interstellar with an encore of Inception (“Time”) which were both sublime.

Overall, if you get the opportunity to see Hans Zimmer live in your town then you really need to go as it will be a night you’ll never forget.