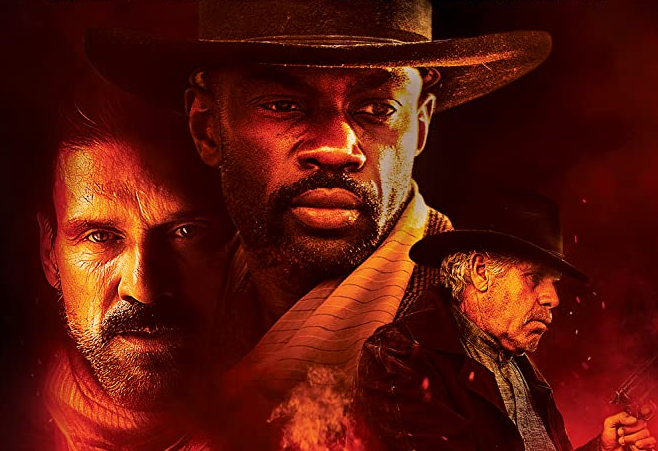 Hell on the Border is worth watching for Frank Grillo as a villain but David Gyasi is rather badass as Bass Reeves too. There isn’t all that much that’s memorable about it and it lacks that something to make it stand out in the VOD Western genre.

Plot: Arkansas, 1875, After shooting 5 men to save a judge and then going into Indian Territory after a lethal outlaw, Bass Reeves becomes the first black deputy marshal west of Mississippi.

Review: While there are no new theatrical releases coming soon, I’m catching up on some under the radar movies I may have missed over the past few months. Hell on the Border came and went to VOD with little hype a while back but it had been on my “to watch” list.

With a cast that includes David Gyasi, Frank Grillo, Ron Perlman, Gianni Capaldi and Marshall Teague expectations were high. So did it live up to them? Well some of it did; the cast all did the best they could with Grillo as always making for an effective villain who is more than just a bad guy; he actually feels like a human being haunted by the loss of his family.

David Gyasi is our protagonist Bass Reeves who would become the first black deputy Marshal west of Mississippi (as the plot says). He’s a man of few words but has a brooding intensity that reminded me at times of a young Denzel making him quietly badass. It’s a shame he doesn’t get to show more personality but that’s the character which admittedly made him a little less interesting.

The supporting cast are all decent enough, but I just thought the film looked cheap lacking any real visual flair that would make it stand out. As our own Shawn Gordon said in one of his recent reviews the majority of modern Westerns are mostly released straight to DVD/VOD so they don’t have much in the way of a budget. I like my Westerns to have some sweeping vistas, but Hell on the Border didn’t have any of that just giving us a bleak winterscape which I imagine was the idea.

In terms of action we get a few shoot outs and Reeves showdown with Dozier (Grillo) at the end is satisfying enough.

This is Volume 1 in the tale of Bass Reeves so hopefully with Volume 2 they get a bit of a bigger budget, so it looks a little glossier.

My favourite aspect was the score which had some cool twanging guitars and harmonicas which worked well; some of the more modern songs felt out of place though and I could have done without them.

Overall, Hell on the Border is an entertaining Western and the idea of telling the story of the first black deputy Marshal is a good one; the supporting cast all do the best with what they’re given but it just lacks that something to make it stand out.