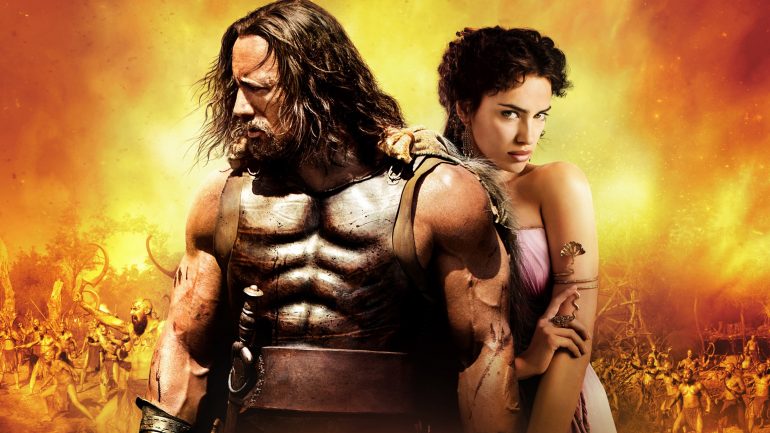 Hercules was surprisingly a lot better than I was expecting and although the first half isn’t exactly inspiring, there is enough action to keep it an entertaining Saturday night movie. If we get another Hercules movie with Dwayne Johnson I would definitely check it out.

Plot: Having endured his legendary twelve labors, Hercules, the Greek demigod, has his life as a sword-for-hire tested when the King of Thrace and his daughter seek his aid in defeating a tyrannical warlord.

Review: It’s funny how a trailer can paint a movie a certain way; I was expecting Hercules to be a fantasy movie with The Rock fighting lots of CG creatures but it turns out it’s quite different… and all the better for it.

This tells the “true” story of Hercules; the man behind the legend and although it sometimes feels like it’s apologising for having fantasy elements, it’s still a lot of fun. It’s not the iconic role we’ve been wanting for Dwayne Johnson but as disposable Saturday night fare, I have to admit I had a blast.

The first half of the movie didn’t blow me away and took a while to get interesting but when the story really kicks in during the second half, so does the action. There are some spectacular battle scenes and despite some obvious CG, it was pretty impressive.

I really enjoyed the characters too; Ian McShane plays a seer called Amphiaraus who is convinced today is his day to die but it never seems to happen for him. He as always has some choice lines and is pretty funny; he plays this kind of role a lot but he’s so good at it that you can’t help smiling.

In this Extended Cut, there is more blood and swearing; we also get a longer pre-battle speech from Hercules.

It’s actually a pretty weak speech and wouldn’t inspire me to do shit, but there you go.

The story doesn’t quite go in the direction you’d maybe expect either and a it has a few twists and turns I didn’t see coming.

It’s still pretty cheesy in parts but I do thoroughly enjoy these kinds of swords and sandals movies. The tone is certainly lighter than the Graphic Novel source material Hercules: The Thracian Wars but the costumer design is spot on and the look of Hercules looks nearly identical (see below).

The movie also makes Lord Cotys (John Hurt) a bit more civilized than in the comics (at least in the first half) where he is a complete ass from the start.

I really enjoyed the music score too from Fernando Velezquez; it’s suitably heroic and epic with huge orchestra and choirs.

The weapons of the movie were impressive and my personal favourite is the club Hercules uses to to swat his enemies like flies.

Irina Shayk was shown all over the posters because she is an absolute Goddess but sadly she only has a small role in the film and it’s only in flashback scenes.

Overall, Hercules was surprisingly a lot better than I was expecting and although the first half isn’t exactly inspiring, there is enough action to keep it an entertaining Saturday night movie. If we get another Hercules movie with Dwayne Johnson I would definitely check it out.