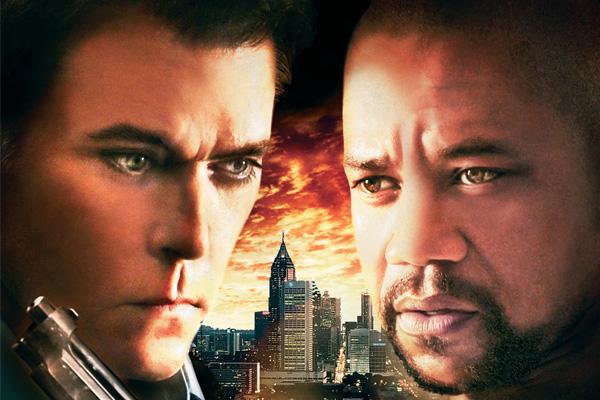 Plot: “Cuba Gooding, Jr. stars in this suspenseful crime thriller as a small town trash collector who stages a robbery so that he can impress a girl by being the hero, until the perfect plan takes an awful turn. After he awakens in a hospital, a man tracks down and murders the criminal that left him and a bank teller for dead during a robbery, only to end up having the slain thief’s associates come after him in retaliation.”

Yet another Straight to DVD movie that has probably been forgotten by most but it really shouldn’t be. Hero Wanted is one of the best roles I’ve ever seen Cuba Gooding, Jr. do; it has plenty of action but also has a great story and is very moving in places too.

In the first half of the movie I wasn’t exactly sure what was going on but that’s kind of the idea. It will all make sense by the end and the script is extremely clever and unpredictable. Chad and Evan Law (6 Bullets) create action movies with heart and I see them both having a bright future.

The cast and acting are all top notch but my two favourite performances come from Tommy Flannigan, (a fellow Scot which may have something to do with it) and Sammi Hanratty who plays the little girl Marley. Flannigan is always a scary bad guy, but it’s great to see him have such a major role in this film and I’d love to see him in more movies…. and possibly interview him too.

Hanratty is living proof that not all children in movies have to be annoying. She gives one of the most believable and honest performances I think I’ve seen a child actor give since The Sixth Sense.

Ray Liotta is also fantastic but he always is, so that isn’t much of a stretch. Kim Coates has a large role and I’ve always been a huge fan of his; maybe one day he’ll play someone who isn’t utterly terrifying…

Brian Smrz’s direction really is excellent too, but there is one scene which sticks out the most. During the climactic shoot out in the old warehouse, there is some mind boggling camera work which I don’t know how they achieved it but it really stood out to me.

The music score by Kenneth Burgomaster really adds to the emotional scenes of the film and in the first few minutes I already knew I loved it. I wish it was commercially available, because I MUST own it.