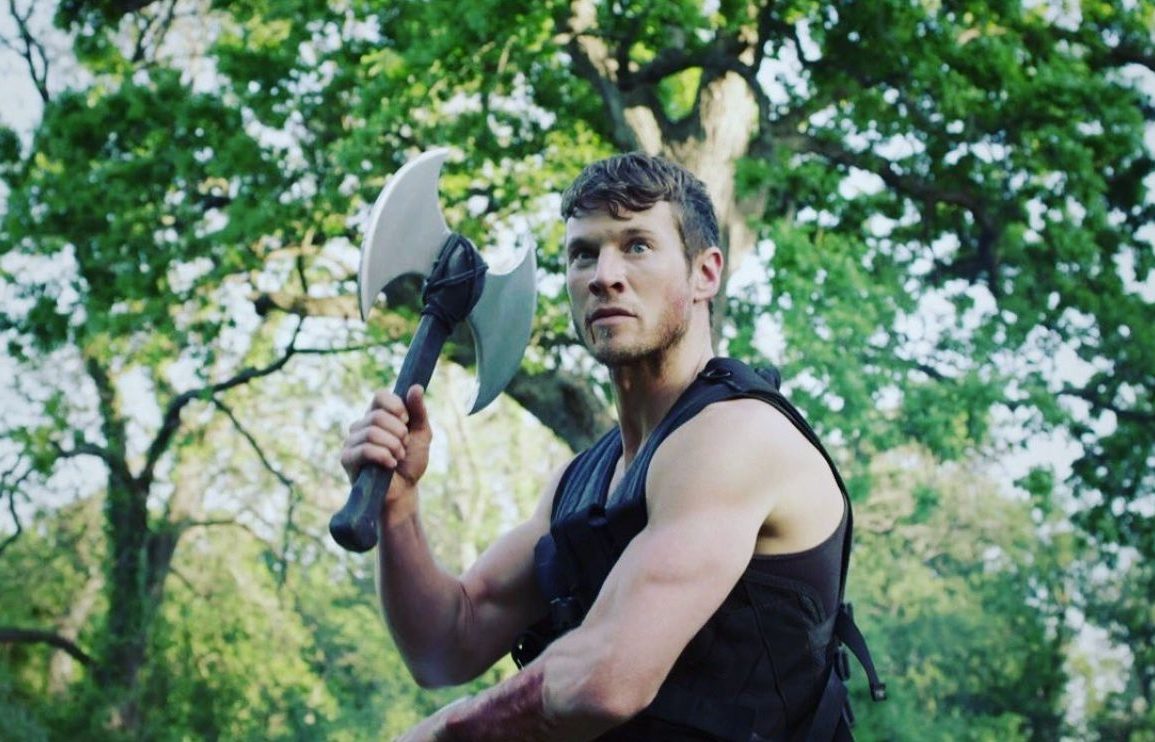 High Moon is a riot from start to finish; sure it’s not got a huge budget but what it lacks in spectacle it makes up for in good old fashioned violence and a fun tone. It also has Mike “Lobo” Daniel and Chad Law; what else do you need?

Plot: HIGH MOON tells the story of a mysterious gunslinger from the Old West who returns from the grave to stop a blood thirsty gang of werewolves from terrorizing a small town!

Chad  Michael Collins (Sony Pictures’ SNIPER franchise) stars as Colt, a monster hunter from the mid-1800s who made it his mission to vanquish every living “howler” after a band of such lycanthropes murdered his wife. After fulfilling his quest for vengeance, ‘Colt’ gladly accepts the embrace of death. But it seems fate has other ideas, as he finds himself very much alive in the present day, where he learns that the arch-nemesis who slaughtered his family is also resurrected: Willie Price (Tom Zembrod) and his gang of outlaws.

His life restored and his mission renewed, Colt hunts down his foes as they ravage a small town, crossing paths with a beautiful widow (Chelsea Edmundson), a skeptical sheriff (Matthew Tompkins), and a morally bankrupt mayor (Sean Patrick Flanery) as he navigates a completely changed modern world in his pursuit.

Review: Chad Michael Collins (Sniper Series) stars in this crazy action/horror/comedy hybrid that may be low on budget but it’s high on camp and entertainment value.

From director Josh Ridgeway High Moon wastes no time in getting going with our hero Colt (Collins) in the Old West facing off against a mysterious group of outlaws who we soon discover are in fact werewolves… don’t you hate it when that happens?

Colt slays the monsters and then is visited by some kind of ninja spirit guide who then kills him. The end.

Actually that’s only the beginning as Colt suddenly wakes up in present day and has to hunt down the “vermin” once again… but now the werewolves have motorbikes… HELL YEAH!

As Colt searches for the lycanthrope menace he gets to know our modern world so we get some fish out of water humour to go along with some bloody kills, all of which will put a goofy smile on your face.

It’s difficult to use critical faculties on a movie such as High Moon (or Howlers as it was previously known) as it knows exactly what kind of movie it is; is it ridiculous? Sure. Are the werewolves not particularly scary? Maybe but I still enjoyed every second of it and Tom Zembrod made for a fun antagonist.

Chad Michael Collins brings his easygoing likability as Colt making him an immediately appealing protagonist so we are rooting for him from the get-go. Then we have Sean Patrick Flannery who seems to be channeling Michael Madsen as the town mayor Barlow and he’s hilariously over the top eating up the screen every moment he is on it.

Matthew Tompkins is our town Sheriff Ethan who thinks Colt is up to no good but he also needs to take out this werewolf menace so he just may need Colt to stay alive. I really liked Ethan and thought he got a raw deal in life as he seemed like a good cop who deserved better.

High Moon is well paced with action every few minutes including an awesome bar fight but we also get some good old-fashioned gory kills too as hearts are ripped out and more.

The most fun you’ll have with this movie is spotting various legends of action like Chad Law and the one and only Mike “Lobo” Daniel both of whom deserve their own spin-off.

It’s very much open for a sequel and if we do get one I would be there to see it as it’s just such a wonderful escape from reality for 90 minutes.

Overall, High Moon is an action horror hybrid with bite (sorry) but it never loses its cheeky sense of humour and Chad Michael Collins makes for an appealing lead. Bring on Higher Moon…