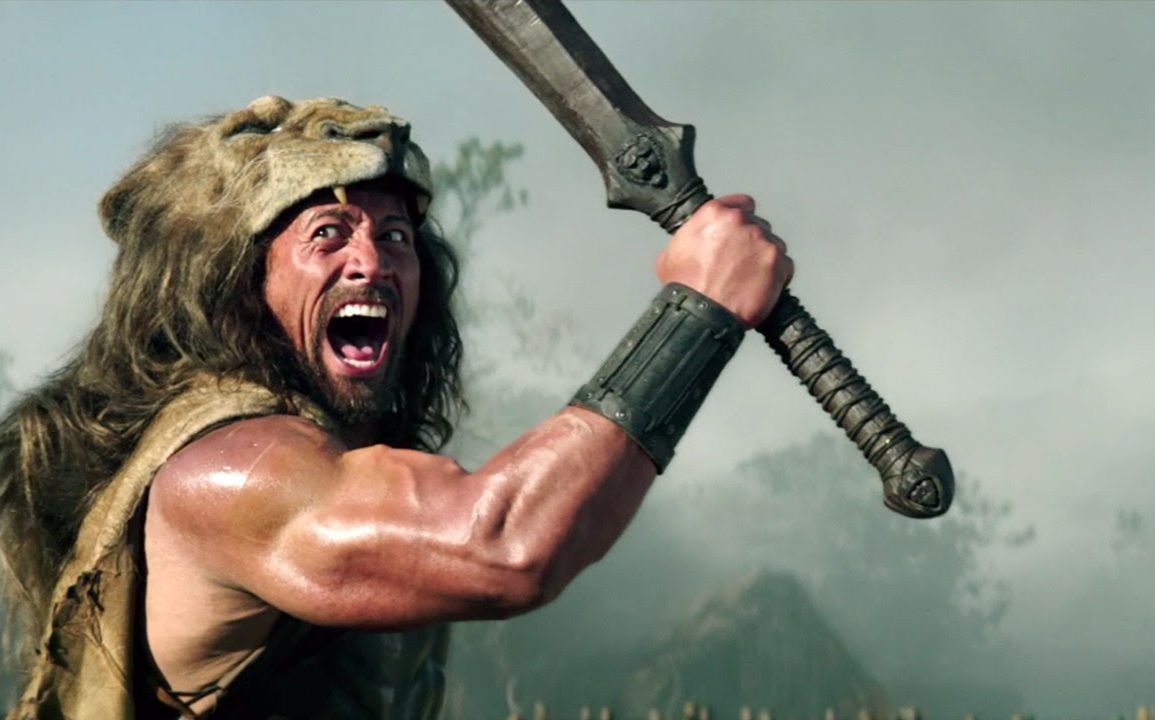 Dwayne “The Rock” Johnson is one of the biggest action stars on the planet these days and he has (almost) earned the nickname “Franchise Viagra”.

He’s one of the hardest working men in the industry and last year he was the king of the box office with several smash hit movies. The thing is, his movies are successful whenever he is in an ensemble like G.I. Joe, Fast & Furious, etc. Whenever he tries something more adult like Faster or Snitch, they don’t do so well.

This year’s biggest movie for him is the long awaited Hercules which is him carrying the movie by himself.

The other Hercules movie from a few months ago didn’t really resonate with audiences or critics, so what will become of this one?

I have to admit, the first trailer didn’t really win me over; I still think the “I AM HERCULES” moment is beyond cheesy and some of the CG creatures don’t look the greatest. Then I saw the second trailer which made the film look a bit more interesting. It looks like a cross between Gladiator and Clash of the Titans with a great supporting cast including Ian McShane, John Hurt and my future bride (I wish) Irina Shayk.

It looks like it has a sense of scale with some cool battle scenes… but I can’t help but think it looks like so many other movies.

The Adobe Digital Index, known as ADI, counts the number of times a movie’s trailer is viewed and the number of mentions the title receives in social media from five to seven weeks ahead of opening. It uses the data to determine whether the film’s domestic box office will exceed or fall short of its production budget.

ADI mentioned that Hercules would be one of this summer’s flops and sadly they were right with Edge of Tomorrow, which looks like it won’t even clear $100 million domestically. It should be pointed out though that they said How to Train Your Dragon 2 would be one of the biggest films of the year and it’s severely under-performed.

The director of Hercules, Brett Ratner doesn’t have the best track record, especially with genre fans (X-Men: The Last Stand), although I did enjoy Tower Heist and After the Sunset. This may put a lot of people off going to see the movie but the majority of the viewing public probably don’t care who the director is, they just want a few hours of entertainment.

I have to admit that it does look like fun and I think younger viewers in particular will be attracted to it; after all they are the target audience for every blockbuster these days. I’m a huge fan of Fantasy movies but nothing so far has really jumped out at me and audience reaction in the theatre when the trailer came on seemed a bit… blah.

The fact that the other Hercules didn’t fare so well at the box office may be another factor in this movie’s downfall. Perhaps audiences just aren’t into Swords and Sandals movies just now.

So far, none of my predictions have been right so my opinion doesn’t matter a damn, however I think I may have to agree with ADI and say this just might be a miss. Hercules may possibly make $45-60 million in its domestic run, but with audiences being more unpredictable than ever it could end up making a fortune… but I doubt it.