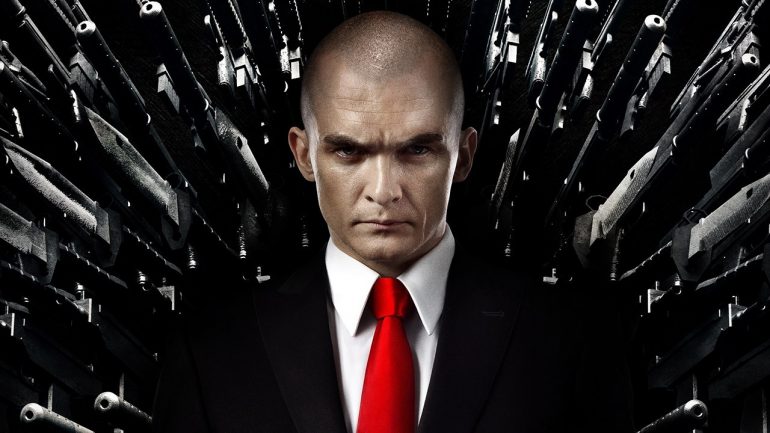 Hitman: Agent 47 is a poor adaptation of the video game but as a generic Saturday night actioner it mostly hits the mark.

Plot: Genetically engineered from conception to be the perfect killing machine, he’s the culmination of decades of research, endowed with unprecedented strength, speed, stamina and intelligence. Known only as Agent 47 (Rupert Friend), his latest target is a corporation that plans to unlock the secret of his past to create an army of killers even more powerful than him. With help from a young woman, the elite assassin confronts revelations about his own origins in an epic battle with his deadliest foe.

Review: It shows excited I was for this movie when I didn’t even know it was out until yesterday so apologies for the late review. Hitman: Agent 47 is getting pretty appalling reviews from everyone and I can totally understand why… and yet I still enjoyed it.

I have the Hitman video games and the movie doesn’t really work as an adaptation as the games are more about stealth and I personally think Hitman would benefit from a smaller movie; it doesn’t need huge set-pieces but more intimate action scenes.

Watching the movie simply as a standalone feature however, it’s actually a pretty fun (if generic) actioner.

I liked Rupert Friend as Agent 47 as he was perfectly controlled and emotionless, only revealing a slight smile towards the end. I couldn’t help hearing Snow’s voice from Lockout though saying “I’m being beaten up by a guy called Rupert?”

Hannah Ware was a little bland as Katia and I found I didn’t really care what happened to her but I think the rather lifeless script may be to blame for that.

Zachary Quinto is always good value as a villain and he hams it up nicely and (spoiler alert) may return for the sequel… which will likely never happen as this has flopped so badly.

There are a few innovative action sequences like Katia and the plane engine as well as the zipline sequence on the streets. The biggest problem though is the terrible CG; I’m not just being an old curmudgeon about it either. It’s like really bad and even 15 years ago would have looked bad.

There are obvious synthetic stuntmen and the scene on the train tracks was so bad that it took me right out of the movie. Pretty much none of the explosions were real either which was just plain lazy and frustrating.

I loved seeing Singapore on the big screen as there are some genuinely stunning locations which require no special effects at all. I want to see more of it preferably in a Bond film in the near future.

It’s well paced and the constant noise should beat you into submission about halfway through so you’ll probably stop caring about what’s happening in terms of story. There is some imaginative cartoony violence throughout which is always fun but as with most big movies today there is a lot of fast edits so you can’t see what’s happening some of the time.

Marco Beltrami did some interesting things with the score and the music was a definite highlight.

Overall, Hitman: Agent 47 is a poor adaptation of the video game but as a generic Saturday night actioner it mostly hits the mark.