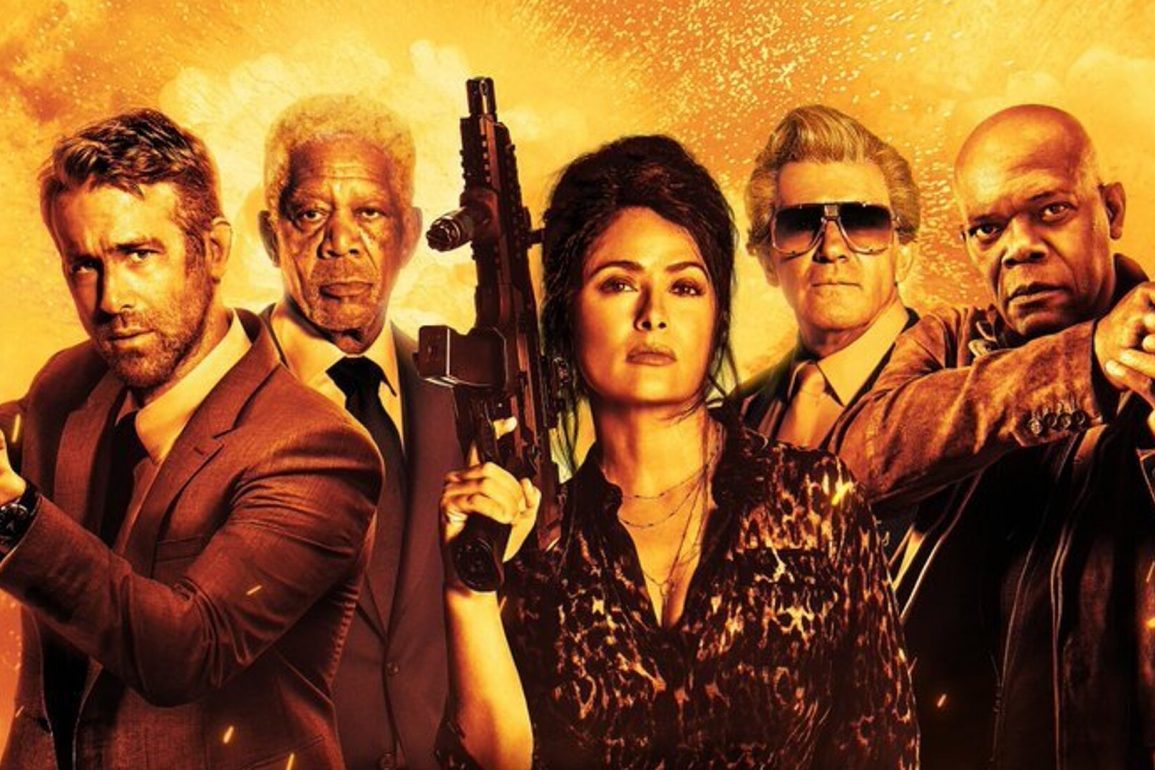 Hitman’s Wife’s Bodyguard is inferior to the first movie in nearly every way but there are still several funny moments and a few decent action scenes to make it worth a rental.

Plot: The world’s most lethal odd couple — bodyguard Michael Bryce and hit man Darius Kincaid — are back for another life-threatening mission. Still unlicensed and under scrutiny, Bryce is forced into action by Darius’s even more volatile wife. Soon, all three are in over their heads when a madman’s sinister plot threatens to leave Europe in total chaos.

Review: The Hitman’s Bodyguard was surprisingly entertaining with R-rated action, Samuel L. Jackson and Ryan Reynolds hurling abuse at each other and Gary Oldman making for a truly hateful antagonist. My least favourite aspect of the film was Salma Hayek (who I normally adore) as Samuel L. Jackson’s foul-mouthed and rather annoying wife Sonia so it’s disappointing that her role is larger this time around and she is even louder.

Her character does get mildly better as the story moves along but sitting back I realised I don’t actually like any of the characters; Reynolds is just playing himself which he does in every movie (I miss roles like Buried) and Jackson is also just doing his thing shouting and saying mother*cker a lot. There is a mean spiritedness to it all where there isn’t really anyone to sympathise with and everyone is mostly obnoxious.

As always the high point of the film is Frank Grillo who is a cop working with Interpol and wanting to get back home to Boston but he needs to stop Antonio Banderas and his group of terrorists from destroying Europe. So he grabs Darius and Sonia Kincaid as well as Michael Bryce and gives them an ultimatum to help them save the day; cue lots of shouting, swearing and crazy chases.

Critics have generally slated this sequel and for the most part I’d have to agree as this is an inferior movie in every way; there is too much CG in the action scenes so very few if any of the explosions are real and they look distractingly fake at times.

I missed Elodie Young’s Amelia this time around as she was a good foil for Reynolds’ Michael Bryce; this time he’s just pathetic and keeps whining about being on sabbatical and still complaining that he’s lost his Triple A status; thankfully by the end of the movie he is less useless and gets some decent action.

There is more hand-to-hand combat and the finale is relatively thrilling; there are several impressive stunts especially during the many car chases too. It’s also nice to see Antonio Banderas play a villain and see him reunite with Salma Hayek again.

It’s just under an hour and 40 minutes so it’s pleasingly well paced and I’d be lying if I said I didn’t laugh a few times so it’s certainly not without its moments.

Overall, Hitman’s Wife’s Bodyguard isn’t a patch on the first movie and Sonia still isn’t a funny or appealing character but Antonio Banderas is a fun villain and there is enough action and rapid fire dialogue to keep it entertaining. Just don’t expect to give it much thought after the end credits roll…