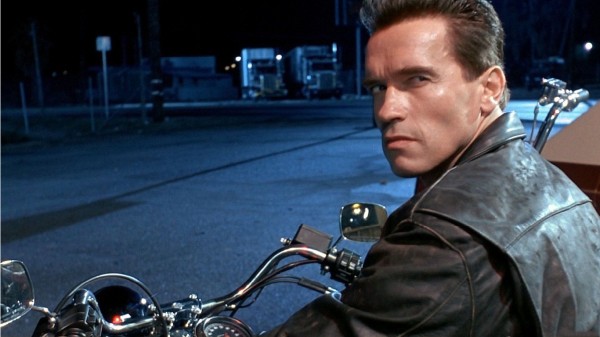 In the world of online games, Hollywood Movies always take centre stage. UK based online casinos such as Casino Pros are usually keen to offer games surrounding them. As they create a game based on a highly successful blockbuster movie, there are chances that it will be a superhit owing to the already existing fan-following of the movie.

There are several big screen movies that have equally been successful as online casino games. However, it’s not just enough to model online casino games after a successful movie. The game should capture the essence, excitement, intrigue, action, drama and suspense of the movie to make the players relate to it.

There are many Hollywood inspired online slot machines. However, there are three movies that are worthy of mentioning. These movies are from the action and sci-fi genre. They include the Terminator, Austin Powers and Batman.

Arnold Schwarzenegger’s “I’ll Be Back!” gave an idea for fantastic online casino games

The famous three words from the Terminator movie had made popular by leading actor Arnold Schwarzenegger was “I’ll Be Back!”. True to his words the Terminator has certainly come back again in the form of an online slot. Not just on the silver screen, but also in the highly competitive world of casino games.

In this slot, we have high-value symbols. These are depicted as pictures of both Sarah Connor played by Linda Hamilton. While the Terminator is played by Arnold Schwarzenegger.

There are also symbols represented by pictures taken from parts of the movie. This slot comes with 243 ways to win.

Players can win by landing matching symbols from the left side to the right side on adjacent reels. The game has a Free Spins round. Here the 243 ways to win rises to 1024 ways to win. The slot interface is complemented with excellent graphics, animation, gameplay and the movie-Inspired soundtrack.

This is another successful movie franchise that is now one of the online casino games available. Like T2, Austin Powers has sequels. There were three movies produced in 1997, 1999 and the year 2002.

The online slot version by Endemol features symbols that include the main actors from the movie. You have Michael York, Verne Troyer and Mike Myers himself. There are abundant bonus rounds, free spins and multipliers on offer in the game. Online slot players will be happy to also learn that the slot has an RTP of 95.53%.

Bob Kane’s Batman is back with his skills in casino

Best online casinos like Casino Pros try as much as possible to offer online slots about superhero characters as they are already popular. One of such slots is Batman developed by NextGen. There have been several movies of this superhero, but not all have been successful.

However, this slot has been hugely popular amongst online casino games players. It features symbols relating to the movie and comic book. You have a Joker card, Police Commissioner James Gordon, the Batcycle and the Batmobile.

The graphics, animations, and soundtrack are quite decent in this slot. There is a Bonus Bet round where plays can wager x60 coins. However, players can earn a significant payout when they land five Batman Bonus sign on any of the 50 fixed paylines available in the slot.