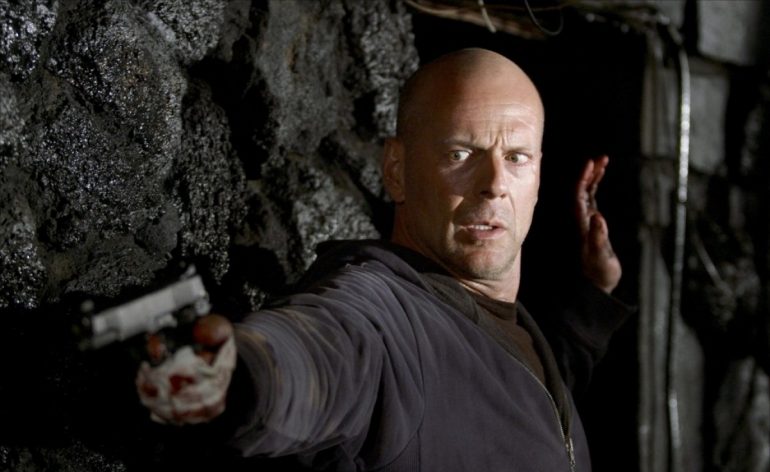 To this day Hostage remains one of Bruce Willis’ better films; he gives a solid performance and early roles from Jonathan Tucker and Ben Foster demonstrate their talent. It’s packed with nail-biting tension and a satisfying finale making it well worth your time.

Plot: After one of his hostage negotiations goes awry, LAPD officer Jeff Talley (Bruce Willis) quits the force and relocates his family to the suburbs. As the sheriff in a sleepy town, Jeff thinks he has escaped the hustle and bustle — until an elaborate local heist puts him back in the center of a hostage situation. When his own family is pulled into the fray, Jeff is forced to decide whether he should try to help the hostages or follow the criminals’ hands-off mandate to protect his own family.

Review: I hadn’t watched Hostage for a few years, but I just revisited it this morning and forgot just how good it is; to this day it remains one of Bruce Willis’ last truly great roles. He’s done a few decent things since, but it’s mostly been cameos in straight to DVD fare; in Hostage Willis actually emotes and gives one of his best performances.

Haunted after a hostage negotiation goes wrong Jeff Talley (Willis) moves to a small-town police department for a quiet life. Fate has other plans however, when a group of young punks break into a rich family’s house initially to steal their car, but things quickly escalate, and people are killed. To make things even worse the owner of the house Walter Smith (the always amazing Kevin Pollack) cooks books for criminals who are looking for a DVD from him. This complicates matters for Talley as said criminals end up taking his family hostage too, so he is at their mercy while also trying to save Smith’s son and daughter from the thugs.

There’s a lot going on, but Hostage is edge of your seat stuff with near constant tension. This was the first major role I had seen Ben Foster in who has always been so good at portraying characters who are genuinely unhinged. This also introduced me to the great Jonathan Tucker (Jay from Kingdom) who plays Dennis; he starts off as the ringleader of the crew with his brother Kevin (Marshall Allman) but as the situation escalates we realise that the real threat is Mars (Foster) who is truly psychotic.

As awesome as Bruce Willis is you have to give a shout-out to Tommy Smith (Jimmy Bennett) who is a mini John McClane; he’s a true hero and will do anything to save his family as he crawls through vents in the house using a cell phone to communicate with Talley. Without Tommy’s help things could have been a whole lot worse.

Hostage has a nice sense of style and the animated opening credits are an original addition; Alexandre Desplat provides a memorable score that is reminiscent of classic thrillers going for slow orchestra rather than bombast and works well in escalating the tension.

There is a fantastic supporting cast including Robert Knepper (not playing a bad guy), Kim Coates and Art LaFleur with Sven-Ole Thorson mentioned in the credits, although I never noticed him in it.

This is mostly tension-based so if you’re looking for fight scenes then this isn’t that kind of movie but there are different kinds of action and Hostage is never dull for a second. It’s an hour and 53 minutes of intensity that doesn’t let go until the end credits when we all breathe a sigh of relief that it’s over.

Overall, Hostage is one of Bruce Willis’ better movies where he gives a great performance as do the rest of the cast; it’s a taut action thriller with Ben Foster and Jonathan Tucker at the top of their game so if it’s been a while since you last watched it now is as good a time as any to revisit it.