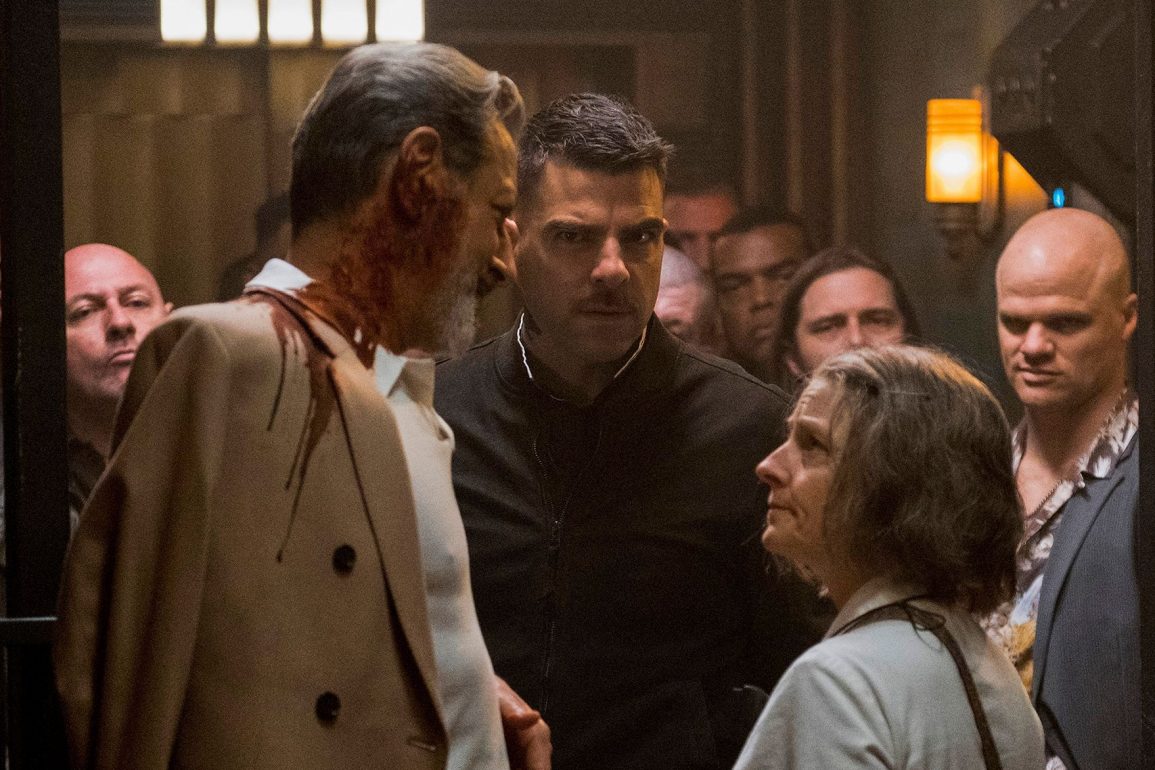 Hotel Artemis has some impressive R rated action with a great cast; the first half is a little slow but it’s an entertaining ride.

Plot: As rioting rocks Los Angeles in the year 2028, disgruntled thieves make their way to Hotel Artemis — a 13-story, members-only hospital for criminals. It’s operated by the Nurse, a no-nonsense, high-tech healer who already has her hands full with a French assassin, an arms dealer and an injured cop. As the violence of the night continues, the Nurse must decide whether to break her own rules and confront what she’s worked so hard to avoid.

Review: I finally got to watch this last night now that it’s hit Digital; I’d heard good things about Hotel Artemis and for the most part it didn’t disappoint. Like the trailers promised it feels a little like the world of John Wick however, the action isn’t quite as slick.

Jodie Foster is our protagonist Nurse who runs the Hotel Artemis where she fixes up injured criminals and it has a similar set of rules to The Continental.

It has an exciting opening scene which introduces us to Waikiki (Sterling K. Brown) who nearly steals the movie with his coolness; during a robbery his brother is shot so they make their way to the Hotel Artemis but not before  stealing what will end up being the film’s MacGuffin… and then the fun begins.

Hotel Artemis has an impressive supporting cast including Dave Bautista, Jeff Goldblum and Zachary Quinto who is suitably menacing.

Charlie Day was a bit of a revelation who wasn’t the whiny little bitch he usually plays in movies but more of a tough guy and it was a refreshing change.

Goldblum is really only an extended cameo but I would have liked to see more of him as he was meant to be this big crime lord who is built up for most of the movie then does nothing.

The main problem for me was the lack of action in the first half; it’s never dull but I found it spent a bit too much time creating atmosphere instead of having people punch other people in the face.

It’s the final half hour which makes the movie worth watching as the action kicks in and it’s brutally entertaining. This is where Sofia Boutella shines and I think I now need to marry her. The action highlight is her taking on a corridor full of goons and fighting/slashing her way through them which was awesome.

The set design and general look of the film were impressive and it was a fun world to step inside of with Foster proving a very sympathetic lead. By the end her story is complete and the bodies are piled high. We could get a sequel as there are other hotels around the world to explore but I think it works just fine as a standalone feature.

Overall, Hotel Artemis was pretty much exactly what I expected with few surprises but the final half hour has some brutal action and it has a first rate cast which makes it worth checking out. I would give 3.5 out of 5 if I could.