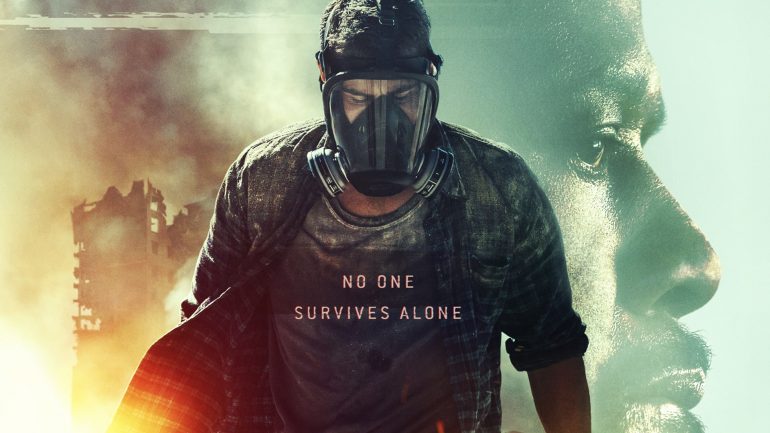 How it Ends is nicely shot and the cast all do the best with what they’re given but it’s mostly frustratingly dull and has one of the worst endings of all time.

Plot: In the midst of an apocalypse, a man struggles to reach his pregnant wife, who is thousands of miles away.

Review: Boy was this some false advertising; the trailer made How it Ends look like we were in for an exciting apocalypse movie in the vein of the cheese-tastic Roland Emmerich flick 2012 with people driving away from the world exploding. Instead it was really more of a character piece and far more slowburn… which I really wasn’t in the mood for.

There were a lot of elements I enjoyed like Forrest Whitaker who is always amazing to watch on screen but I have also become a fan of Theo James who has been rumoured to be the next James Bond (which I wouldn’t have a problem with). When a mysterious disaster strikes and Will Younger (James) is separated from his pregnant girlfriend, he has to reluctantly team up with her tough father Tom (Whitaker) and travel across America whole avoiding various threats along the way.

The performances by the entire cast were spot on so there were no issues there and it had a few entertaining set-pieces but by God is it boring. A movie about the potential end of the world shouldn’t be tedious but How it Ends stubbornly refused to give me what I wanted to see from it and I found it just a frustrating watch. I know you should watch a movie with an open mind and enjoy it for what it is but too many things were bugging me while watching and by the end of this I was like “WHAT? THAT’S THE ENDING? PISS OFF!”

I also thought the filmmakers had a pretty low opinion of mankind (or America more specifically) as every single person Will & Tom meet along their roadtrip is pretty much out to kill them and they basically think America would descend into a Mad Max-style dystopia after 5 days. I felt like it was very much channeling The Walking Dead except without zombies keeping things interesting so this is just a duller version of it.

Also when Will finds the crashed train with all the military equipment on it he didn’t think to maybe pick some stuff up like guns, equipment etc.?

*Spoiler alert* Towards the end when Will is reunited with his girl she is staying with a guy who she seems to have shacked up with… only after a few days… and guess what? This guy is nuts too and tries to kill Will! Once again no explanation was given and it’s all glossed over making it thoroughly frustrating.

The whole reason for sticking with this movie is you are waiting to find out just what is going on… but we never find out. Some theories are discussed but then the movie just stops. There is no resolution and just when things start to get interesting it ends. I was angry for about 30 minutes after watching thinking I’d wasted an evening. I just wanted to see more destruction, I guess; some cities exploding would have been nice.

I mean, I don’t need things written in crayon or explained with sock puppets; I’m not an idiot but having a few more things explained would have been far more interesting.

It was at least well shot with a moody music score and the atmosphere of impending doom is what made me stick with it but I’ll never watch it again. Will there be a sequel? Maybe but I won’t be there for it.

Overall, How it Ends was very disappointing and not what I was expecting at all. Some people seem to really enjoy it but personally I thought it was boring, didn’t explain enough and frankly just pissed me off. It looks nice and the cast are great but it’s hard to recommend.