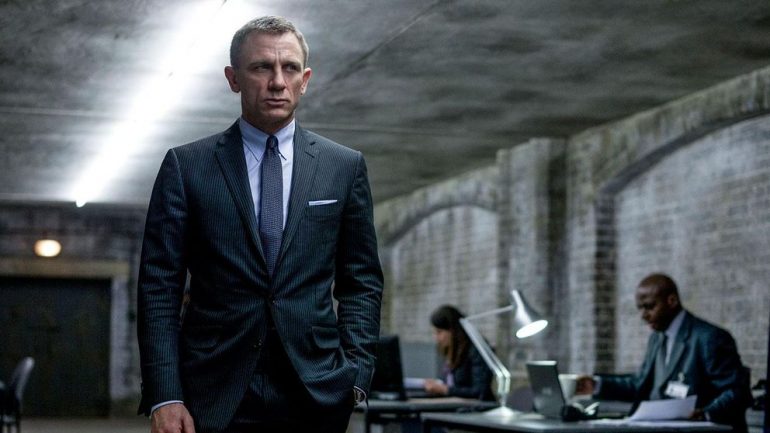 How to Make the Next Bond a Success

James Bond is without question one of the biggest icons outside of superheroes like Batman, Wonder Woman, and Iron Man. He represents a fascinating mix of charm and sophistication with a certain brutality. And, arguably, the personification of those traits was the most recent incarnation of the character, Daniel Craig.

Recently, EON Productions announced that a new James Bond film has been confirmed. What they did not say was whether or not Daniel Craig would return. Given that he has seemed less than enthusiastic in the past, some have been surprised that he would even contemplate coming back.

In this article, we are going to look at what we might expect from a new James Bond and what needs to happen in order to make the next film a success.

It seems ironic that people have clamoured for Daniel Craig’s return. When he was first announced for Casino Royale, there were some that felt he was not appropriate almost purely based on his look. To emphasise this, there was even a website and petition called “Craig Not Bond”.

Fortunately, a lot of aspects of this film seemed to counter this. The first major bonus was the return of director Martin Campbell. Martin Campbell directed Goldeneye, itself a reboot after six years without Bond films due to a dispute over rights issues.

Goldeneye is responsible for a number of iconic moments, including the spectacular bungee jump for the opening sequence. Essentially, the message of this opening sequence was “James Bond is back and you are going to get everything you want and expect from it”.

By contrast, the opening sequence of Casino Royale is almost the opposite of this approach. The opening sequence is filmed in black and white and the action is grimier and more brutal. Some cynics suggested that this borrowed heavily from the Jason Bourne films by creating a more “grounded” version of James Bond.

However, while we got a more rough and ready version of the super spy, we still had the joy of seeing glamorous people playing cards resulting in the ultimate high stakes poker night. Indeed, the iconic scenes throughout have proved very influential as it seems a lot of subsequent films have had these tense moments; the fifth Jason Bourne entry was partially set in Las Vegas.

Another strong influence on the series was clearly Batman Begins – we are reintroduced to Judi Dench’s iconic M who as usual puts Bond in his place. Only, this time, we see the development of Bond both in terms of achieving his license to kill status but also hardening as he deals with his doomed relationship with Eva Green’s Vesper. The film ends with the iconic line from the novel “The b**ch is dead”; however, the events of the subsequent follow up suggest he is not quite as emotionally closed off as he may think.

It’s hard to deny Bond’s own influence on popular culture though. For example, a character influenced by the spy is currently doing the rounds in one of Pocket Win’s slot machine games, Jackpot Agent, a tense but entertaining experience, albeit one with a more cartoony (and less violent style) than the Daniel Craig Bond films. It can also be tried for free through the Oddschecker website, using Pocket Win’s £5 free play bonus.

Casino Royale was an enormous hit, reigniting the franchise and garnering a whole new audience for the Bond films. This was helped in part in a scene where the rugged Craig emerged from the sea wearing trunks, in some respects countering the criticism of how the franchise represents people of both genders.

Hopes were high for the follow-up but then, when the title “Quantum of Solace” was announced, there was confusion – what exactly did this mean? Incidentally, this wasn’t a random title – it was taken from a series of short stories by original writer Ian Fleming.

Unfortunately, writing proved to be a big issue at the time; with the writer’s strike, star Daniel Craig had to do a lot of writing for himself on set. When the film was eventually released, this was highlighted as one of Quantum Of Solace’s major flaws, as well as the villain lacking the smooth intimidation factor that Mads Mikkelsen provided (and would go on to do so in both Dr Strange and the Hannibal TV series).

While this meant that both critics and audiences were underwhelmed, there was still the feeling that Craig himself could pull it back, something that would be confirmed by the following franchise entry.

Skyfall was the first to be helmed by acclaimed director Sam Mendes. Coming from theatre and known chiefly for the satirical drama American Beauty, he was not the obvious first choice. This approach proved inspired, especially when combined with Javier Bardem’s Silva, a manic villain whose strange performance was an excellent counterbalance to Daniel Craig’s more stoic and reserved Bond.

Another smart inclusion was a more personal story as the villain has a close connection with Judi Dench’s M. There is also added complication within the MI6 unit itself providing additional political intrigue as well as new versions of old favourite characters Moneypenny (Naomi Harris) and Q (Ben Whishaw).

Skyfall is arguably the best of the Daniel Craig Bonds as it provides a balance between the grittier and more grounded Casino Royale with the flair and big set pieces of the earlier Pierce Brosnan era. Once again, expectations were raised and the fans were excited by the prospect of the follow-up.

Unfortunately for Sony (the producers of the Bond franchise), problems have recently started to occur – one of the big issues was in terms of finances. This was evidenced in terms of the increasing amount of product placement (though some would argue that Ian Fleming himself was very much an advocate of promotion, describing watches, clothing, and other brands in detail in his novels) and the decision to film an extended sequence in Shanghai in order to secure Chinese investment, although other franchises entries did this as well including Transformers Age of Extinction.

Sony’s financial issues are relevant in this instance because they may lose their license to distribute the Bond films, with other companies such as Warner Brothers said to be interested.

The pressure is on for Sony because, unfortunately, SPECTRE was not well received critically – while it received praise for the fantastic opening chase sequence in Mexico City, it didn’t quite capture the imagination in the way its predecessor did despite the inclusion of the charismatic Christophe Waltz as the villain and Monica Belluci as a “Bond girl” with the presence to match Craig.

This led to Daniel Craig publicly declaring he was out of the film with speculation that Tom Hiddleston or Idris Elba could potentially replace him (something that both actors have now distanced themselves from).

Whatever the next Bond film is, there are a lot of ways to potentially reignite this series. One name that is often linked is Dark Knight Trilogy director Christopher Nolan. With his distinct visual style and experience in reinventing an iconic character (plus admitting that the ski chase sequence in Inception was influenced by On Her Majesty’s Secret Service), he could potentially be someone new and interesting.

If we are going to go down the darker route that seemed to serve Casino Royale, another potential candidate could be The Hurt Locker and Zero Dark Thirty director Kathryn Bigelow. With Patty Jenkins securing big box office with Wonder Woman, it would send out a very positive message and be an effective way of reintroducing Bond in a different context, while, at the same time, having someone who is proven to be effective in creating tension and masterminding action set pieces.

Of course, this does depend on who gets the rights with Bond. For example, Warner Brothers may have very different ideas on how to handle it compared to Sony. There is also talk of four-year gaps between entries in the series, something that could help to prevent the issues that negatively affected Quantum of Solace.

Another big issue when it comes to Bond is that, in recent times, the blockbuster schedule has become more crowded. In 2017, Marvel alone are releasing Spider-Man Homecoming, Guardians of the Galaxy Volume 2, and Thor: Ragnarok.

But then it can be argued that James Bond films remain an event in and of themselves. The November release date has always been something of a tradition and it has a fanbase that encompasses a wide age range, each with their own particular favourites and expectations of each new release.

Essentially whoever takes this on has to remember the elements of what makes Bond an icon:

In short, whether or not Sony is involved or Daniel Craig comes back it doesn’t matter. James Bond will return and, if they can make something on the level of Skyfall or Casino Royale, so will the audience!