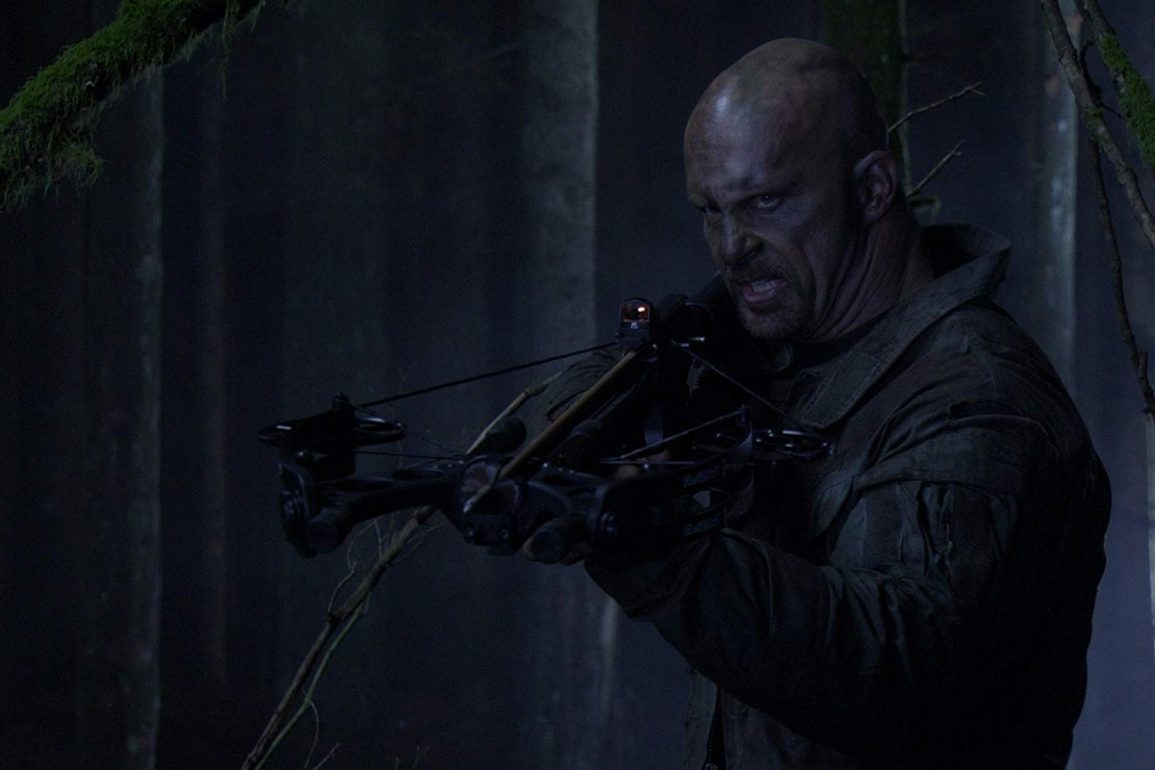 Hunt to Kill may well be my favourite Steve Austin movie as it feels like a genuine throwback to old-school action movies; it reminds me of Cliffhanger meets First Blood and is a bit of an Expendables reunion with Gary Daniels and Eric Roberts joining the action.

Eric Roberts is in a rare good guy role and is only in the first scene but it’s nice to see him even if it’s just for a couple of minutes.

Gary Daniels plays one of the villains but my main problem with this movie is that Daniels really should be the main antagonist. Gil Bellows is the big bad and he’s hilariously over the top but Daniels’ more restrained villain is far more interesting.

The bad guys are all one-note caricatures who spend the movie bickering amongst themselves but they are the type of cartoon villains that we got in Cliffhanger where we just hate them and can’t wait to see them die.

The action highlight of the entire movie is the showdown between Austin & Daniels where we have Austin’s brute strength vs. Daniels’ martial arts prowess. It also ends with a classic one-liner “sorry I can’t stick around” which is another point in this movie’s favour.

I’ve always enjoyed Steve Austin’s action movies as he’s a believable presence who looks good kicking ass and his character of Jim Rhodes is perfectly suited for him. He is a survivalist and mountain man who is forced to lead a group of criminals through the mountains when they take his daughter hostage.

Speaking of his daughter, she is a bit of an annoying brat and difficult to sympathize with; if I were Rhodes I’d forget about her and go to the pub… but that’s just me.

It’s well paced and the sequence with Rhodes suiting up to go hunting is straight out of the 80’s. There is also some amazingly ropey dialogue like “When I hunt… I hunt to kill” which also makes the movie even more appealing. There is no shortage of action with several fights and practical explosions which always look impressive.

Like all classic actioners Gil Bellow’s villain Banks is practically invincible and there are various points when he would be very dead or at least crippled from the ears down and yet he gets back up like a Terminator. His death is legendary though and is once again pure 80’s/90’s action greatness.

The score is a nod to First Blood (verging on plagiarism) and if you watch the opening and end credits it’s practically the same theme as It’s a Long Road (see below).

Overall, Hunt to Kill is a fun throwback to classic action movies and Steve Austin makes for a great lead but it’s a shame Gary Daniels is relegated to more of a henchman role when he really should be the primary antagonist.