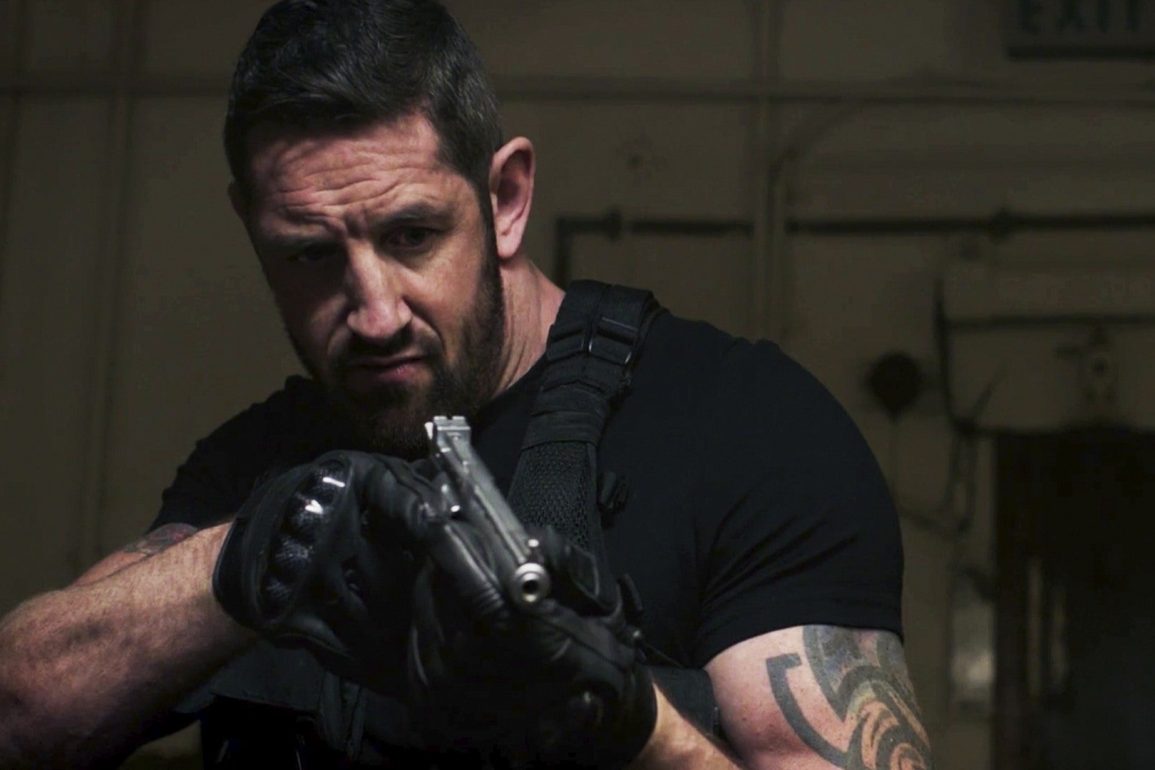 I Am Vengeance: Retaliation (2020) Review

I Am Vengeance: Retaliation is a superior sequel with Stu Bennett proving he has what it takes to be a new action hero but the rest of the cast are impressive too. It’s only 82 minutes long so it’s got rapid-fire dialogue and action that doesn’t let up until the end credits.

Plot: Former special-forces soldier John Gold is given the opportunity to bring Sean Teague – the man who betrayed his team on their final mission in Eastern Europe several years ago – to justice. Gold would cheerfully see Teague dead, but he is convinced to help transport him to a military prison to pay for his crimes. Along the way, Gold will have to fight off Teague’s team who are attempting to extract him, as well as a sniper seemingly hell-bent on killing Teague before he can be secured.

Review: Right then… I Am Vengeance with Gary Daniels and Stu Bennett was a fun throwback to old-school action; this sequel entitled I Am Vengeance: Retaliation has Stu Bennett returning as John Gold and this time Vinnie Jones is the antagonist. He isn’t quite the one note villain you may expect and at times you almost want him to team up with the good guys.

Although Daniels is missed from this entry we still have an awesome squad that includes Sam Benjamin, Lee Charles, Joe Egan, Katrina Durden (who is out for vengeance in a star-making turn as Jen) and Jean-Paul Ly to name just a few.

Stu Bennett is perfectly cast as the unstoppable badass Gold who looks like he could easily hold his own in any of the fight scenes making each one convincing. In Retaliation he and his team are tasked with bringing in Teague (Vinnie Jones) – an ex-team member who killed his own men and up until now Gold believed he was dead. They throwdown at various points as Teague’s own team try to free him and Retaliation is generally packed with action; the fights are coordinated by Tim Man which explains why they look so impressive.

This is essentially an 80-minute action scene with everyone getting their moment to shine. I do wish Jean-Paul Ly had more to do though; he does get a fight at the end but he has no dialogue so if we get a third movie (and I think that’s a safe bet) I hope he gets a bigger role with more action as he is an incredible talent.

As I said Katrina Durden really gets to shine with several impressive beatdowns and if I ever meet her in a bar I must be sure to never spill her pint.

As with any good action movie there is plenty of corny dialogue but like the first film Retaliation firmly has its tongue placed in its cheek not taking itself seriously at all which works entirely in its favour.

You don’t have to have seen the first movie to understand the plot of this one but it certainly helps; also you can never go wrong with Gary Daniels on villain duties so if you haven’t seen it then check it out.

Director Ross Boyask clearly has a great understanding of the action genre and in a recent statement he mentioned how he loved classics like Commando, Point Blank and Enter the Dragon. This franchise is basically a tribute to classic action. He also mentioned that “a lot of contemporary action films are chock-full of CGI, which always looks fake, and action sequences shot on “shaky-cam” and edited to the point of complete incomprehensibility, so my intention was to ensure that the action sequences were told with clarity, and that there was just as much story in a fight sequence as in a dialogue scene. A fight scene, after all, is simply an argument escalated to the point of physical conflict.”

This a bigger and more ambitious project than the first feeling like a mini-Expendables delivering the necessary action goods. This is just me being a weirdo however, I would like in a third movie some more epic bad guy kills; we need a return to over the top villain deaths as they just don’t seem to be a thing anymore. I like my bad guys skewered, blown up or thrown into helicopter blades. It’s just what I feel is necessary as part of this complete breakfast.

Overall, I Am Vengeance: Retaliation makes great use of its impressive cast and its brisk runtime means it’s well paced and never dull for a second. Stu Bennett’s dry wit and huge build makes him ideal as a new action star but the rest of the cast are also impressive. A bit more Jean-Paul Ly would have been nice but this is still a total blast.