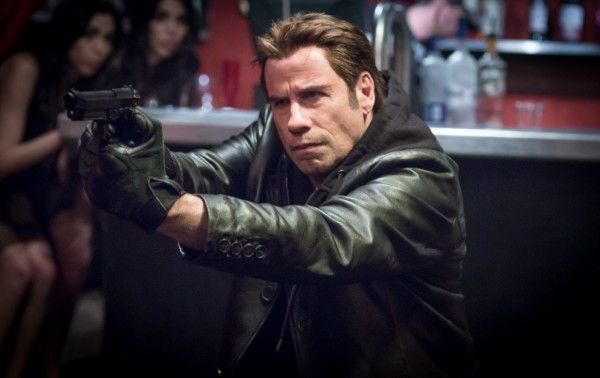 With all the talent involved, including director Chuck Russell (Eraser), I expected more with I Am Wrath and found it didn’t live up to my expectations; if you want a modern revenge movie done right then go watch John Wick instead

Plot: A man is out for justice after a group of corrupt police officers are unable to catch his wife’s killer.

Review: Several reviews I’ve read for this movie describe it as a John Wick wannabe and I have to admit that it’s pretty spot on, except this so wishes it was half as good as the Keanu classic.

I Am Wrath isn’t terrible, it just isn’t all that amazing and you’ll literally forget about it after 5 minutes.

The acting is decent enough but it lacks the grittiness and violence to truly stand out amongst other better films. I was hoping for a “John Travolta does Death Wish” type of movie with some real darkness and yes, he does go vigilante against the people who kill his wife but you never feel that he’s a man on the edge.

Really, you’re just staring at his wig and wondering how it stays on during the action scenes. It’s difficult not to root for Travolta though as he’s always pretty magnetic on screen; the best moment is when he lights up a cigarette in the barber’s shop for the first time and it reminded me of classics like Face/Off and Broken Arrow where he was just too damn cool.

The action scenes are generic and the nightclub sequence is so obviously trying to match the one scene from John Wick but stops just when it’s about to get interesting.

Paul Sloan was a dead ringer for Boyka as one of the villains called Lemi K but he ends up not having much to do and should have been nastier.

The best thing about the movie is Chris Meloni who is at his coolest as Travolta’s old brother in arms; but by the end of the film he’s also one of the problems as it ends on a lighthearted note which felt out of place in what should be a pretty serious story. Speaking of story, you can tell every single twist within the first 10 minutes so the film has no real surprises and you can join the dots quickly.

Overall, with all the talent involved, including director Chuck Russell (Eraser), I expected more with I Am Wrath and found it didn’t live up to my expectations; if you want a modern revenge movie done right then go watch John Wick instead. This will maybe keep you going until February next year when Keanu returns…