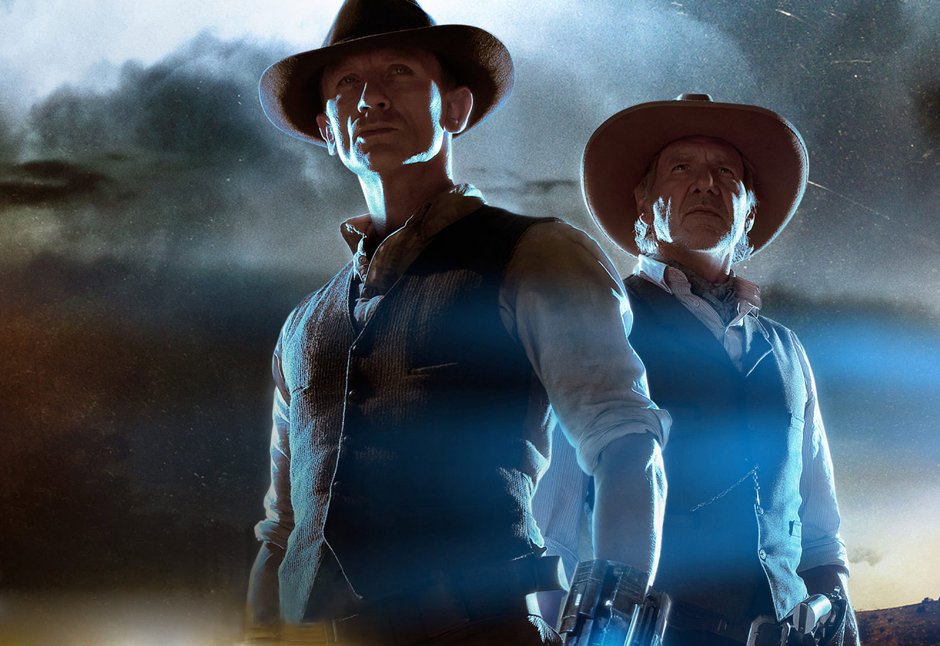 I remember when we first saw trailers for Cowboys & Aliens; audiences seemed to enjoy what was happening on screen as it was a fun mixture of Western and sci-fi but then the title came up at the end and everyone started laughing. This was the movie’s biggest problem; it was such a ridiculous concept and yet it was the movie’s name that really put a lot of people off.

When the film came out we found that it took itself far too seriously and never really had fun with such a silly idea; aside from that though I still really enjoyed the movie. I bet other people liked it too, you could say I am exaggerating but this film has been an inspiration to some industries. For example, gambling sites have released a game based on it. It is called the Cowboy & Aliens online slots, and we wouldn’t have that if the movie was a complete failure, which is not.

Cowboys & Aliens tells the tale of an amnesiac gunslinger (Daniel Craig) bearing a mysterious metal shackle on his wrist, who wanders into a frontier town called Absolution. He quickly finds that strangers are unwelcome, and no one does anything without the approval of tyrannical Col. Dolarhyde (Harrison Ford). But when Absolution faces a threat from beyond Earth, the stranger finds that he is its only hope of salvation. He unites townspeople, outlaws and Apache warriors against the alien forces in an epic battle for survival.

First of all, you’ve got Indiana Jones (Harrison Ford) and James Bond (Daniel Craig) together on screen for the first time since The Last Crusade which had Indy team up with original (and best) Bond Sean Connery.

Directed by Jon Favreau Cowboys & Aliens shouldn’t work and it was an odd choice after working with Marvel on Iron Man 1 & 2 but the action and special effects are slick and the characters are surprisingly interesting. Harrison Ford is as grumpy as ever and Daniel Craig is cool and likeable as the mysterious hero Jake. I like how the cast in general take it seriously and isn’t played for satire which is what many others disliked about it.

The special effects are also impressive but I think it isn’t the sci-fi that appeals to me but simply the Western aspect as it was awesome to see Harrison Ford as a gruff cowboy which is something we’ve never really seen him play before.

I also particularly enjoyed the music score from Harry Gregson-Williams which has a memorable theme tune which hearkens back to classic Western themes.

It isn’t an amazing movie and every flaw you can come up with I would probably agree with but I still think it’s pretty entertaining and I watch it every time it’s on television.

So there you have it, Sue me! I lie Cowboys & Aliens and if you don’t then I guess I’ll see you in court.