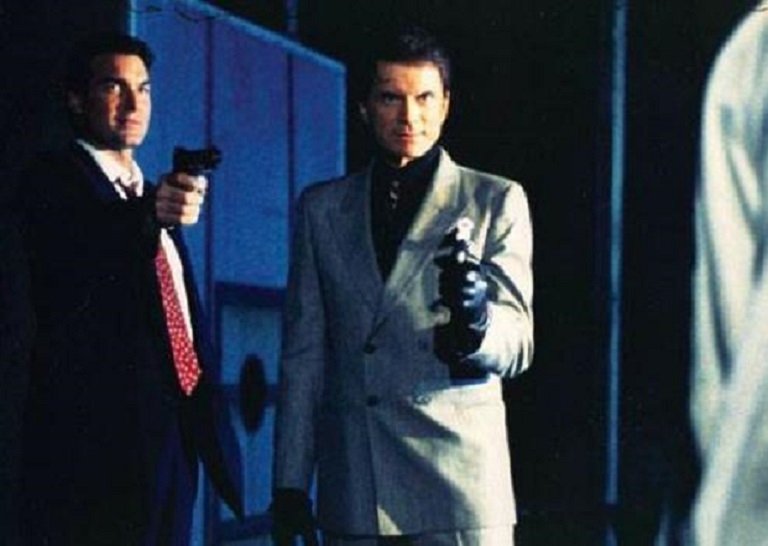 Plot: While on death row for killing a policeman, small-time criminal Adam (Ian Jacklin) is sprung from his cell and asked to join a covert government organization that will shape him into a killing machine. He is trained by the group’s ruthless leader Janson (Sam J. Jones), and is aided by the group’s martial arts master Miller (Mel Novack) and the group’s weapons freak expert Magnet (Joe Estevez). Together they turn out Adam code named the ‘Expert Weapon’. But when Adam decides to leave his life of crime, he learns that leaving the group is his real death sentence.

Ian Jacklin and Sam Jones (Flash Gordon) star in this Nikita-esque action film about a convict on death row who is brought back as an assassin. Jacklin’s character Adam isn’t particularly sympathetic at first but as the story progresses, he develops a conscience refusing to kill a blind widow and turning against his organization.

Expert Weapon is all very familiar and looks like it has a very low budget with nothing particularly memorable about it and it also has several ropey performances. Jacklin had the moves and charisma but even the fight scenes aren’t that spectacular. The audio sounds like it was recorded in a toilet so at times it’s hard to understand what people are saying… not that it really maters as this is hardly deep stuff.

Despite its flaws however, I do enjoy Expert Weapon simply because I love these kinds of B movies and it is a sort of guilty pleasure.

Joe Estevez shows up briefly and makes an impression as an over the top killer but Sam Jones is the real villain Janson who runs this covert group of assassins. Take a shot anytime he calls someone “maggot”.

I like the cool electric guitar theme over the end credits but aside from that the music wasn’t anything special.

Overall, Expert Weapon is familiar stuff but like me you enjoy these kinds of no budget action movies then you’ll find something to enjoy.