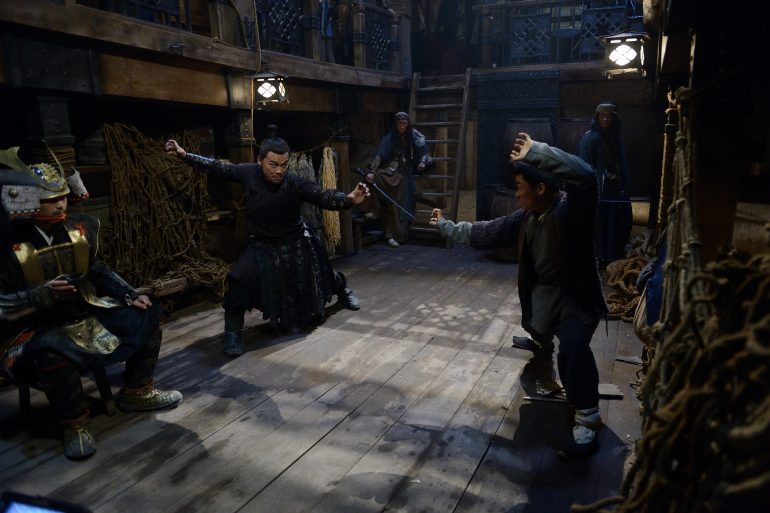 Iceman: The Time Traveler is a mild improvement over the original but this series just isn’t very good; it’s only really for die hard Donnie Yen fans and even they will be disappointed by the lack of decent action and poor special effects.

Plot: The imperial guard and his three traitorous childhood friends ordered to hunt him down get accidentally buried and kept frozen in time. 400 years later pass and they are defrosted continuing the battle they left behind.

Review: The first Iceman starring Donnie Yen was one of his weakest films with some of the worst visual effects I’ve ever seen; this belated sequel is a long time coming but has it been worth it?

Well, it doesn’t rely so much on effects however, there is some CG towards the end and it’s not remotely convincing.

I think I prefer this to the first movie but it still isn’t a well told story and I hope we aren’t going to get a third entry. I’m pretty sure Yen was contracted to do it and I’d heard that there have been some behind the scenes battles on this film; it tanked at the Chinese box office and it’s easy to see why.

The biggest flaw with this movie is the lack of fight scenes; there are three fights in the entire movie and one of them isn’t even with Donnie Yen. The climax does at least contain an impressive sword fight which is the highlight of the entire film.

Donnie Yen’s sheer onscreen charisma makes it watchable and he’s always incredibly sympathetic but he’s so much better than this; also he appears to be dubbed… why?

The acting aside from Donnie isn’t the greatest either with some terrible dialogue but I found by the end that it simply made no sense. I was hoping the climax would be satisfying (that sounds rude) but it’s once again left open and you’re scratching your heading wondering what the Hell just happened?

Simon Yam is relatively fun as the friend turned foe but he’s so poorly written that you don’t even fully understand his motivations other than he wants to rule the entire universe or something, nor will you care. He doesn’t even have a big fight with Donnie which is what you would want to see.

Overall, I don’t want to waste any more time talking about this movie; if you liked the first Iceman then you may enjoy this but if like me you didn’t then this a big miss for Donnie Yen. Can we get Flashpoint 2 now, please?