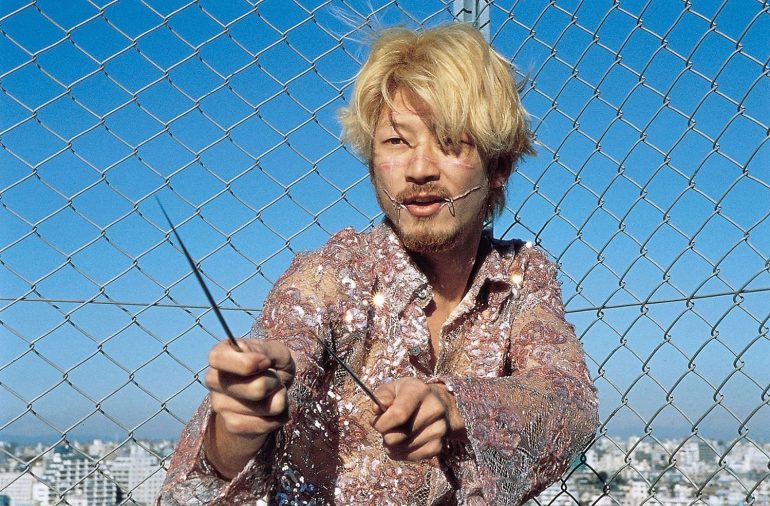 Plot: A sadomasochistic yakuza enforcer comes across a repressed and psychotic killer who may be able to inflict levels of pain the enforcer can only dream about.

Takashi Miike’s challenging classic is really more of an endurance test rather than a movie you “enjoy” watching but being the sick puppy that I am I do love Ichi the Killer mostly for the very black sense of humour.

Kakihara (Tadanobu Asano) is one of my favourite film characters and I always thought he is how the Joker should be portrayed at some point; just a sick bastard who gets off on pain and violence. His clothes are awesome in this movie as well which must be noted; I especially like the suit he is wearing during the finale on the rooftop.

Ichi the Killer is definitely an acquired taste as the graphic scenes of violence/torture and rape are arduous to get through so it is not for the easily offended but as I said there is a sly wit to it that (slightly) takes the edge off.

The character of Ichi himself is generally repulsive but pathetic where you nearly sympathize with him but then you realize that he is simply a psychopath and I kinda wanted Kakihara to defeat him at the end as he was the more interesting character.

In terms of action it’s really just lots of graphic violence and there are a couple of brief fights but it’s mostly just fountains of blood and gore. There isn’t much in the way of plot as it’s just an excuse for lots of bloodshed but that’s just fine by me. I feel like I should see the Manga as well as I’ve never watched it. I was reading how the movie is really about the disappointment and potentially seductive side of violence and how it can draw you in but that’s pretty apparent if you watch it.

In terms of flaws some of the effects are a little dodgy now with the odd bit of CG but it really just adds to the craziness as it’s almost like a gonzo cartoon brought to life; the recent Blu-ray is nicely remastered so the film still looks and sounds great.

Overall, Ichi the Killer is a tough movie to sit through and it won’t be for everyone but I do love every second and it still holds up as one of Takashi Miike’s best films.