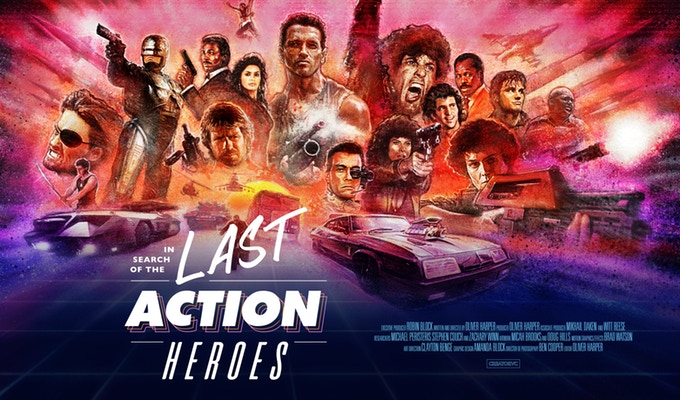 In Search of the Last Action Heroes Kickstarter

Well, this is right up our alley; there’s a documentary in the works which focuses on the action heroes of the 80’s and it has a Kickstarter campaign.

Check out details below:

“In Search of the Last Action Heroes” will explore the story behind the ‘80s action movie genre, examining how studios were able to turn outrageous concepts into genre-defining tropes, and how the one-man-army sub-genre produced the superstars of the era.

Matrix, Rambo, McClane, Ripley, Connor, Dutch – the power of their stories excited and inspired a generation of action enthusiasts.

Join popular YouTuber and ‘80s/’90s cinema expert Oliver Harper (Oliver Harper’s Retrospectives) as he takes us back in time for the ultimate behind-the-scenes look at the most testosterone-fuelled era in cinema.

Locked and loaded with nostalgia, ‘80s synth music, exclusive interviews, and visits to iconic filming locations, In Search of the Last Action Heroes will be the most comprehensive retrospective of the action film genre that defined our childhood.

You can head on over to the Kickstarter page for more details and to back the project.