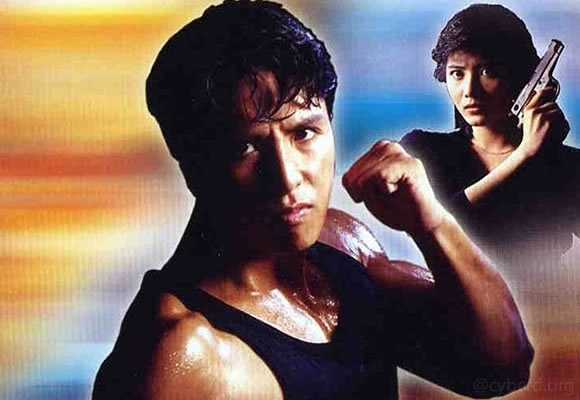 In the Line of Duty IV has plenty of action and fight scenes but it’s let down by appalling subtitles, making the story/dialogue incoherent.

Plot: A Hong Kong cop and two American cops are onto a suspected harbor worker and are forced to team up when they discover that the suspect is a witness on the run from CIA agents and their schemers; two corrupt cops.

Review: Donnie Yen stars in this super charged martial arts actioner from 1989. It’s the fastest paced 90 minutes I’ve watched for a long time but it’s sadly let down by some of the worst subtitles of all time.

They literally make zero sense at several intervals, making the story incoherent. As far as I can tell it’s something about a stolen negative from a camera which is evidence of a crime someone committed.

That’s what I got from it; thankfully it didn’t really matter as it’s just an excuse for some awesome martial arts and jaw dropping stunt work.

There’s barely any characterization and it doesn’t slow down for a second but for a shot of adrenaline you could do a lot worse.

This is the kind of film where everyone is invincible and no matter how many times they get beaten/shot/stabbed they come back for more.

Cynthia Khan is a bit of an underrated action star and she has some fantastic fight scenes in this movie; no wonder though considering they are choreographed by Master Yuen Woo Ping himself.

Donnie Yen pretty much steals the movie though with his screen presence and martial arts skills.

Overall, In the Line of Duty IV has plenty of action and fight scenes but it’s let down by appalling subtitles, making the story/dialogue incoherent.