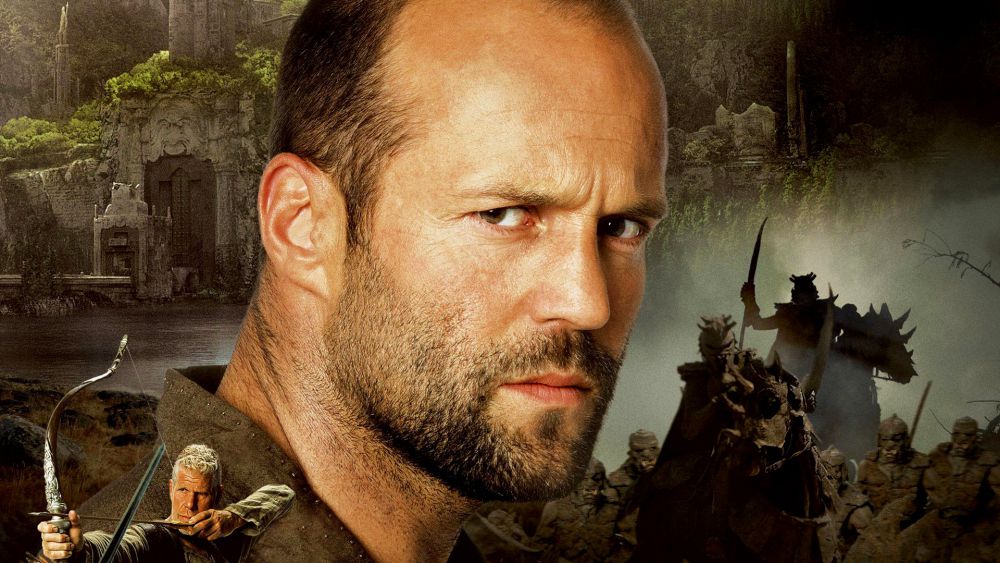 In the Name of the King: A Dungeon Siege Tale doesn’t bring anything new to the fantasy genre but is worth watching for sheer unintentional humour and great cast who clearly had no idea what they were signing on for.

Plot: Set in the kingdom of Ehb, the story follows Farmer (Jason Statham), who was adopted by his village. When Farmer’s wife, Solana (Claire Forlani), and his son leave to sell vegetables at the town of Stonebridge, Farmer’s farm is attacked by creatures called Krugs. With the help of his friend and neighbor Norrick (Ron Perlman), he travels to Stonebridge where his wife and son are. Before he arrives, the Krugs, controlled by the wizard Gallian (Ray Liotta), kill his son and capture his wife. Farmer, with the help of Bastian (Will Sanderson), his brother-in-law, and Norrick sets out to find and rescue his wife. The King’s nephew Fallow (Matthew Lillard) is conspiring with the wizard Gallian to take over the kingdom led by King Konreid (‘Burt Reynolds’).

Review: I had never watched this film until recently; it was on Netflix and I hovered over watching it as I heard it was dreadful. I’ll admit that it was indeed pretty bad but it wasn’t any worse than the majority of other fantasy movies.

I find this is more of a genre problem rather than with this film itself; most fantasy movies are terrible and silly. Seventh Son, Eragon, Dungeons & Dragons and more are all cheesy and bad so In the Name of the King isn’t any different in that respect.

Even LOTR and The Hobbit have their unintentional mirth moments and this movie feels like it wants so badly to be LOTR but fails with its total lack of heart or engaging characters.

The weakest aspect of the film was Matthew Lillard who was hideously miscast and just awful in his role as the traitorous nephew of the King and although I’m a fan of Ray Liotta, he felt out of place too.

Statham is the same as he is in everything so no problems there; he has some decent action scenes and delivers the usual scowling badassery you’d expect. He also says “I’ll have my vengeance” at one point in Gladiator style but sadly never says “you cahnt” which would have been more entertaining.

There was an impressive supporting cast that includes John Rhys-Davies, Ron Perlman, Burt Reynolds and Claire Forlani which came as a surprise. I got the feeling Burt Reynolds didn’t know what the Hell was going on for the most part but that’s what made it so entertaining.

There is a lot of unintentional humour and poor dialogue with bad performances from actors that are normally decent; when Claire Forlani is told that her son is dead it shouldn’t make you laugh but it did as it was terribly over-acted.

It drags in parts and takes a while before anything interesting happens and it’s difficult to remain engaged but I sat with it until the end to watch Statham kick some ass.

The effects aren’t that bad and frankly the visuals in The Hobbit films were probably worse but the make-up on the Krugs is pretty lazy.

Overall, In the Name of the King: A Dungeon Siege Tale doesn’t bring anything new to the fantasy genre but is worth watching for sheer unintentional humour and great cast who clearly had no idea what they were signing on for.