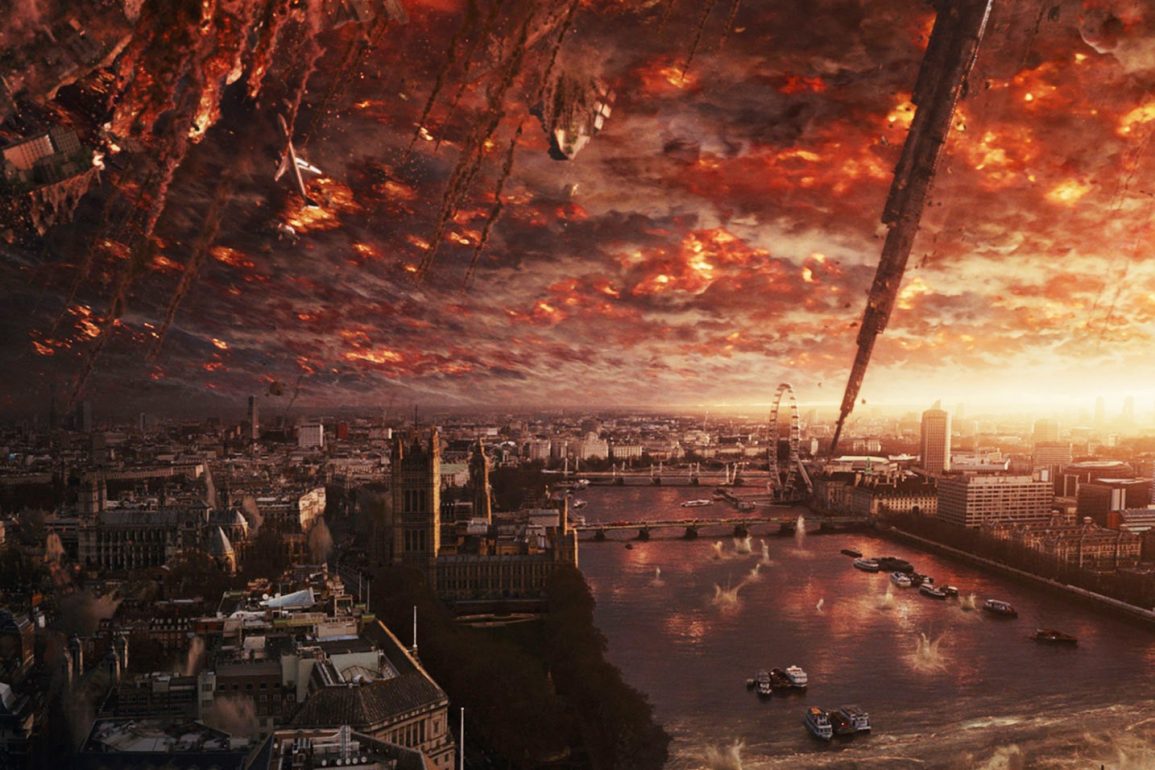 Independence Day: Resurgence won’t be remembered in the same way as the first and is strangely bland and quite forgettable but it does at least have some spectacular moments and fun ideas to be worth watching once.

Plot: We always knew they were coming back. After ‘Independence Day’ redefined the event movie genre, the next epic chapter delivers global spectacle on an unimaginable scale. Using recovered alien technology, the nations of Earth have collaborated on an immense defense program to protect the planet. But nothing can prepare us for the aliens’ advanced and unprecedented force. Only the ingenuity of a few brave men and women can bring our world back from the brink of extinction.

Review: The original Independence Day is a bit of a cheese-filled classic and is one of my favourite movies; when I heard there was going to be a sequel after 20 years like everyone else, I thought “Why?”

It didn’t really need a follow-up and worked as a stand-alone feature; but this being Hollywood and money is everything we got it whether we asked for it or not. Initial word of mouth hadn’t been that great so I went in with low expectations and although Resurgence wasn’t as bad as I expected it certainly wasn’t very good either.

Where the first movie got going in the opening scene inspiring a feeling of dread as soon as we see the shadow going over the moon, this belated sequel decides to meander for the first 40 minutes where nothing particularly interesting happens.

We are introduced to our new bland and totally forgettable young cast who fail to make much of an impression. I really don’t rate Liam Hemsworth very much as he has little screen presence and Jessie T. Usher wasn’t much better. The script in general I think was to blame as it lacked any real spark with none of the banter that kept the first one so jaunty. This did at least lack the cringe-worthy cheese though which was to be commended.

It was great to see Jeff Goldblum and Bill Pullman together again but like I said it’s a shame the script was so dull and it lacked genuine heart. There were no memorable lines or set-pieces to make it stand out against every other city destroying blockbuster out there today. The White House destruction scene in the original movie is still a classic mostly because of the use of models and miniatures which helped to create a greater sense of scale. Everything here is done using CGI and although it’s well done I still felt unmoved for the most part.

It wasn’t all bad though; the alien queen was well done and I enjoyed the climactic action sequence. I liked how we got to see more of the aliens as hive-mind soldiers; the scene with Jake (Hemsworth) and his crew fighting them on the ship through the swamps was arguably my favourite.

I also liked how we commandeered the alien technology and made ours more advanced so when the aliens came back we aren’t quite so helpless. There is no virus uploaded this time which was always one of the many dumb moments of the original so Resurgence deserves a tip of the hat for that and for at least trying something a little different.

The music score was pretty forgettable this time around as we sadly didn’t get David Arnold to come back; instead we get Harald Kloser & Thomas Wander (or Wanker as it says on IMDB) but they do at least hint at the original themes in the second half.

Overall, Independence Day: Resurgence won’t be remembered in the same way as the first and is strangely bland and quite forgettable but it does at least have some spectacular moments and fun ideas to be worth watching once. It’s just a shame the new characters aren’t remotely interesting and the script lacks any memorable lines.