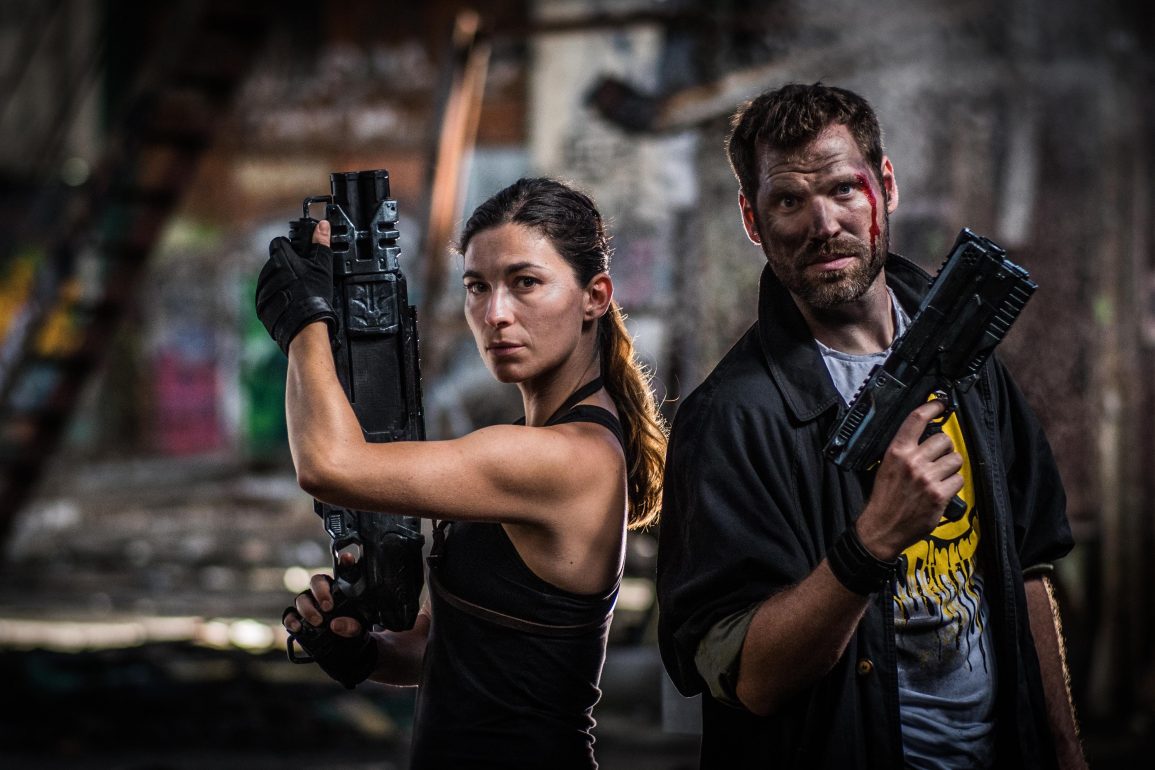 SYNOPSIS: In an apocalyptic future, Stacy and a group of resistance fighters try to find Alex Rayne, a simple chef who could annihilate the Cyborgs army created by Magnatron Corp., a powerful organization controlled by machines. A Cyborg of the latest generation, the C-9000, is running after them with the mission to eliminate Alex including any human life…

If you enjoy old-school action then you’ll love Cyborg: Deadly Machine from The Masebrothers as it’s a fun throwback to The Terminator while also referencing several other classics like RoboCop, Hardware, Nemesis, Aliens and even Under Siege.

It gives us the future war we’ve always wanted to see and considering the modest budget the impressive visuals are done practically (for the most part) giving us plenty of bloody action. Make no mistake there is plenty of gore with some gruesome kills and a high bodycount.

It also has a rather wacky sense of humour to it which may not be to everyone’s taste, but I enjoyed it and the videogame segment towards the end was awesome. I thought Barry the A.I. had the best lines and provided a lot of the jokes with Alex (Dave Trix) our protagonist.

Alex is a former cook turned into solitary mercenary. He lives with Barry an I.A. he found on a breakage. He is driven by one thing, cooking, and travels the world to find quality spices in order to make the perfect tomato sauce. He is also a weapon expert.

They team up with Stacy (Arelie Aloy) who is the leader of the resistance; she is looking to find Alex to locate Magnatron and make the final assault. She’s afraid of nothing, and she’s a true leader. She lost her entire family during the war against the machines and is determined to take her revenge on them.

The music is all cool dark synths and is composed by Meteor & Fixions which captures the mood perfectly.

Cyborg: Deadly Machine makes for a fun ride but don’t take my word for it; check it out below: