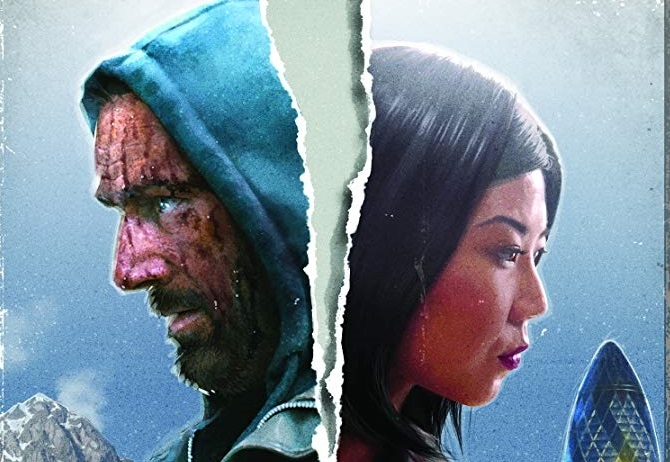 The first two Dead End short films featuring Bryan Larkin betrayed any budget restrictions by looking as good as any Hollywood production with slick action scenes and an engaging storyline.

Dead End told the story of a hitman known as The Contractor who is sent to Hong Kong on a job with a young assassin known as the Young Gun. The assignment leaves both men questioning their motives.

The second movie subtitled A Justified Kill continued the tale of our two hitmen. This time they target a human trafficking gang in Hong Kong. When their mission spills into the streets a young girl becomes drawn into a brutal and bloody battle that changes the path of her fate.

Taking the action from London to Hong Kong gave an exciting international appeal with great characters and performances.

Now the third Dead End movie is here entitled Dead Man Walking and it expands their universe even further; it may well be my favourite of the three because now the action moves to the Highlands of Scotland. At one point they drive past a hill we see going past Tyndrum and it took me back to my younger days when I would drive up there and go hiking.

Anyway, The Contractor (Larkin) has essentially been compromised while trying to take down this trafficking network and told to stay out of the way of his handler. He heads up to Scotland to lay low but is followed by an assassin and it doesn’t let up from there.

Aside from being visually stunning Dead End III is an incredibly fast paced 25 minutes and I really would like to see this series become feature length. The Contractor is a great character and Larkin brings a humanity to him when could otherwise be nothing more than a cold and ruthless killer. We root for him and it’s because of his compassion which is truly tested during the final moments. I’m afraid I must insist on Part IV as soon as possible as I need to see where this story is going.

Vengeance director Ross Boyask once again proves he is one to watch keeping the pacing tight and the action slick.

Overall, Dead Man Walking is another winner in this exceptional indie action trilogy. As I say I hope it doesn’t end here and continues on with either a fourth entry or a movie.