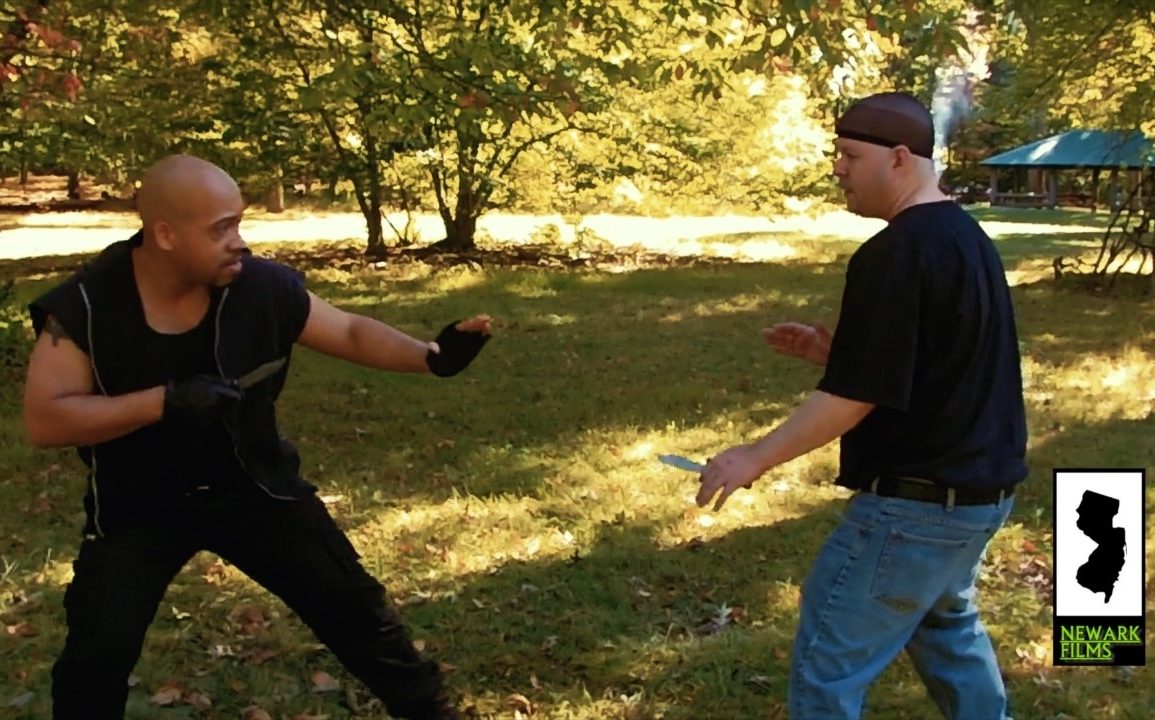 Manhunt from filmmaker Franklin Correa is a love letter to old-school action and is the type of movie you would see on the shelf at your local video store in the 80s.

It tells the story of a sadistic madman by the name of Santos (Jorge Valentin) who embarks on a journey to play a deadly game of manhunt with Conroy Jenkins (Franklin Correa) a martial artist and survivalist who also instructs FBI trainees in close quarter combat and knife fighting. Being thrown into this maniacal game, he has no option due to his fiancée Stacey (Anissa Smith) having been taken by Santos. Now with the help of his trainees Burgos (Will Fonseca) and Lacey (Alanzo Phillips) they will take on a group of assassins where it all first began doing whatever it takes to survive.

This is guerrilla filmmaking with practically no budget so as I said it feels like an old fashioned VHS movie which I believe was the intent. At just over an hour long Manhunt does the best it can with such few resources and is a fun throwback to the golden age of action cinema.

Correa himself proves amiable on screen and clearly has the martial arts skills but the budget restrictions mean that that the fights aren’t all that spectacular. I also found that some characters narrate too much as they all seem to talk to themselves throughout which wasn’t necessary (and sometimes distracting) but on the flip side of that there are a few entertaining one-liners.

The music has a cool synthwave vibe which references the likes of Carpenter and is one of my favourite aspects of the movie.

Manhunt may not have the budget but the ambition is there and is a perfect example of the Robert Rodriguez style of filmmaking where sheer willpower and a love of movies gets the job done.