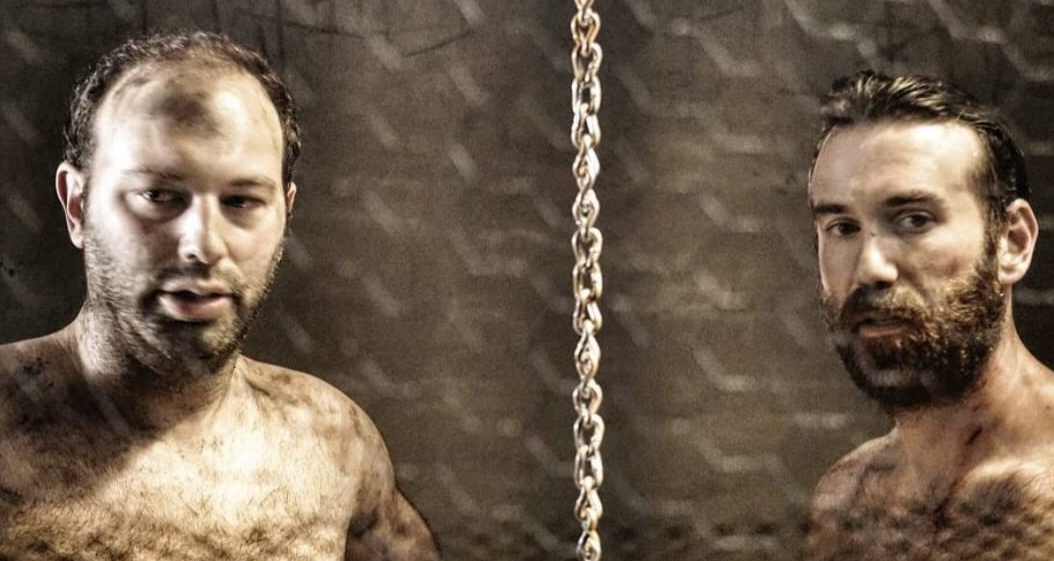 Blast of light. Eyes adjust. A dank, concrete room with plyers and a hammer atop a dilapidated table. Two intelligent idiots, wearing only underwear and tied to chairs, with no clue how they got there. And they’re fervently debating whether Netflix produced Hostel 3…

Actually, let’s rewind and start with the idiots.

Sean and Eric, two aspiring screenwriters with a contentious friendship, are mistaken for terrorists when their email correspondence containing ideas and “research” for an action movie script leads the government to believe they’re plotting a real terrorist threat. They’re kidnapped by the NSA and uncover a shocking conspiracy; rogue agents want to use the screenplay’s plot for an actual attack and frame the two. Trapped and tortured in an underground lair, Sean and Eric must fight to escape, while coming to terms with their checkered past, to save their families and the fate of the free world.

Action movie tropes soon follow, but there’s a twist. IN ACTION only features two actors, was shot in two locations on a purposefully micro-budget, and uses a mix of live action, animation, hand-drawn sketches, toys (yup…we said toys) for a comedic spin on the action genre. All told through a modern lens while acknowledging its fond nostalgia for the genre’s 80s & 90s-era roots.

IN ACTION isn’t strictly speaking an action picture but it’s made by two filmmakers who clearly know and love the genre. It has no budget and is just two guys (Eric Silvera and Sean Kenealy) performing everything themselves. It almost feels like a 2-man stage play and is frankly quite ingenious and imaginative. We get references to Commando, Seagal movies, Die Hard, Lethal Weapon and more; one of the guys even wears a Bloodsport t-shirt at one point.

It’s unlike anything I’ve seen before and I’m sure it won’t be to everyone’s taste (what is, after all?) but I see Silvera and Kenealy going on to bigger brighter things due to their sheer ingenuity.

Some of the dick jokes get a little tiresome after a while but generally it’s hilarious and the use of animation and action figures is endearingly bonkers.

Considering it has no budget the production values are excellent and it never looks cheap.

Overall, there’s not really much else to say; In Action is an hour and 18 minutes long and it is kept moving by Silvera and Kenealy’s wacky antics. If you love your old -school action then this will be worth your while as it is the perfect demonstration of what you can do using your imagination.

IN ACTION was written, directed, and stars Eric Silvera and Sean Kenealy.  The film has a running time of 79 minutes and will not be rated by the MPAA.  Following the successful festival run, Gravitas Ventures will release IN ACTION on digital platforms including iTunes, Google Play, Fandango Now and all major cable/satellite platforms on May 11. 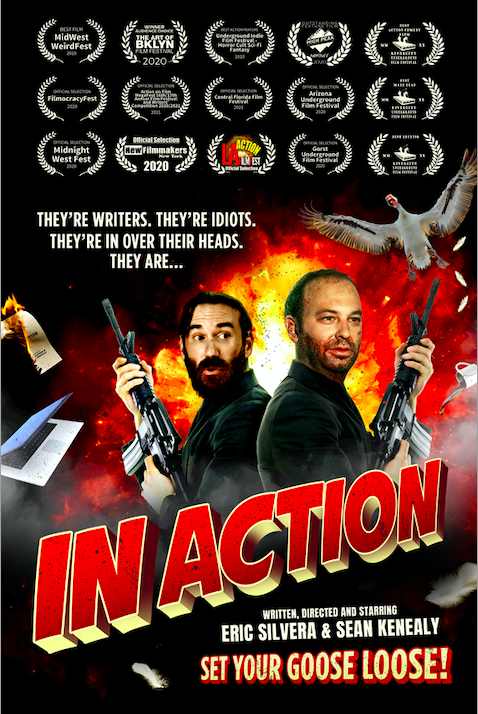