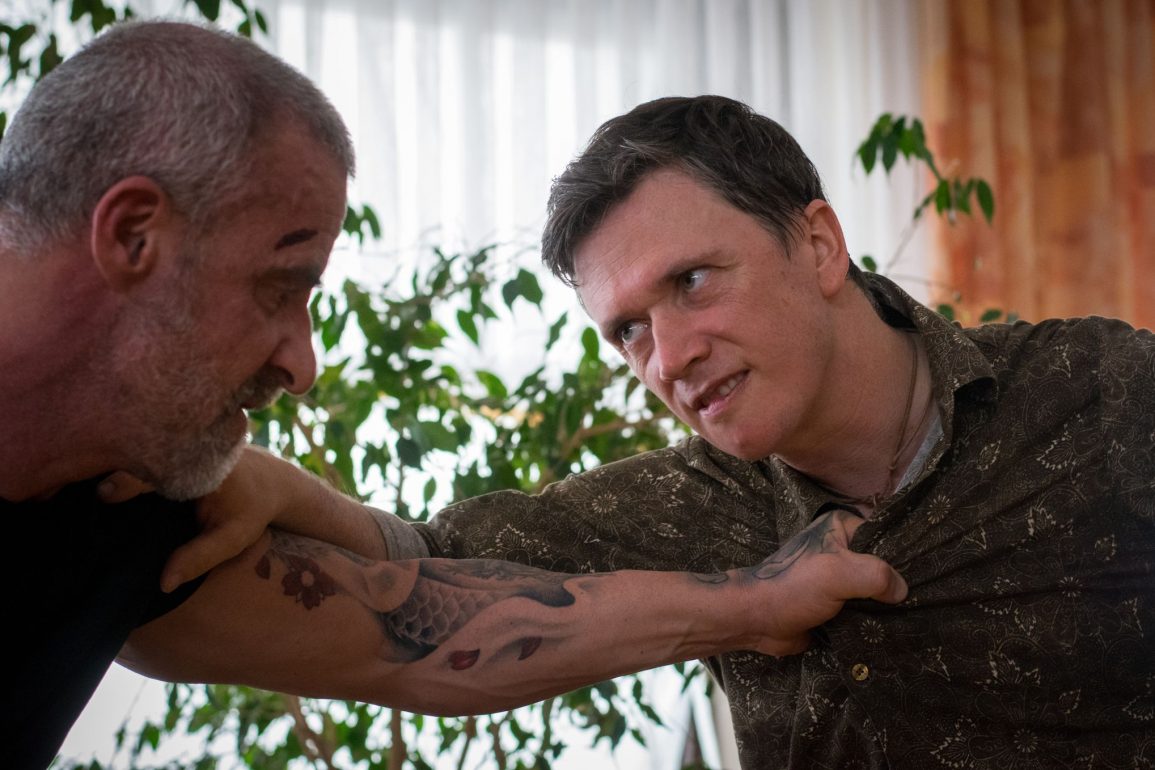 Plot: Germany’s greatest action star, Jack Walker, is making his comeback in a low budget action comedy, but little do the cast and crew know that their film location has been taken over by real life criminals. Jack will have to draw upon all his action movie experience to help them survive and win the day!

Jack Walker is a low budget action comedy with heart and surprisingly memorable characters. What is lacks in budget it makes up for with effective fight scenes that pack a punch.

Stefan Morawietz plays our lead Jack Walker and he brings the right amount of broodiness to be believable as the former action star. Getting older is hard for everyone but I often think of how hard it must be for our 80’s action stars who were famous due to their physicality but like the rest of us their bodies get older, and they are no longer able to perform in action movies like they once could.

Jack’s ego makes him hard to root for at first as he desperately tries to hold on to former glories but as the tale progresses he realises that it’s not all about him and he has to work with others to save the day.

Denis Lyons is well cast as the villain Alexej who manages to be an effective antagonist and he seems to be enjoying himself in the role. He has a humorous face and I feel like he is born for more comedic fare.

The hugely talented Mike Möller plays one of the film crew and he gets his moments to shine although I do wish he had more screen time.

Julia Schunevitsch is wonderfully malevolent as Alexej’s henchman Kata who deserved a far worse fate than she gets.

At 93 minutes Jack Walker is well paced and as I say considering the lack of budget the fight scenes are coherently shot. It’s directed by Tanay Genco Ulgen who had previously only helmed short films so as a debut this is damn impressive and shows that he has a bright career ahead of him. He has worked in stunts and action design so he clearly understands the genre having worked on the likes of Skylines, Attrition and more.

Overall, Jack Walker may not have a huge budget but there are enough impressive fight scenes to entertain; Stefan Morawietz is believable as the washed up action star and provides some pathos giving the film a little more depth than we might expect.