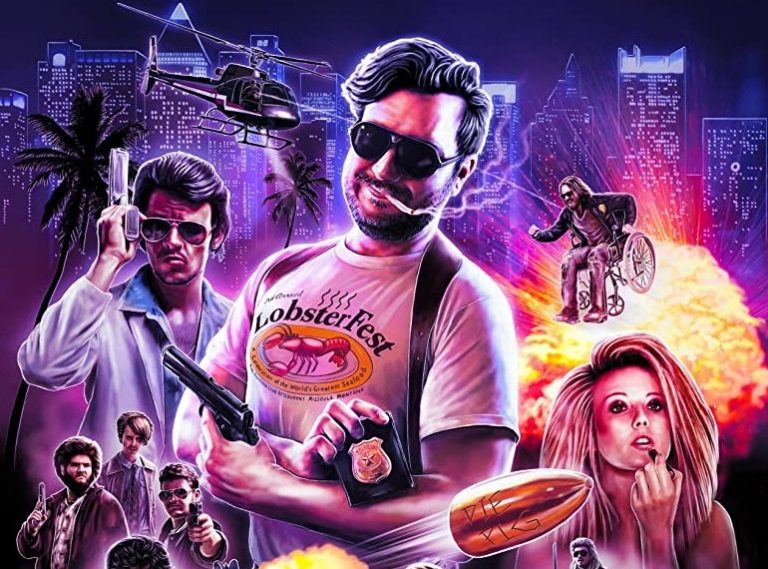 Plot: It’s the mid 1980’s in the most crime ridden city of Australia. Only one man keeps the scales of justice even. Cowboy Detective, Lieutenant Jangles. After his partner is killed in a blazing shootout, Jangles goes on an explosive and blood soaked mission to avenge his death. His quest for vengeance unintentionally makes him the enemy of a mysterious new crime boss, who has been quietly taking over Brisbane City. When their paths finally cross, one thing is made clear, this town isn’t big enough for the both of them.

Lieutenant Jangles is a hilarious Aussie-style love letter to 80’s action with all kinds of Eastern Eggs like a news reporter called Marion Cobretti, posters for various movies like First Blood, Cobra, Road House and Miami Connection in the background and several laugh out loud moments to keep fans entertained.

It’s low budget and yet it’s hard to criticize any aspect of Lieutenant Jangles as it’s a movie that knows exactly what it is and is violent, low brow and foul-mouthed from beginning to end. Admittedly the dick jokes start to get a little tiresome but the humour comes fast so it may require several viewings to pick up every line.

It has an awesome 80’s synth score as well as some choice tunes which just adds to the madcap atmosphere and craziness of it all.

Lieutenant Jangles (Matt Dickie) himself is kind of an arrogant dick but his silly laugh and regular one-liners had me crying with laughter and although there is a lot of over the top violence there’s never anything shocking or disturbing; it’s all just harmless fun. It feels like a bunch of buddies got together and just wanted to have a good time and turned it into a movie. The humour is very Australian so I’m not sure how North American audiences would react but it worked for me.

Overall, Lieutenant Jangles relishes its low budget with crazy set-pieces and hilarious moments; it may not be for everyone but I had a blast with it. 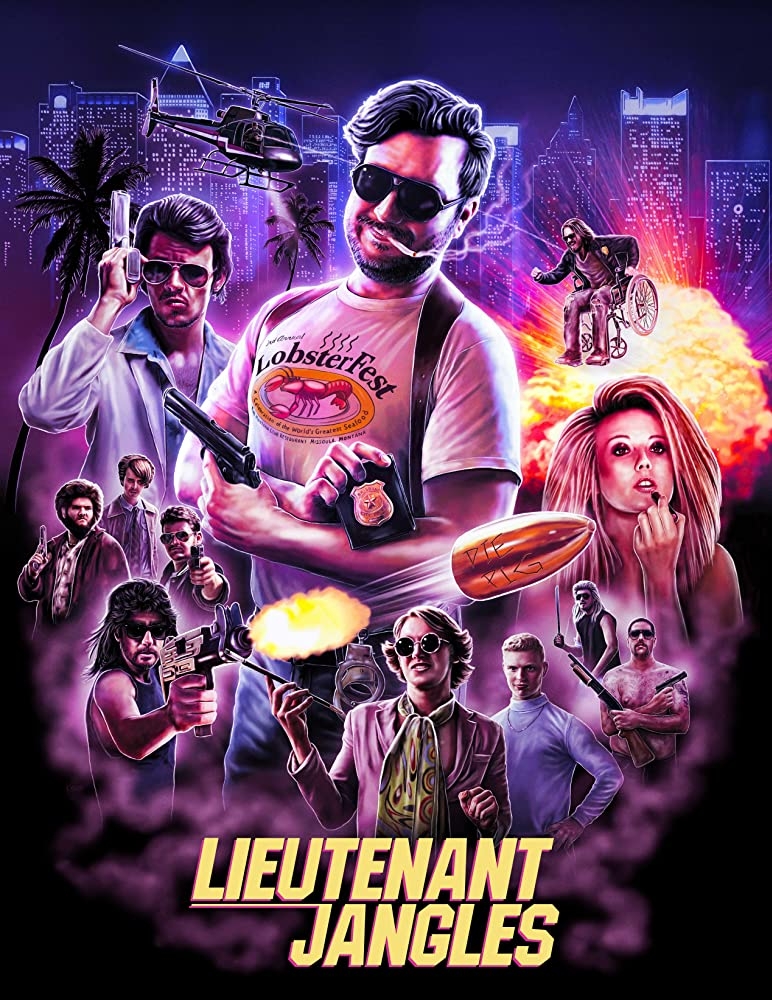