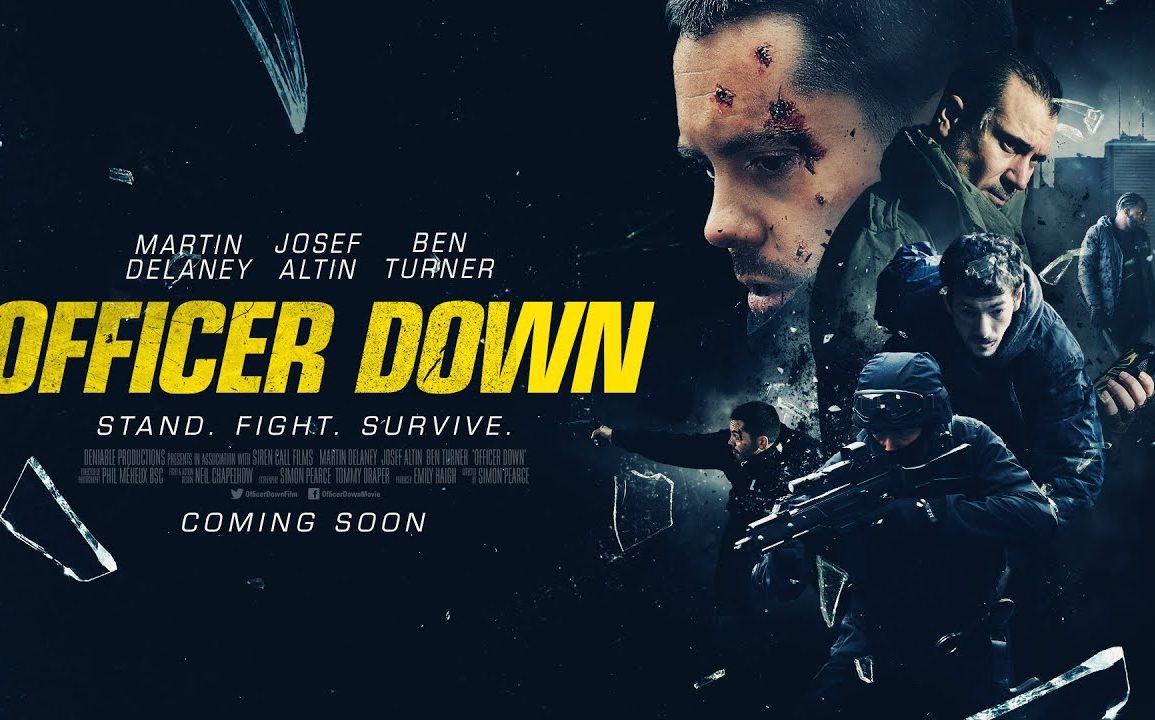 Plot: Set amidst a divided country, with fear and civil unrest at it’s peak, OFFICER DOWN tells the story of police officer Alex Trent, who becomes trapped in a rundown building with a dangerous extremist group, hell-bent on taking violent action. Disillusioned and radicalised, the group is led by ELIJAH, a man branded as a threat to the country and the last person Alex wants to meet. Also inside is a young refugee, AMIR. His allegiances unclear, he battles between a radical leader and an oppressive police presence. Though worlds apart, these two opposing soldiers, Alex and Amir, must now choose whether they can trust one another in order to get out alive. It’s an ordeal that will lead Alex to question everything that he’s been told and everything he believes…

Officer Down is 18 minutes of pure adrenaline; it’s a short film from director Simon Pearce and is about a young British police officer called Alex Trent (Martin Delaney) who is trapped during civil unrest and must overcome his fears and bias, to save an enemy that could be his only hope.

This is the perfect example of not judging a book by it’s cover and feels very current for the times we live in. It starts off with Alex being chased in a tenement building while a riot ensues outside. While hiding he finds someone who says he can help him but at first Alex doesn’t care and is reluctant to listen to him.

Alex ends up getting captured and I won’t say what happens from then on, but it gets unbelievably intense with hints of The Raid as our protagonist has to escape this nightmare not knowing who to trust.

The fights are brutal, and you feel every punch and kick along with Alex’s desperation as his situation gets more dangerous. Martin Delaney is well cast as Alex, trying to keep his cool in the thick of things but still has an air of naiveite about his job and the world he is a part of.

The acting in general is spot on and Ben Turner (300: Rise of an Empire, Dr. Who) especially makes an impression as Elijah bringing a quiet intensity to the role.

Overall, Officer Down has rapid-fire action, nice production values and a fast pace making for an intense 18 minute gut punch proving Simon Pearce is a talent to watch.

Having recently finished it’s run at the Oscar qualifying Hollyshorts, the film is now available to stream until November 30th at the BAFTA qualifying Aesthetica Film Festival, with currently another two chances to watch coming up in early December, one via the Fighting Spirit Film Festival based in London, and another via the genre festival Another Hole in the Head in San Francisco. There will be more screenings to follow through 2021.

Officer Down (2020) Official Trailer from Deniable Productions on Vimeo.