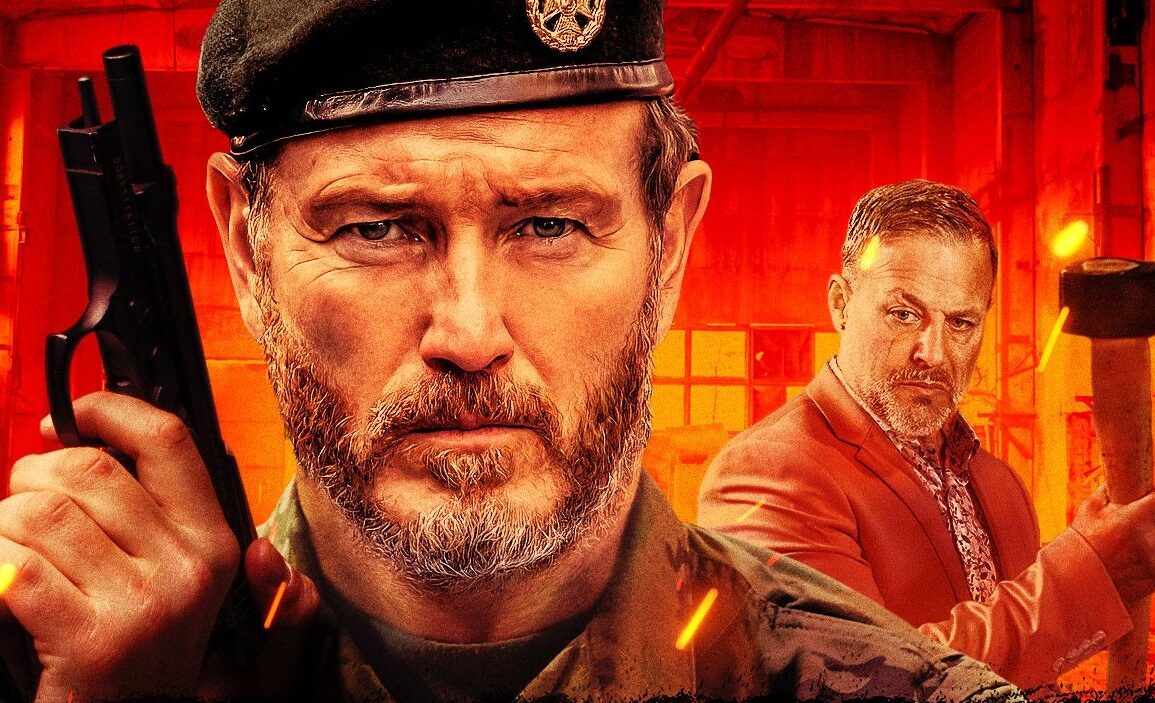 Plot: When a retired Green Beret soldier is murdered by an international drug gang in London, four of his veteran SAS comrades set out to avenge him, dispensing their own brand of justice on the streets of London.

Renegades has been on my radar for what seems like forever as it has one of the best casts of the year including Nick Moran, Lee Majors, Ian Ogilvy, Jeanine Nerissa Sothcott, Billy Murray, Patsy Kensit, Louis Mandylor, Danny Trejo, Michael Paré, Tommy ‘Tiny’ Lister and Stephanie Beecham.

This is a low budget film so don’t expect huge set-pieces but it does have that gritty, realistic feel and also has a classic men-on-a-mission vibe. Story-wise it’s a straightforward revenge yarn with a group of ex-military comrades out for justice when one of their own is killed by a group of thugs but sometimes we don’t need to have a big convoluted plot so, I welcome the simplicity.

One of the major selling points is seeing Lee Majors who was an idol of my brothers and I growing up with The Fall Guy and The Six Million Dollar Man; his role here is relatively small but it’s important and even in his 80s he still has that magnetic screen presence.

Louis Mandylor never disappoints and makes for a truly hateful villain here with no redeeming qualities; he’s the leader of the crime syndicate responsible for the death of Carver. I’ve always felt Ian Ogilvy should be cast as M in the new James Bond movies as he still has that dapper demeanor coming across as a natural leader; he’s the head of our group of heroes here and his easygoing charm makes him so appealing.

Nick Moran is proving himself one to watch in the action genre and it’s nice to witness his hand to hand combat skills in this movie which are put to good use in the final showdown.

There are several action scenes throughout including a raid on a brothel owned by the villains and then the finale itself is the highlight with the aforementioned impressive fight between Louis Mandylor and Nick Moran.

As this is low budget fare it does have CG blood and muzzle flare which does take me out of things a little but it’s understandable due to the financial restrictions. I do miss the days of squibs and blanks in movies…

It’s very much open for a sequel which I would be interested in seeing as I love the characters and want to see more of them in crazier adventures.

Overall, Renegades is a fun ride and although it doesn’t have a massive budget it still has the best cast of the year who despite their ages still know how bring on the badassery when called for. They are a likeable squad and here’s hoping we see them again in future movies.