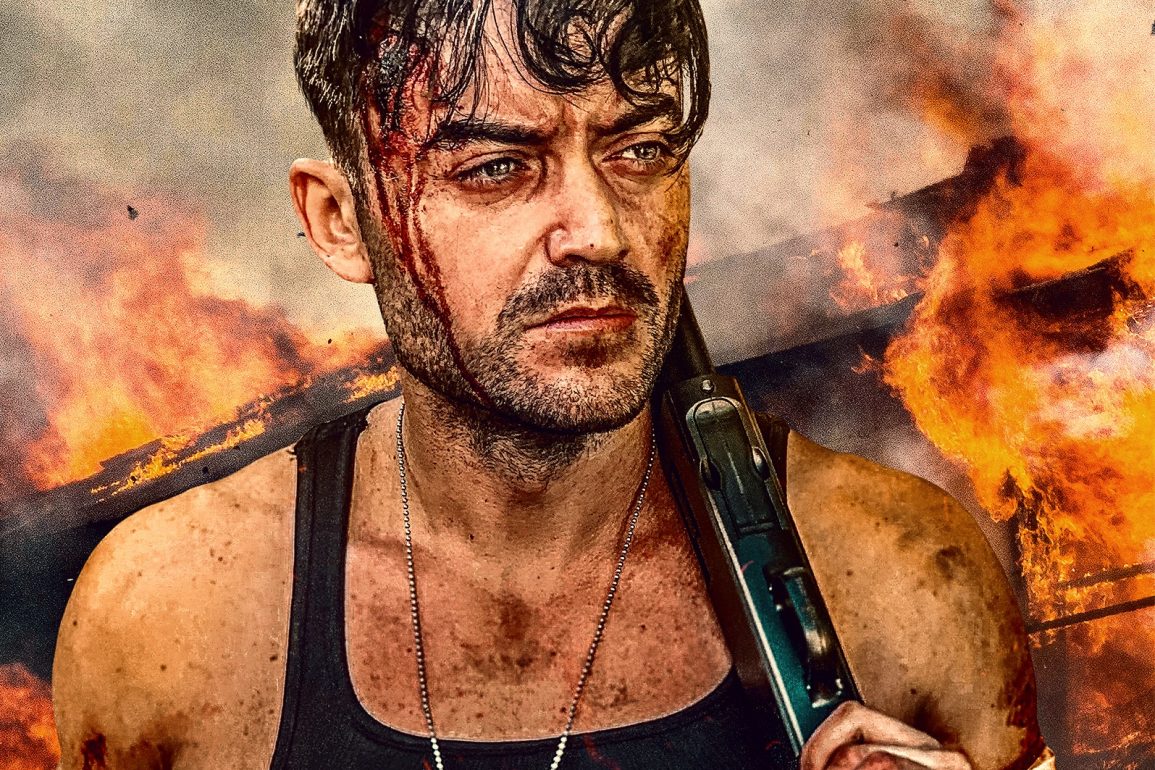 Plot: Ryker is a recently returned to home vet who is struggling for money to take care of his wife and child. He gets in touch with Vinnie, a mob boss, who helps him, but Ryker soon wants out and when Vinnie doesn’t allow it. Ryker purposely throws a job and Vinnie seeks to take Ryker out in any way possible. The Handler was written and directed by Michael Matteo Rossi (Chase, Misogynist).

I recently watched the latest actioner from Michael Matteo Rossi entitled The Handler and it was the perfect example of how to make a kick ass action movie without a massive budget. Written and directed by Rossi, The Handler tells the tale of an ex-marine who after throwing a job, seeks refuge in a safe house where he is swarmed by mercenaries sent to kill him.

The fights are plentiful and the violence bloody keep the pacing fast and tight. The movie is around 80 minutes so it’s never dull and Chris Levine kicks ass as the near unstoppable Ryker Dune (awesome action hero name FYI).

There’s actually a host of cool character names in this movie like Viper, Logan Strong, Slade and Stone. Speaking of Logan Strong, it says he is played by Tryone Magnus… not THE Tyrone Magnus from YouTube? I literally subscribe to his channel!

Anyway, the fight scenes are clearly shot and frankly better than some big budget features so Rossi is someone who deserves a shot at the big time in the future.

Michael Pashan is suitably menacing as the villainous Vinnie Fiore however, my only gripe with the film is that the end just sort of happens and is a little underwhelming.

Aside from that The Handler is a solid indie actioner with plentiful action scenes and a fast pace making it an easy watch.