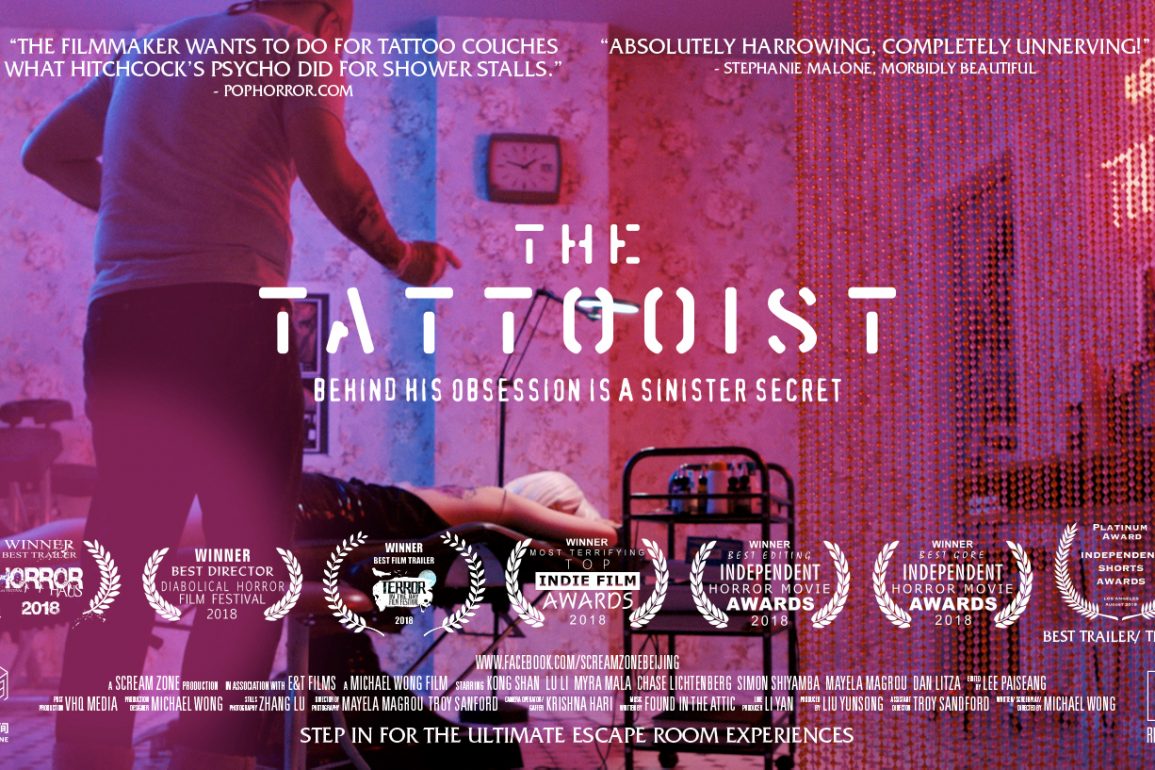 Michael Wong is a Malaysian indie film director currently residing in Beijing, China and he’s directed a micro-short called The Tattooist; it’s currently making its rounds at the horror film festival circuit and has been winning several international accolades.

SYNOPSIS: ‘The Tattooist’ follows the dark obsessions of a tattooist whose studio is acclaimed for its exceptional and intricately crafted tattoos. Those who receive his prized masterpiece are drugged, imprisoned, and then forced to fight their fears in a race against the clock to escape. Can they escape or will they become victims of The Tattooist?

The Tattooist from Michael Wong on Vimeo.