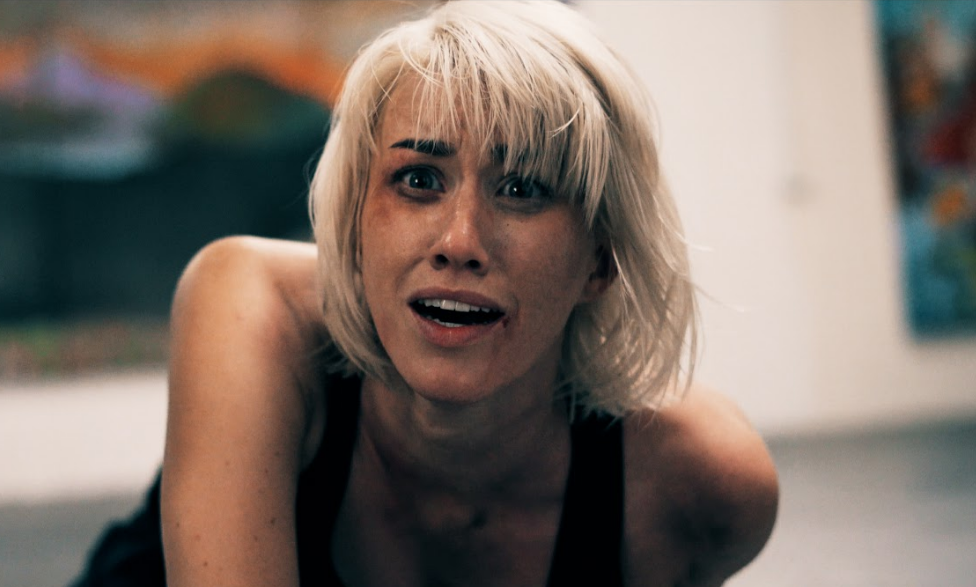 Plot: An idealistic woman is kidnapped and forced to compete in an underground fight ring. Every night is a fight for her life as she plans to overthrow her captors and save the lives of many others doomed to the same endless cycle.

Unchained isn’t an especially original tale and the low budget means the action is hardly spectacular but I found Mair Mulroney an appealing lead who holds her own in the fight scenes.

There is some over acting by some of the supporting cast especially The Warden but he was still a hateful monster.

The movie does get brutal at times especially when The Warden is beating up poor Aella with a baseball bat.

I do wish the camera was steadier during some of the action scenes where they actually stand back and let us see the fighters moves rather than it looking like someone dropped the camera and it’s rolling down a hill.

Overall, Unchained has a few entertaining moments with Mair Mulroney making for an appealing lead; the low budget lets it down especially with the awful CG explosion at the end and some wonky camera work during the fights. When there are so many other, better action pictures out there it’s hard to recommend something like this but if you enjoy low budget action then give it a shot.