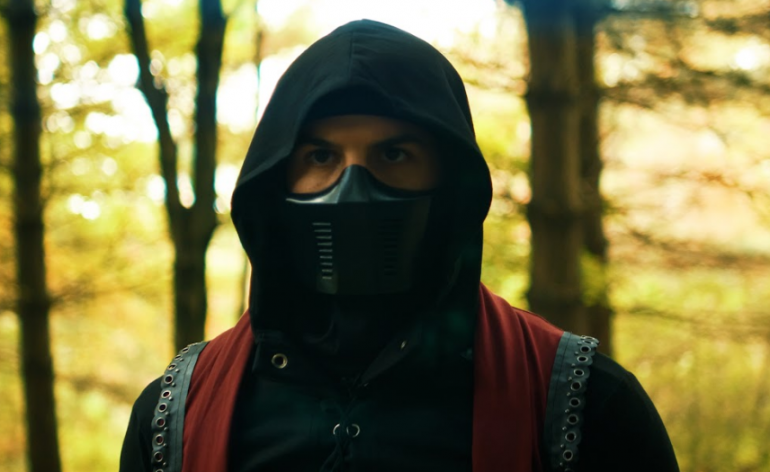 Johnny Wu has done it again. The award-winning filmmaker did not let a global pandemic stop his latest creation.  Using social distancing, masks and complying with all CDC and Government rules, Wu and his team completed Wu Lin The Society, an Indie Sci-Fi feature film. In fact, he cleverly incorporated mask wearing into the script.

Four Film Festivals have already accepted the movie where Wu Lin The Society won Silver Award at the Hollywood Gold Awards in Hollywood, Ca, and Best Action Feature at the IndieGathering Film Festival and Convention. Wu also signed a distribution deal.  Now, the public will be able to attend a special hybrid VIP Screening of Wu Lin The Society.

On Saturday, September 18, 2021 there will be a special screening at Atlas Cinemas Lakeshore 7 at 22624 Lake Shore Blvd. in Euclid, OH 44123.  Locals can attend the in-person screening from 7-10 PM at the theater which includes a 30 minute Q&A session. For those not from the area, you can watch virtually at the same time as well ask be part of the Q&A.

‘In the future… Revenge has no limit.’ Wu Lin The Society is set in the year 2050 when pollution and viruses are rampant. People need to wear masks to be able to breathe easy. But when people start to die mysteriously, the police thinks it is the work of a serial killer.  Rumors are whispered about a demon that is actually behind the rampage. The detectives must hurry to solve the mystery to stop the killings.

Johnny Wu says, “Filming during the pandemic was a challenge but we were able to create an exciting film and keep the cast and crew safe.  Now it’s time to share it with the world.”. “Diversity is very important, and we want to make sure this film includes everyone so showcase the talent.”

“A favorite memory of mine during the filming was getting hit in the head with a (fake) glass bottle in one scene” lead actor Jerry Sur, playing Detective Mendoza, recounting his experience, “and (prior to) ensuring that my fellow lead actor grabbed the correct fake one!”

Lead actress, Pauline Nowakowski, whom is 100% Mexican, plays Maria Consuela, had a great experience on set, “It was a great experience every time I was on set. It was like walking onto a Hollywood set.   My favorite time was when I got to do the flashback scene and was 30th something and pregnant.”

Prior to the feature film the evening will include a showcase of local filmmakers’ trailers and the debut of a short film from Pauline Nowakowski called Genie of the Bottle.

You can check out the movie trailer at https://youtu.be/ASrKilHIX6Q

Tickets for the in-theater event or livestream can be purchased at https://wulinthemovie.eventbrite.com (include information to the virtual watch party).

For those who would like to participate virtually, you can visit: https://www.watchbeem.com

The movie is filmed with Anamorphic 4K images providing a real 2:40:1 ratio scope and will be presented as DCP Scopt at the theater.