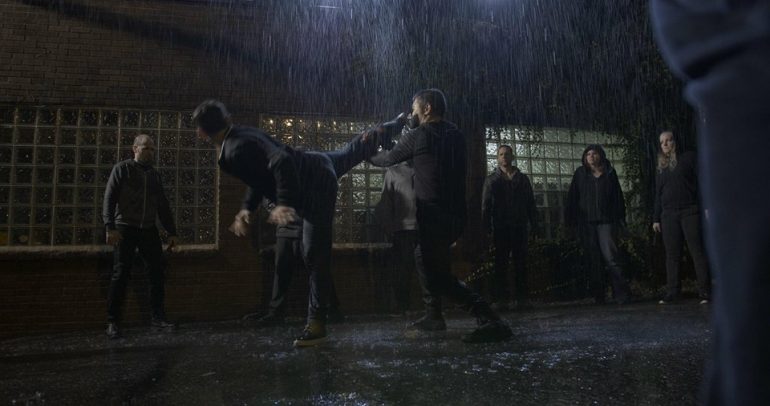 Wu Xia – A Martial Arts Tango is a 10 minute short film that is deceptive as you may think it is just a bunch of people fighting in a field (it is) however, there is a point to it all as we follow Sam and Neil as they are readied to confront the 5 elements to see if they are worthy opponents.

Described as “an all out martial arts style extravaganza set in a distant future” it really is a precursor to what is going to come in Wu Xia 2 which is a feature length indie flick which we’ll get to in a sec.

Although this is low budget filmmaking the cast clearly have some fighting skills and there is smooth camera work and nice choreography throughout making the 10 minutes go swiftly. Admittedly there is some iffy acting at times but when doing something with little to no money then that’s a given and I’ve seen far worse.

The film tells the continued story of a group called the 5 Elements who are caught between the FOUR11 and the monopoly tyrant MediCan corporation in pursuit of a code that was developed to provide clean air after pollution and radiation engulfed the planet.  Wu filmed in Cleveland, Parma, Mentor and even ventured to Cortland, Ohio.  The late fall filming yielded snowy backdrops.

The main lead, Ben Zgorecki, whom also helped choreographed two fight scenes, and supporting talents are all well-versed martial artists that worked together before on Wu Xia 1 – a martial arts tango, a short film that was released 4 years ago.

“Actors trained for months with choreographed fight sequenced instructed by our Fight Choreographer Keith Collins II” said Wu, “and due to the limited time available, many of the actors brought their own martial arts skills to help craft many fight sequences… Like a big family teamwork, everyone helping to make this a reality… I think this movie has over 100 cast and 50 crew to make it happen.”

Wu Xia 2 The Code’s current trailer and one of the bar fight scenes was released in early 2019 and has garnered a lot of attention, including being selected to be screened at the Action On Film MegaFest in Las Vegas from July 25 to August 3rd. Legendary actor and stuntman Al Leong along with other Hollywood stunt actors were impressed by the quality that Cleveland can produce.

Wu Xia 2 The Code will have a private VIP Screening on Friday, August 16 at 7:30pm at Atlas Cinemas Lakeshore 7 in Euclid, Ohio. The film will include many locally made trailers include the first Wu Xia: A Martial Arts Tango short film. Tickets are $10/each, seating is limited, and can be purchased via the Atlas Cinemas’ website or via https://wuxia2thecode.eventbrite.com

Visit the Wu Xia 2 The Code Facebook Page at https://www.facebook.com/wuxia2thecode

Synopsis: IN OUR future, one simple breath could mean life or death. As we search for a solution, pollution engulfs our world. If we don’t find an answer fast, all living things shall perish. We are the Five Elements; we strive to protect humanity… Years ago, many warriors came to us seeking change, joined our way of life. Right after, a Code was discovered that could save the world and was injected into one of us. One of our clan’s mate didn’t survive. Now we must fight for our lives to bring the code – to the world…or die trying. With the MediCan Research Corporation and The FOUR 11 gang on our tails….We must protect the code….AT ALL COSTS.

The second Wu Xia will be released on August 16th and is innovative with its ideas showcasing some impressive visuals considering its modest budget. It’s also not just action for the sake of it as it has something to say about the way we are treating the Earth’s environment and showcases what could possibly happen in the future if we don’t start to change.

It never comes off as preachy and I love some of the tech they use like the holographic screens that come out of people’s arms that can be used for various reasons like communication.

The performances are far improved this time around compared to the first Wu Xia and there is no shortage of action. We get to see every punch and kick with steady camera work and no flashiness taking away from the martial arts. I have to admit I’ve never had a barman react so suspiciously when someone ordered a Soda/Coke before… remind  me never to visit that pub any time soon.

Overall, the Wu Xia films deliver the action goods and although they are low on budget they are high on ambition and exciting ideas. Director Johnny Wu is certainly one to watch and I look forward to seeing what he comes up with in the future. 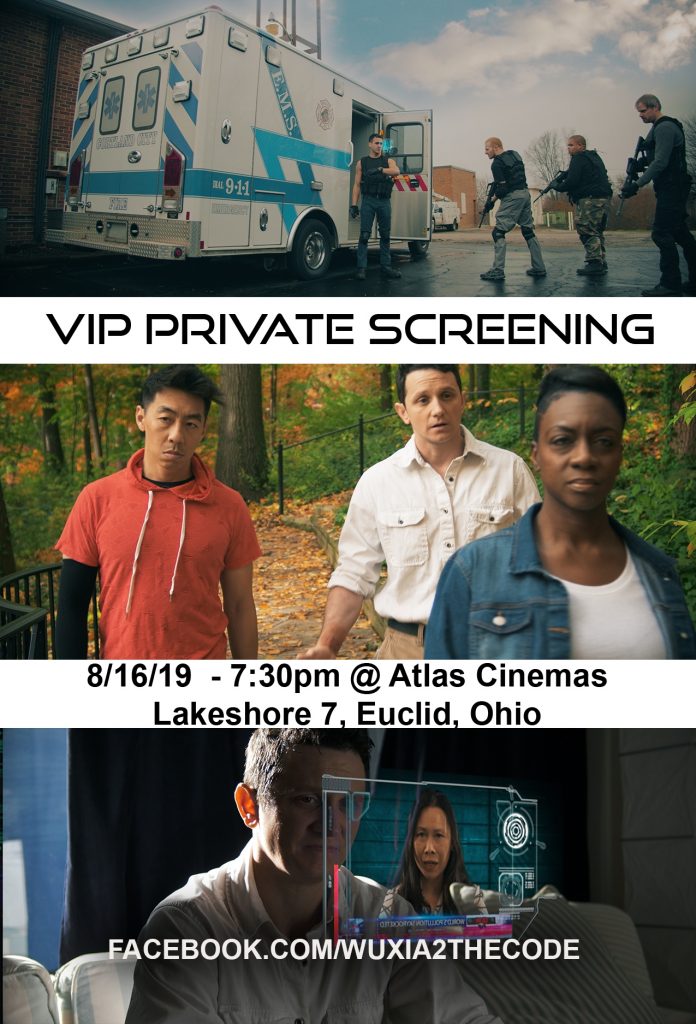 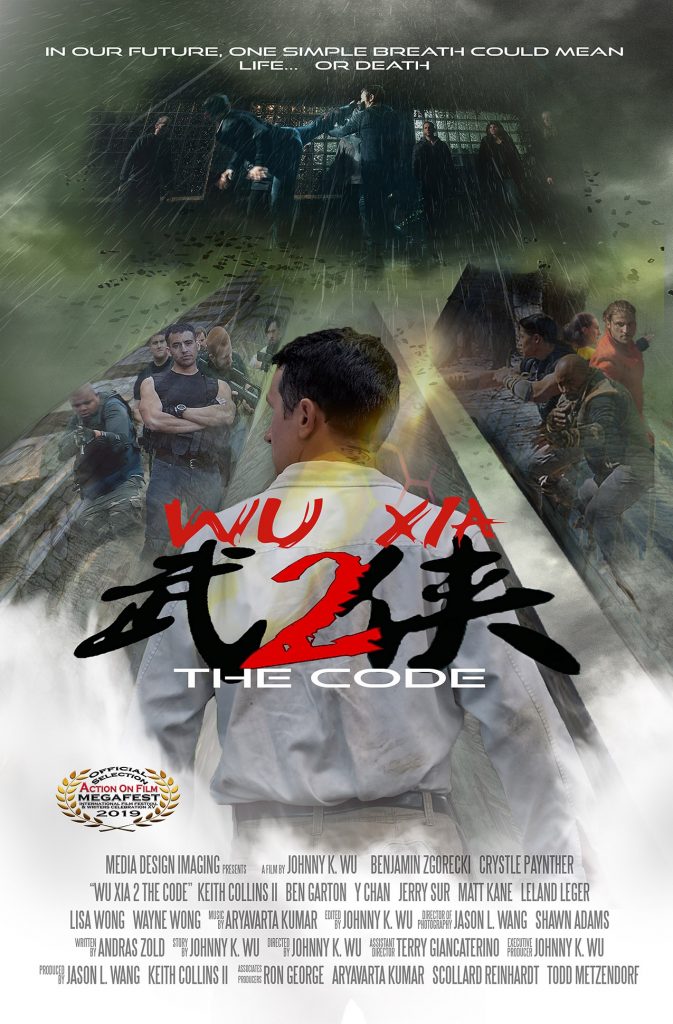