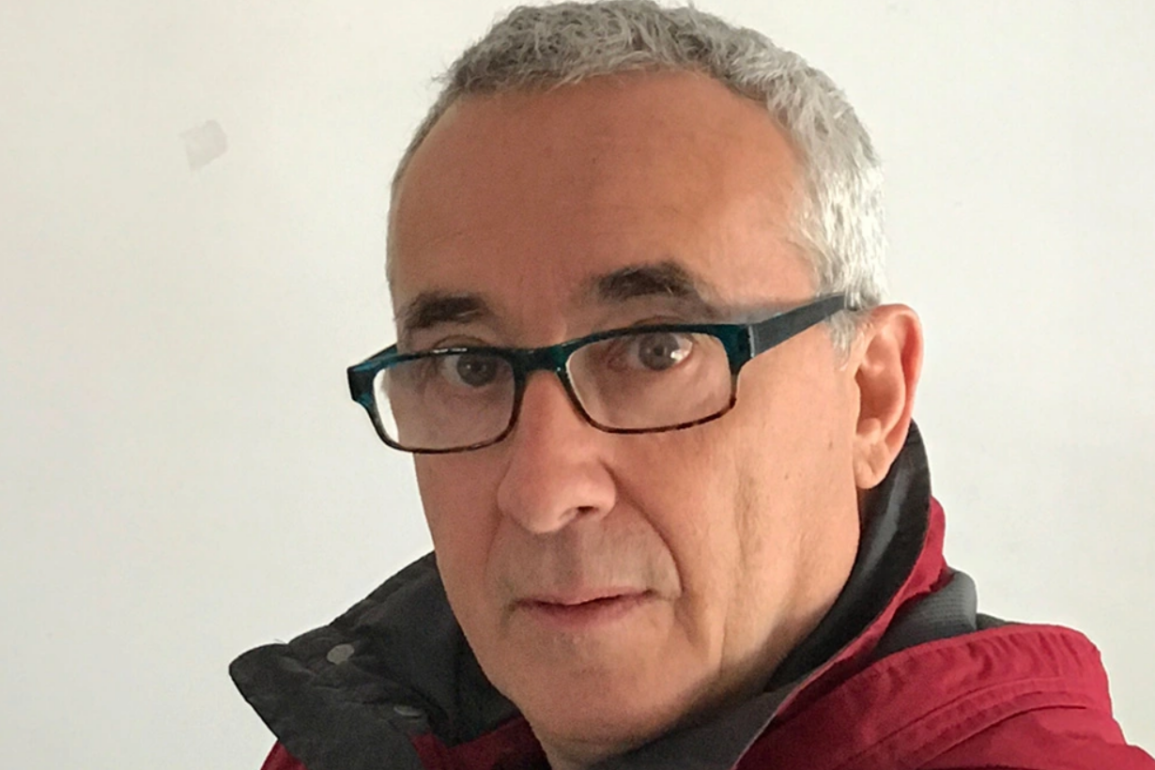 Plot: When a copycat murderer strikes, Detectives Jake Doyle and Mary Kelly seek help from an incarcerated serial killer called the Artist. As Mary delves deep into the Artist’s brilliant but twisted psyche, she and Jake get lured into a diabolical game of cat and mouse, racing against time to stay one step ahead of both criminals.

Mauro stopped by to discuss the film.

I’d like to talk about your new film Mindcage, which was written by Reggie Keyohara III who you worked with before on The Recall and War Hunt. Were you involved with it from the start and how did it all come together?

Yeah, we have a collaboration that has gone on for a few years now and we have also had a project we have been wanting to do together. The story started with me coming up with the idea; I wanted to make a detective story because this is a good genre that is commercial and that has a big audience. I’m always fascinated by film noir and I’m a big fan of Seven and The Year of the Dragon. At the same time, I wanted to do something with my fine art background and my painting as I was a painter when I was in Italy before I came to America. As a visual person, I liked the fantasy elements. We had to put something supernatural so, we started with those three elements and I met with Reggie. We talked about making a detective story. Maybe the killer is a painter and maybe the painting has something to do with the crime. In the past, I had a story that I wanted to make about Bosch, a painter who made a painting that actually wrapped in a certain way. It was opening a gate to Hell. I thought, okay, maybe this is an opportunity to get the inspiration back and use some fine art with the beautification of a crime somehow. We started with an outline without writing anything, just purely pitching a story and coming up with the idea. Then Reggie wrote the first draft, and then we went back and forth with notes and rewriting and then we got into production. 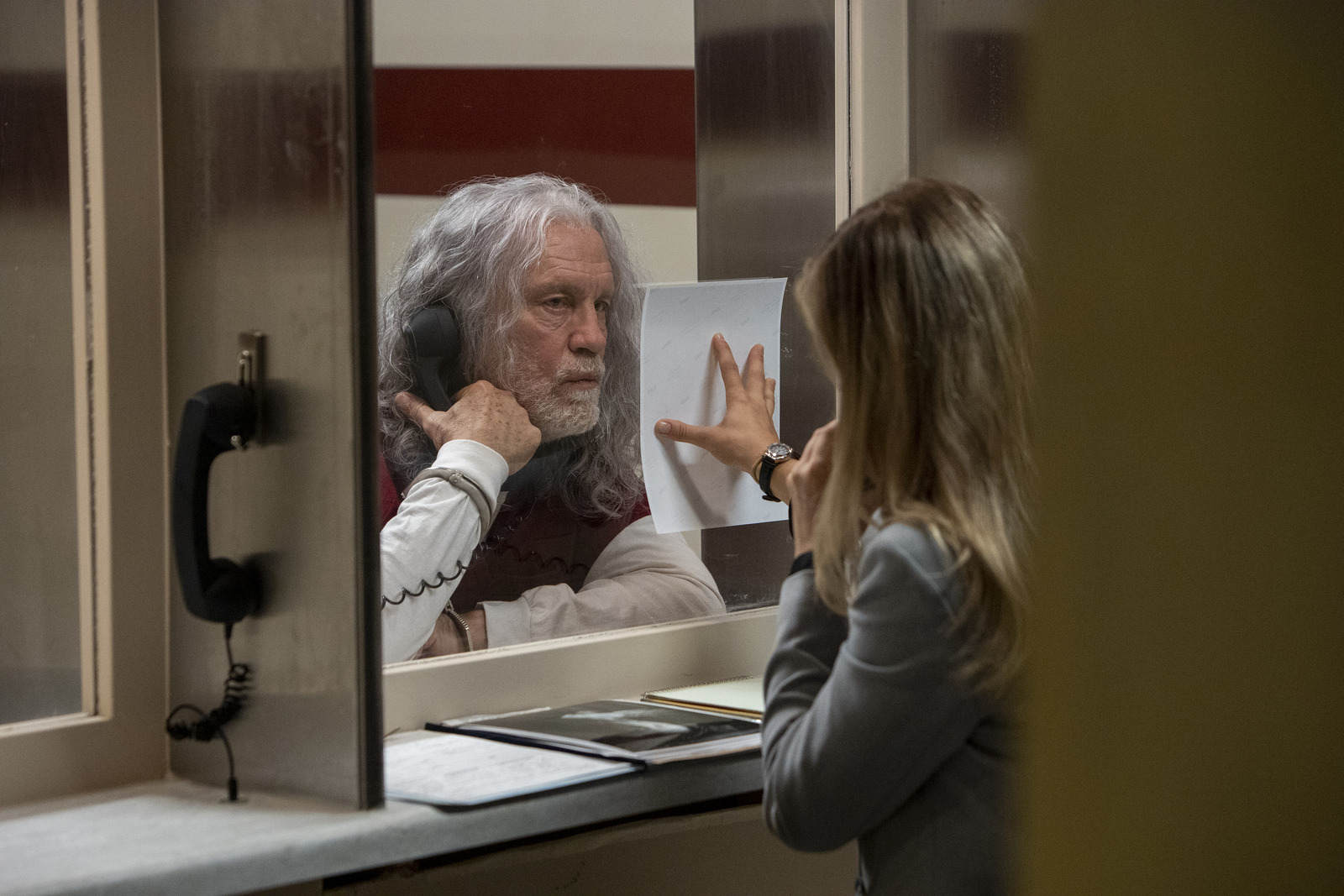 What kind of instructions did you give the set and costume designers in creating the look of the angels?

Well, I did some sketches for those. I didn’t want to do a finished illustration because then I got stuck with that idea and then I cannot do it. If I just make a loose sketch and see how that can turn into the final thing. There were indications for art direction so you can do some construction, like maybe the angel needs a cross to be crucified or at least some other elements. There was an element that goes into the art department, some others go to prosthetic and makeup. The instructions were like “Okay, she’s going to be white. We need to have the wings in a certain way”. That would be the prosthetic and the sculpting. Then we had the actual special costume that was done from a Polish costumer that does only crazy creative. Usually, she works for photography and she does these crazy costumes. So, we have Katarzyna from Poland, Chintamani Guggenheim from L.A. and she was doing the prosthetics and the construction. With these elements together we had to make those figures.

I particularly loved seeing Martin Lawrence in a role like this, because it’s something we haven’t really seen him do before; why was he the perfect choice for Jake Doyle?

First of all, we got John Malkovich on board, and then we were looking for the role of Jack that Martin did. I got a call from the producer that told me, “I think Martin will be on the movie”, and I’m like, “are you serious?” I was very much taken by surprise. Then he said, “I’m sure he could pull out something fantastic”. I had a talk with Martin and when you see him in a comedy you wonder, how can it work on this movie? When I saw him on Zoom, he had this laid-back kind of mood. He has a beautiful, warm, nice voice that I felt worked for this character as he needs to have this kind of fatherly, charming, soft voice. He was very committed and very ready to take a challenge. I like to be with somebody that wants to take this journey and do this experiment. I think he knew that his comedic instinct could emerge anytime so, I think he did a good job implementing that, being in character all the time. I didn’t see him joking around or goofing around before coming on set; he always kept his mind on the character. I think that was his choice to do this. It was great, I mean, I really had a good experience and he is a professional. These people can be on stage doing stand-up comedy for 2 hours, knowing all the lines, where learning 3 pages a day is nothing (laughs).

Yeah. I think I would cry if I had to stand up on stage for 2 hours.

(laughs) I know. Well, Malkovich was the same; he used that theatre skill so he can memorize six pages easily. Still, he was doing some work before coming in and he was doing some rehearsal with Melissa. I’m not a big fan of over-rehearsal because I think when an actor does too much rehearsal he knows already where he’s going. I like to leave it open to be in the moment there. I think a good rehearsal is more of a cold reading and just talking about the scene and asking the motivation of the scene. That’s the best rehearsal instead to trying to play the line. I always ask, don’t play the line. When we do the rehearsal, just read through like you’re reading a book. Leave the emotion away for the moment. You never know what you want to happen when you’re shooting. Maybe there is something accidental that happened that you want to pick and they have to be ready to be in the moment. 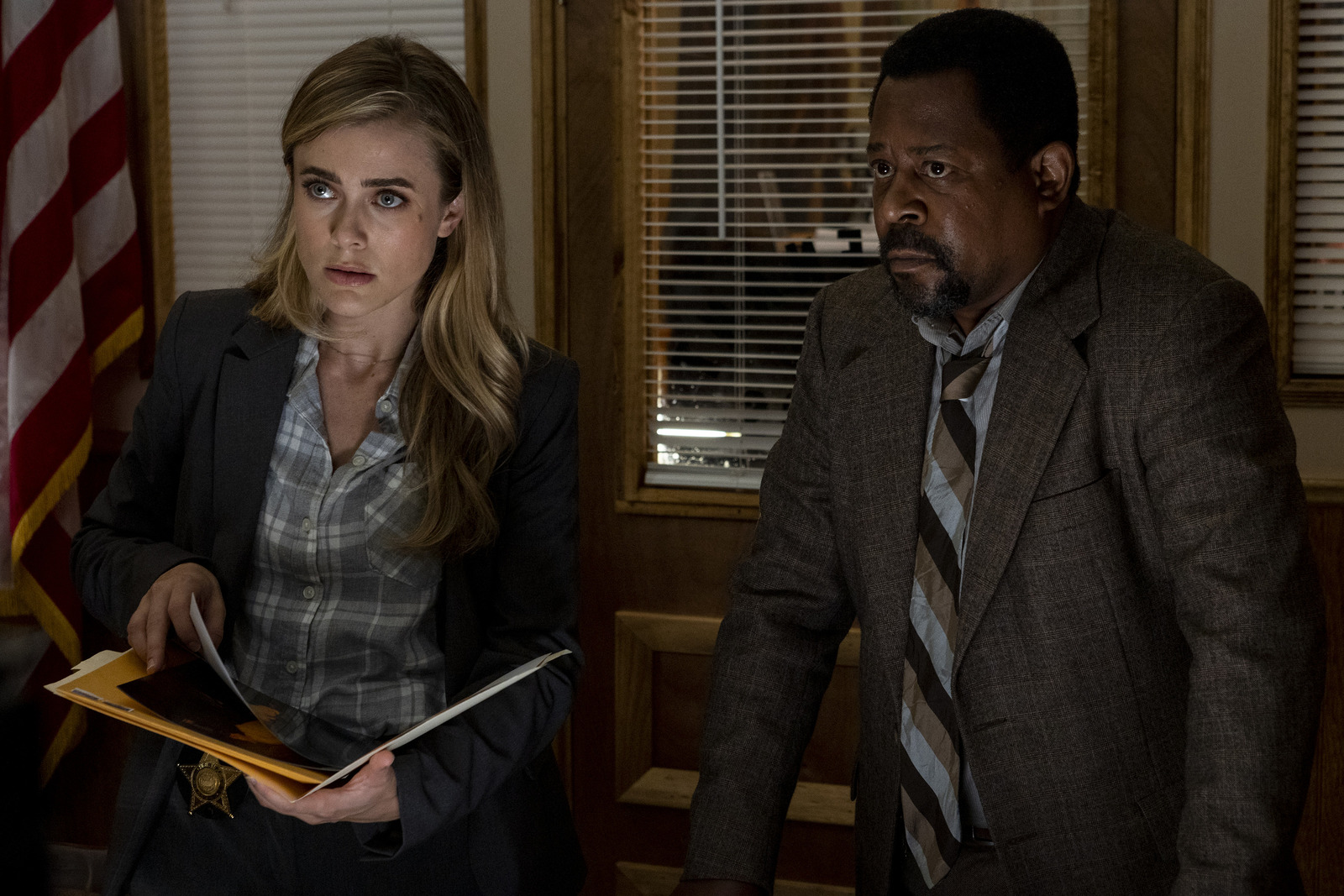 I’m a big movie score fan. I listen to movie music all the time. I love the score from Leonardo Bernardini. How did you go about creating the right musical sound for the film?

Yes! Leo is fantastic. He overworked more than he had to on this film. He really put his love and heart in this; the music that you see is only half of the music he produced for this film because he comes from a background of pop music. He was working with a singer and then he came here and started to sink more into scoring films and has an academic ability to score. We were using Bernard Herrmann as inspiration. In fact, he even bought a library of Herrmann samples and we got some viola or cello to do some actual recording in his studio. We talked a lot about psychology over all of the music so it’s a little different than the music that you hear these days on movies or this type of budget. I’m glad you noticed that, he would be very happy to hear that.

It was refreshing to hear because I think the movie score isn’t quite what it used to be. I think over the past few years there’s less melody to it. Most of the time with modern blockbusters, it’s just a lot of noise.

It was not an easy film to put a theme to. A theme comes in the moment where you have something happening but with no words. It is more like a passage from something to another place or a moment of intimacy where there’s not much talking. He was struggling because he said, “I don’t have enough footage and how do I introduce a theme every time? How do I Introduce a theme?” He has to go up very quickly. He was happy with the end because he was able to do a more articulate theme which I loved; that last scene I particularly loved. 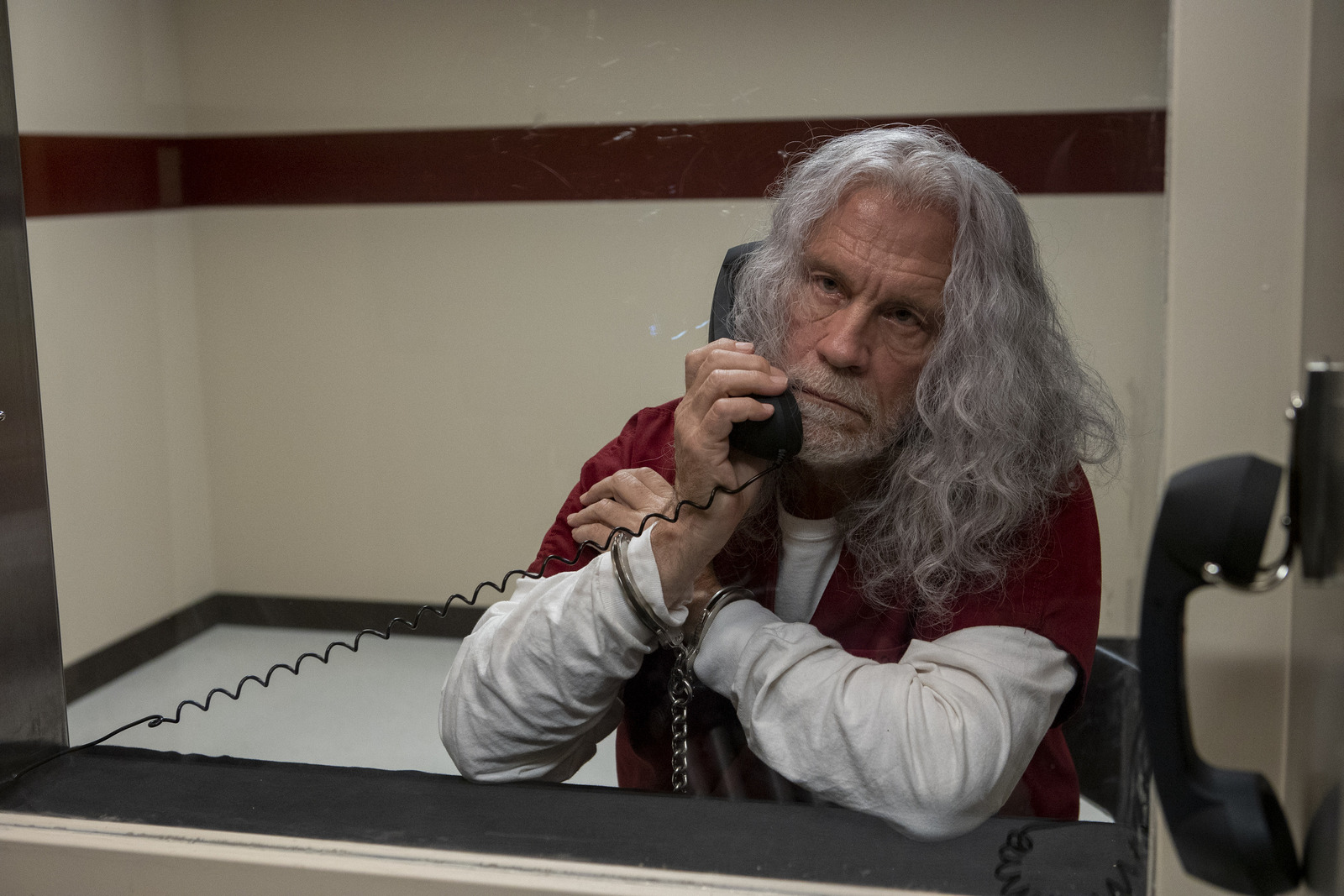 It’s interesting that you never actually see the kills happening. It’s pretty much left to the viewers imagination. Was that important to you to do?

Yes, because I didn’t want to do something like you see in a horror movie where you bank on the blood. I wanted to make it beautiful, but at the same time creepy. I feel the outcome is more important and the process you can see detailed. Why see the killing? I thought the killing was not important.

Agreed. It works so much better. What would you like audiences to take from Mindcage?

I think that there is some mystical element connected to the painting and to the angels and to the art. I am more interested for the audience to perceive that and have that experience of the mysticism that is in the film. It’s more like absorbing the tone. More than judging the story or looking at the story. Everything is on the surface. You can look at a film and say, okay, a good beginning, good acting, the action is good but you do not care. I mean, does it leave you some kind of mystical feeling? Do you retain something out of this that is not just the story? It’s the vibe. That would be for me the best success if somebody kept some feeling because of it. One of my favourite movies is Blade Runner. With Blade Runner, besides the fact that is an amazing film, what I like is the feeling that I had of that Los Angeles, that atmosphere and I like the kind of mood that stayed with me. If I can leave a little of the mood of this film into the audience’s mind, that would be great.

Thank you so much for taking the time out to chat and all the best with the film.

MINDCAGE will be in Select Theaters and on VOD December 16, 2022.