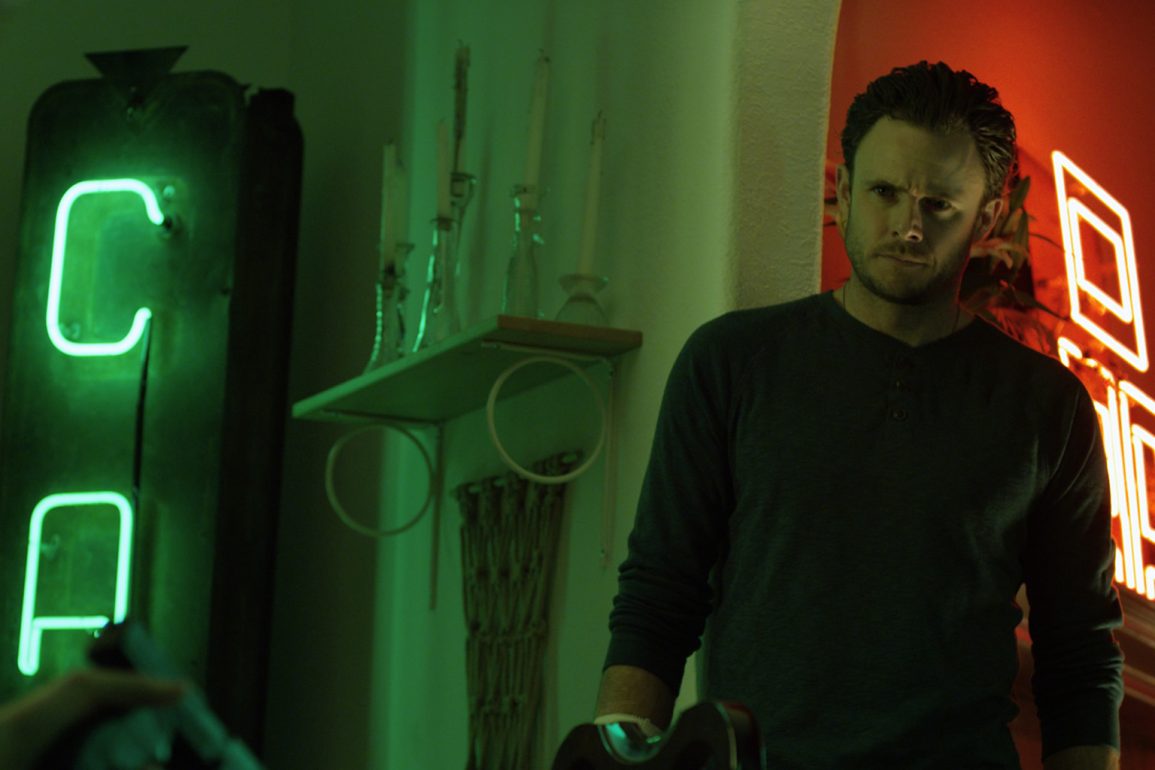 Interview with Armin Siljkovic on Death Waits for No Man

Expected to release late 2017/early 2018, it’s the unnerving and complex chronicle of a neon art collector that seduces a lone drifter into killing her abusive husband.

We spoke to Siljkovic ahead of the release.

Q: Tell us about your beginnings in film…

A: I started making short films as a way to learn how to make movies. I didn’t go to film school and I always wanted to direct the screenplays that I wrote. So the only way was to go out there and make short films and learn.

Q: Is there a genre you think you gravitate towards more than another?

A: I gravitate towards thrillers and film noirs. I like the darkness that they bring to cinema, not just visually but emotionally as well. Film noir is a genre that tends to challenge the audience as much as entertain them, and I love that.

Q: How do you categorise Death Waits for No Man? What category would place it under if you were running iTunes?

A: Technically it would be “thriller” but it’s a modern film noir.

Q: Looking at your back catalog, it would seem you’re a filmmaker that considers substance as important as style, much like the classic filmmakers.

A: I think you can only go so far with style in a film. You can have a beautiful, stylish film that will keep the audience engaged for 20-30 minutes, but then what? You need substance in the form of great characters and a story to sustain the movie.

Q: How important is sound to you?

A: It’s just as important as the cinematography. I’m fortunate to have a great sound designer and composer in Joseph ‘Sloe’ Slawinski. I’ve worked with him for years on my short films. He’s a real artist when it comes to sound and how it affects a scene, the characters, and the movie as a whole.

Q: Where do you think your strengths lie as a writer?

A: I think writing compelling characters and then putting them in crazy situations is my strong side. But I’m sure most writers would say the same.

Q: What about as a filmmaker?

Q: Is there a moment in the film you’re especially proud of?

A: There are a couple of really intense scenes that I was nervous about, but the actors did a great job and pulled it off. You can write a great, tense and suspenseful scene, but you need the actors to actually bring it to life and make it believable. And I think they did on Death Waits For No Man.

Q: Had you worked with Bradley Snedeker before? Looks like he has those classic Hollywood-looks and could go far..

A: This was the first time working with Bradley. He doesn’t just have the “classic Hollywood look”, he’s also a great actor who understood the part and worked really hard. It was a difficult part for an actor — he had little dialogue and had to communicate a lot non-verbally, while at the same time being someone the audience can identify with.

Q: How is he to work with? Was he collaborative?

A: For sure. All the actors were collaborative and showed up prepared and ready for battle. You can’t ask for more as a director.

Q: Where did you shoot?

A: We shot Death Waits For No Man on location in Los Angeles.

Q: Is the location as much a star of the movie as the actors are?

A: Not the location itself, but I would say the art design is. Every room is designed with a particular color in mind, and we used neon lights in different colors to accentuate the colors and art design.

Q: Where can we follow you and the film online?