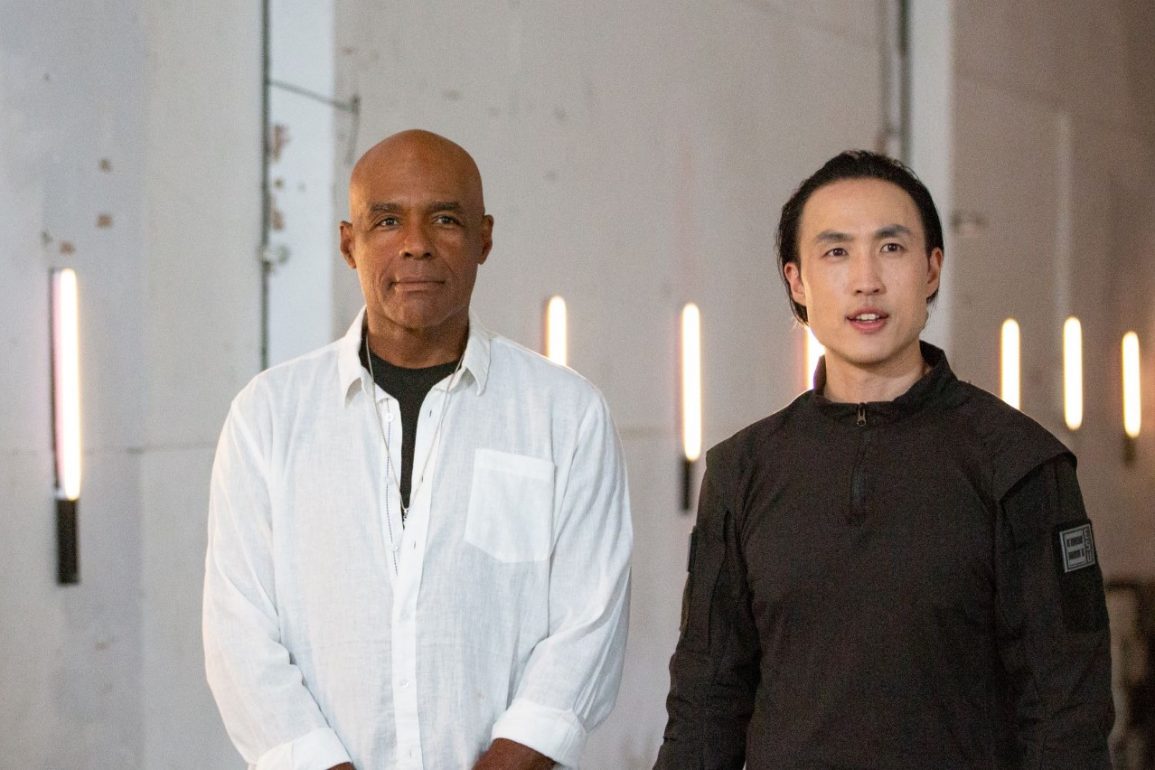 Derek Ting, writer/director of the new sci-fi actioner Agent Revelation, talks about his plans for a franchise.

How does Agent Revelation differ from your other work, including Agent 1?

Agent 1 was more of a pilot feature/prequel to Agent Revelation to see if I could direct action and work with my stunt team, Action Factory, who’ve been the teams behind top action blockbusters.

Agent Revelation builds upon the knowledge I gained: stunt rigging, pulls, etc. with so many more action pieces(10+), and then combines it with 500 stunning visual effects, and award winning sound.  With the exception that it doesn’t take place in different countries like my other movies, it’s my largest endeavor yet in both budget and scope.

Was it always the plan to play the title character?

Being the lead actor puts me in the quarterback position to hand off the ball to the running back, pass to a wide receiver, etc.  I think that’s why I’ve been able to release 4 features in the last 8 years.  I’m consistent, know how to lead the team down the field, and ultimately score.  Knowing first hand what it takes, it has helped me grow faster in the areas of writing, acting, and directing.

Looks like you wore more than a few hats on the film! Was that a challenge!?

Absolutely! It’s tiring when directing because you are working to make sure you get all the shots you want, meanwhile sometimes I have to rush off to get wardrobe on, or do makeup.  I run multiple takes, and then review on the monitor, and then make adjustments as needed.  It is its own process, but I think we’re seeing a lot of actors getting involved in the process because it gives them more control to ensure something is good.

Did you choreograph all the stunts and fight sequences?

No way.  This is my second time working with Action Factory who are top in the business.  Joe Fidler, was the stunt coordinator (Netflix’s Punisher), and Alvin Hsing (Netflix’s Luke Cage) was the fight choreographer.   Urs Inauen coordinated the rigging.  Anthony Oh is my stunt double and I was very lucky to have him not just because of his attitude, but he’s so versatile as a performer: leaps, falls, pulls, and the fighting.

Chad Bennet(Tactical advisor) worked with me on the 1 min 30 second continuous fight sequence.  For that particular sequence I was much more hands on in the design because you have to stitch multiple sequences to make it look like 1 take, and it’s all me without Anthony making me look good.

I would say the main thing I do as the director for the choreography, is that I ultimately decide what ideas to keep, how to stitch them together, and dictate the style of the filming which I want clear and realistic.  I can’t stand action in movies where you can’t see what’s going on.  It drives me nuts. 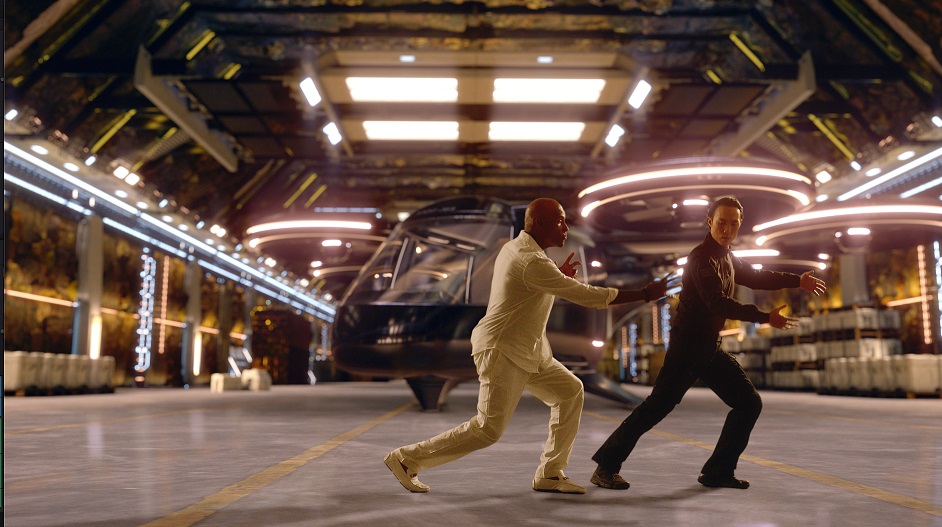 Any background in fight training or martial arts?

I started doing Tang Soo Do(the only martial arts school in my hometown) as a kid, and in college I did Hung Gar Kung Fu and Tae Kwon Do, and a little Jiu Jitsu (during the days when the UFC was just starting with Shamrock, Gracie, etc.).  In Hong Kong, Thai Boxing is actually really popular so I train in that, and that really changed my technique to get more power.  I trained at a UFC gym in New York so I’d be ready to work with the team.  I love boxing actually.  But still, I feel I have so much more to build upon.

How much did you work with Michael Dorn on his training and fine tuning his character?

Michael’s very fit and had studied a lot of martial arts(in particular Tai Chi) because his character Worf in Star Trek’s battle techniques were based on it.  So in terms of the physicality, I didn’t need to adjust too much.  He showed me a Tai Chi form he had learned in training for the character Worf on Star Trek The Next Generation, so I adjusted it to the beats of the script.  Michael had his character from day 1.  He was so solid and great on every take, that sometimes, I would push him out of his comfort zone to try something different, just to see where that would lead.

What were some of your influences for the film?

Aliens, Predator, Empire Strikes Back, and of course Star Trek.  I love Michael Mann’s realism in Heat for weapons use.  I liked Blade Runner 2049 lightning.

Did you encompass any injuries on this one?

I got hit in the head by the “Butcher” character, the Alien with the blades.  I think I saw stars, but I was fine after a few minutes.  I was trying to get close when he was swinging them at me to increase the danger, but I lost concentration on one of the takes, and BAM.

On the 1 minute 30 second action sequence, I slid on my left knee like 13 takes.  Even with pads(a specialty of Action Factory is that they make and sell their own), it takes a toll on your body when it’s concrete.  I still get a sharp pain every so often out of nowhere, but hey I guess it’s something to tell the grandkids.

What are your plans for 2021, sir? maybe another Agent film?

Yes!  We had a screening for investors this summer, and so we got greenlit to make number 3!!!  I’m writing the script(it’s very far along) while doing this interview.  How big the budget we get, will largely depend on how Agent Revelation does.  I appreciate all the sci-fi action fans out there, and promise even more fun like spaceship dogfights, tactical weapons and hand to hand combat, as well as expanding the world, concepts, and story.  I am very fortunate to just keep working, getting better and better, and sharing the fun I’m having with all of you!