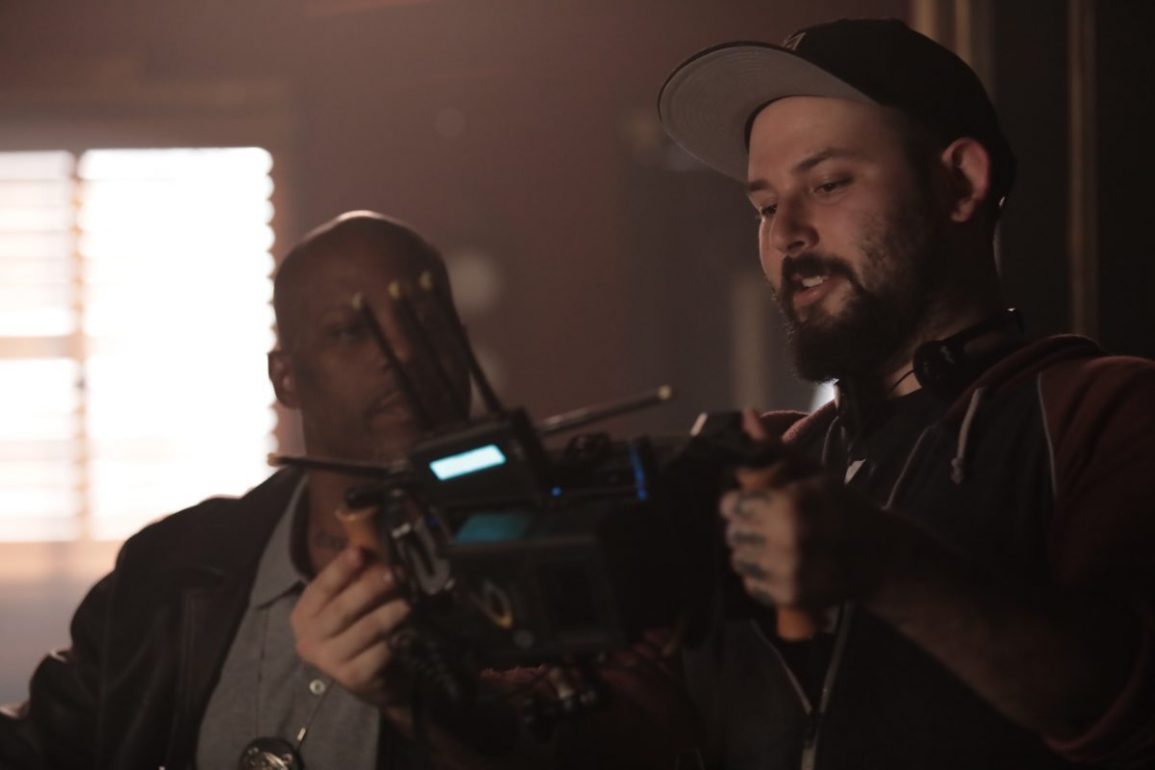 We recently caught up with filmmaker James Cullen Bressack and chatted about his latest project – a  thriller called Captors.

SYNOPSIS: Human trafficking victim Alys narrowly escaped her captor ten years ago. Now homeless and troubled, she finds hope when a relative leaves her his house. But after moving into the remote, snowbound mansion, Alys is haunted by horrific memories and surreal hallucinations — and after finding a DVD with her name on it, she is forced to confront her own past. Are the dangers Alys encounters just a fever dream, or are they real, and deadly? This chilling horror-thriller stars Bruce Davison (X-Men franchise).

Today we’re going to talk about your new film Captors or Alone as it was previously called; what do you call it?

It was called Alone when I was filming it, but it’s called Captors now. So I call it Captors (laughs).

What drew you to the script initially?

The thing that really interested me about this project not only were the themes and the tone of the project, but for me, when I read it, I saw an interesting challenge of making a movie that predominantly follows just one person and you can’t fall into basic coverage. I had to shoot every scene uniquely because I’m shooting just one person. So how do I make that interesting and how do I make the camera work evolve as the character is going through all these different things? There was a lot of room to play with camerawork and lighting in certain aspects that I would not normally be given in other movies. 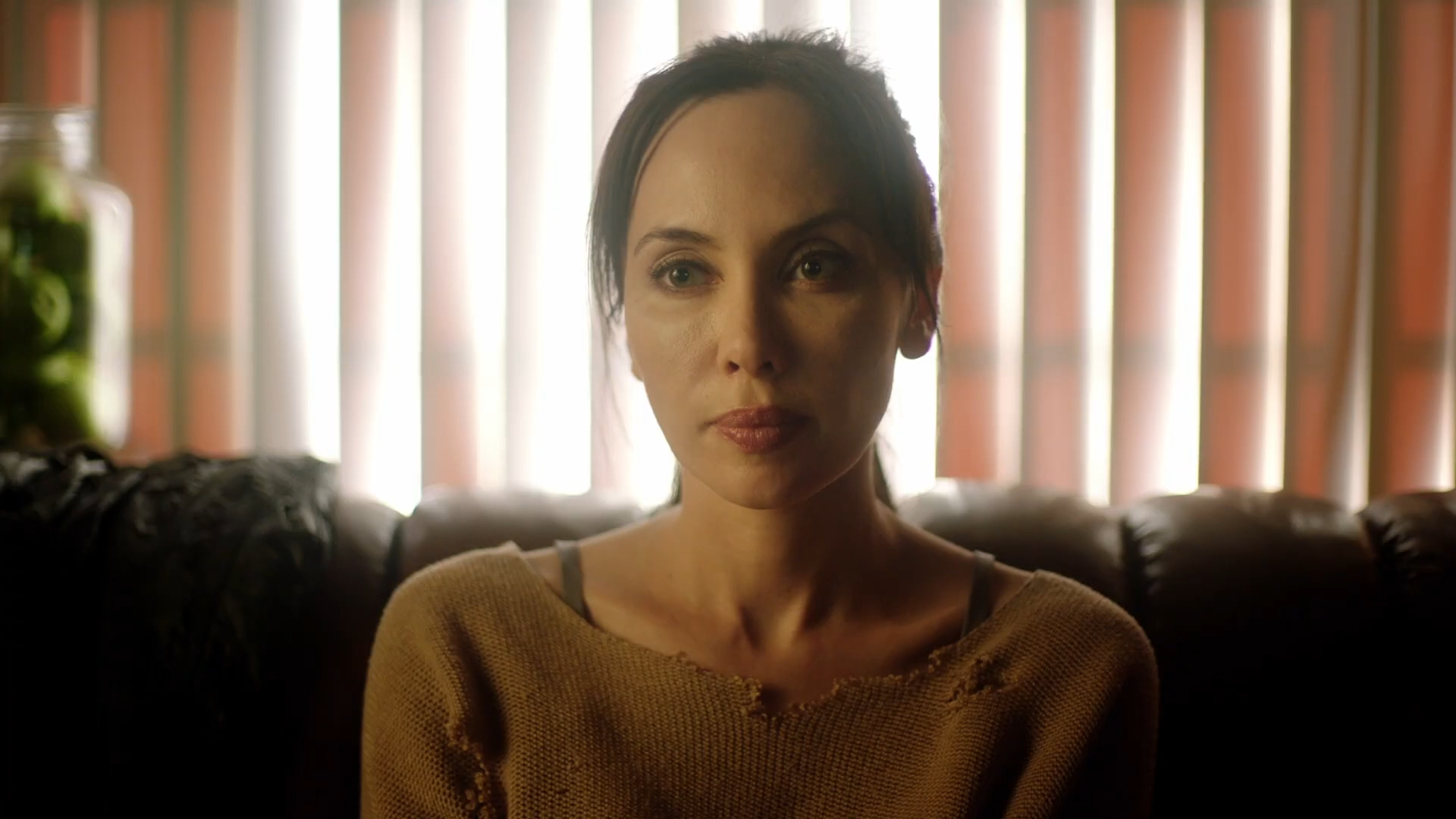 It’s a challenging subject matter; did you do any kind of research into behaviors of victims?

Of course, yeah. Not only did I do extensive research, but I actually talked with a psychologist just to understand mentally what somebody would be going through. Yulia and I were discussing that. Because her character doesn’t have a ton of dialog, how do we represent that through like body language and through facial expression? So we kind of got into those aspects because how do you tell this story without nonstop dialog? I mean, that was the real challenge of the whole movie was, how to tell a story where we’re really following just mostly reactions and actions and through the camerawork and through the lighting and through what she’s seeing and the visuals and her behavior, I think we accomplished that.

It’s almost taking it back to the silent era where you have a story without dialog and while watching I was thinking this actually could work without any dialog at all.

Yeah, I thought that was fun. It was interesting. It’s actually a very dark movie so it’s weird to say it was fun to make, but it was fun to experience that challenge of how to tell that story.

What was interesting is that you don’t see any of the assaults happening. It’s just implied. I always feel like you don’t need to see it. Sometimes movies go a bit too far and can venture into exploitation. Was it important to make sure that and never went too far?

Yes, I thought it was very important because I thought for me it was more about what the situation like we understand what happened, but it was more about how it affected this person versus understanding exactly what happened. There’s hints of it but there’s a big theme in the movie where he talks about the black door and that’s almost like a black door is this mental thing inside her head where she had blocked out certain aspects of stuff. So there are things that are that are just blocked in her mind that she’s not allowing out because she doesn’t want to relive and re-experience those moments.

One of my favorite aspects of the film is Bruce Davison; can you talk about creating the look of the character with the mask?

We were trying to make Bruce Davison unique, but also there was like some sick, ritualistic pleasure he took in this. It was almost like the mix between a serial killer and almost an S&M character and that’s kind of where we went with it. I think that kind of worked in a sense, because his character felt like almost like a twisted S&M version of John Kramer from Saw. He believed he was helping people by putting them through these horrible things.

I was reading about the snow scenes, which you filmed in Sequoia National Park, and that sounds like you had all kinds of fun; can you talk us through some of the stuff you had to put up with there.

I mean, we were filming. It was very, very, very snowy and I was definitely not prepared to be in that level of snow. That was, I think, my first time ever seeing snow because I grew up in Los Angeles. I remember Yulia’s character was supposed to wear this jacket and we’re doing the first shot and she’s walking through the snow, wearing a jacket, and the jacket is just fitting her. It’s this small jacket, she’s a smaller lady, and she’s wearing this small jacket. I’m looking at myself. I’m wearing this winter coat. It’s this big jacket and I thought no, she needs to wear my jacket because it’s supposed to be a jacket she took from the house that could have been a guy’s jacket. So that’s how she ended up with this oversized jacket. There I am, off camera calling cut while my teeth are chattering. Freezing because I don’t have a jacket. It was definitely challenging and when the snow’s coming down real hard that’s real snow coming down real hard. 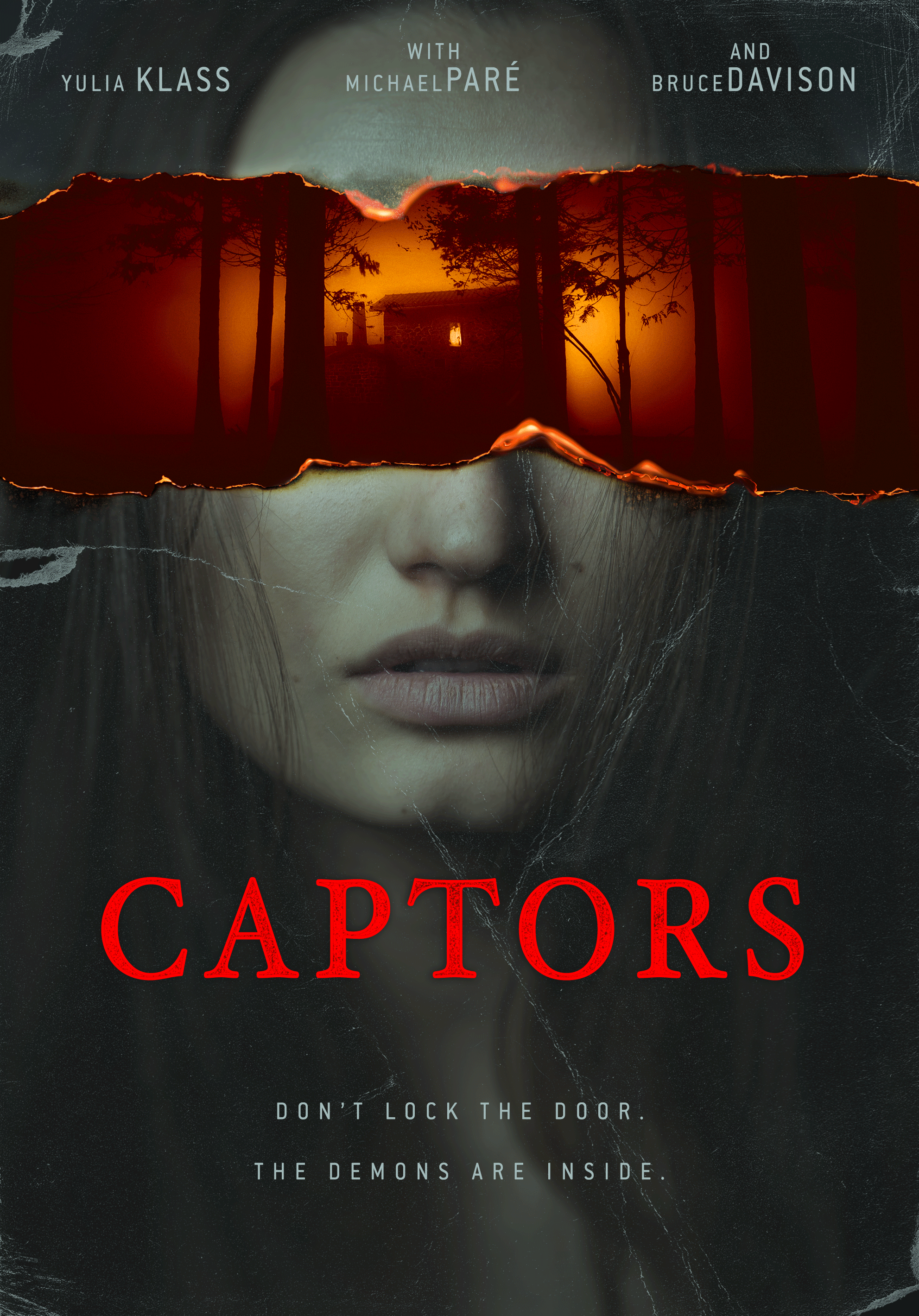 I’ve also been enjoying watching your videos with Film Courage on YouTube where you’re discussing filmmaking.

You were talking about the transition from horror to action and it got me thinking. Do you think horror movies can sometimes benefit from a lower budget? I think when it comes to horror, the grittier, almost documentary type look, it can make it feel more realistic.

You know, it’s definitely interesting because with horror you’re getting into a person’s psyche and getting into their mind. Roger Ebert used to say that the best way to get into somebody’s subconscious is through fear and I think it does. We see that all the time within the news and within the world. Fear triggers reactions so I think the grittier and more real something feels, the more scary it can be. But on the flip side, the more fantastical can also be scary. I think it just depends on what the story requires but I definitely think horror does function well on a tighter budget at times unless you’re doing like a Guillermo del Toro type horror movie.

Or The Conjuring Universe.

How do you go about creating the music for a film like this?

I worked really close with CeCe, our composer. She was really great and I kind of wanted it to be this fantastical, magical score that was very dark at times. So it’s almost like it was dark and real but then in certain moments, it was it was fantastical when she’s escaping or when she’s seeing the house for the first time. Everything for me felt very much like a Roller coaster of the emotion that her character was experiencing. I wanted it to have a classical tone. So we used more classical instruments, like piano and wind chimes and violin and strings, cello and stuff like that. I really wanted it to feel very much tied to the emotion of the character.

Having worked on horror and action, is there another genre you’d be interested in trying in the future?

I just recently directed a comedy and in the past, I directed an animated movie so I just like trying new things. I like doing all different genres. For me, if I connect with the story and I connect with the characters, I do that. I don’t really subscribe to the idea. It’s interesting because I did a whole bunch of horror movies at the beginning of my career and everybody called me a horror filmmaker. Then I did these back to back action movies, and everybody called me an action filmmaker and I’m just trying to be a filmmaker. I’m not trying to be a specific genre. I’m just trying to do stuff that I think is cool.

What would you like audiences to take from Captors?

What are you working on at the moment?

Well, that sounds awesome. Best of luck with that and thanks for taking the time for chatting with me.