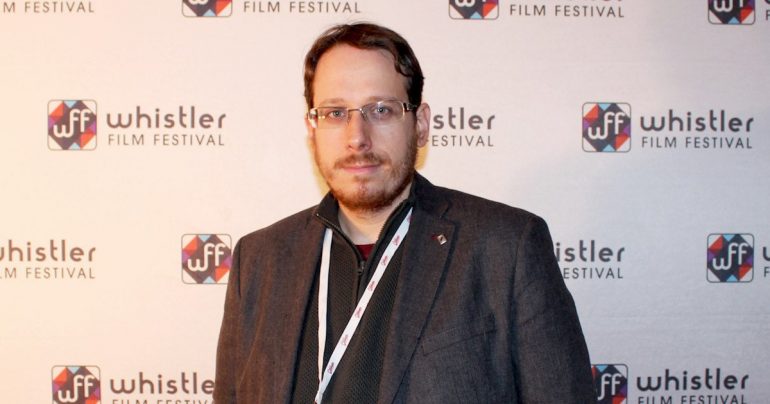 Justin McConnell, writer/director of Lifechanger, tells us he started his career just like anyone else – blowing up toy buildings by making one out of taped together paper, filling the inside with matchsticks, and hitting it with a BBQ lighter.

When did you start making movies – not produced features but just for yourself. As a kid?

Around the age of 12 or 13. The first ones were really rough stop-motion experiments with toys. I remember I blew up a ‘building’ by making one out of taped together paper, filling the inside with matchsticks, and hitting it with a BBQ lighter.

Do you remember what you’d shoot on?

The first camera was a borrowed 8mm video camera, and then a bigger shoulder-mounted VHS-C. I shot my first short film RETRIBUTION OF THE MEEK (yes, the title is based on a Magic: The Gathering card), on the borrowed 8mm. Looking back, it was heavily inspired by Henry: Portrait of a Serial Killer. Like, Henry in High School, or something. Eventually toward the end of High School I saved up money and bought a Sony TRV-110, which was a Digital8 camera. It had the ability to shoot Digital8, Hi8 and play back 8mm all at once. I still have that camera, and it still works fine. It even has Firewire, so it comes in handy if I want to shoot something now that looks really dated.

What kind of films were they? horror movies – not unlike Lifechanger?

‘Retribution of the Meek’ was definitely a horror movie, complete with my first experimentations with fake blood recipes and home-made air-pressure squibs. I remember we were shooting this effect where a shotgun blows the back of a character’s head off, in the basement in my house’s wood room, against porous concrete walls. The gag was done with a long piece of tubing attached to a hand-pump garden sprayer. It just wasn’t firing right, so we’d move to a new clean patch of wall until it did. What we didn’t know is the blood was impossible to fully get out of the porous concrete, and even after painting the stains would show. I probably drove the property value down. I think the new owners of the house put up shelving all around to cover it up. My first feature STRATA, which I shot in High School, was more of a thriller/anthology about two souls caught in a Karmic loop through four stories. And I played a bible-obsessed chainsaw killer in my friend Joe Styles’ short BIBLE THUMPER. So, mostly horror in those early films.

Did your folks encourage you to partake in a career as a filmmaker?

They were supportive, but like any parent worried, because it’s not an easy route to making a living at. And coming from a small town like I did, it was a pretty big leap to go from there to believing I could make it in what I’m sure they saw as ‘Hollywood’. I kind of targeted more toward the indie scene, and started up a fairly successful (eventually) production/post-production company, so I think over time they’ve definitely come to accept it and encourage it more. But for quite a while I would have to turn to them for money to stay afloat, and I know that strained things a bit. But they were definitely as encouraging as they could be, while still remaining pragmatic about it.

What was your first movie after High School?

My first feature was technically STRATA, but officially the first feature I made that got any kind of real distribution was the documentary WORKING CLASS ROCK STAR. How do you think Lifechanger compares to it?

I’m not sure I can compare it at all. It’s a documentary made on pocket change, slowly over a period of years. It’s rough around the edges, and has a very limited audience. If you’re comparing it to my true first feature film, STRATA, then Lifechanger is obviously much more accomplished. But I’m now realizing there are thematic similarities, because in STRATA multiple actors played the same ‘soul’, and in LIFECHANGER multiple actors play the same character. But if you count STRATA as my first feature, that would make LIFECHANGER my sixth. And doesn’t count a bunch of short films and music videos as well. That’s a lot of added experience over the years, so if they were comparable on a quality level, I would probably have to give up.

Who were the first people you showed Lifechanger to?

Some of my producers would watch early cuts as the edit would go on, but I actually held a test screening of the film, in an longer form with temp score (it was a 104 minute version). This was in March of 2018, four months before I premiered at Fantasia. That was really useful in finishing the edit, as the feedback in that zone helped inform what problems the film had that needed to be worked out. More indie filmmakers should probably do something like this, mid-edit, as it’s easier to fix something then than it is when you think you have a locsked cut. Funnily enough I’m currently reading Don Coscarelli’s book’ True Indie’, and I recently read that he did the same thing from early on. It really makes a lot of sense to me.

How important a marketing tool has the internet been for the film?

The internet is the major marketing tool for any indie film now. The ones that really break out are a mix of properly targeted press online, and strong word of mouth. But even the word of mouth happens on social media now, more than anything else. The internet both helps indie films thrive, and floods us with so much content it’s easy for a film to get lost. There’s a lot of ‘noise’ to cut through. Luckily, we’ve had really good traction with ‘Lifechanger’.

What do you think Lifechanger offers for horror buffs that they mightn’t have seen before?

Everything has been seen before, in some way or another. Or at least everything can be traced back to influences. But I do think this presents a shapeshifter character like we haven’t witnessed in cinema before, especially not from this given perspective. I just think (or more realistically hope) horror buffs will find a lot to like in the film. We tried to do something that would stand the test of time, from story to the practical effects. Hopefully it does.

LIFECHANGER is on VOD in NA 1/1/19 from Uncork’d Entertainment.